Endocrinologists are sounding the alarm about a bone density study that could be used to obscure the health risks of puberty blockers for kids who want to change their sex.

The authors of the study found that bone density did not decline in growing children who use hormones to alter their biological sex — a finding they cast as positive. But two endocrinologists say the authors are misconstruing the results by downplaying the fact that these kids should actually be seeing a dramatic increase in bone density.

Particularly alarming, the endocrinologists said, is a line in the conclusion of the study in which the authors suggest using the results to create a new “normal” for transgender kids, which would hide the impact of the puberty blockers on their bones. 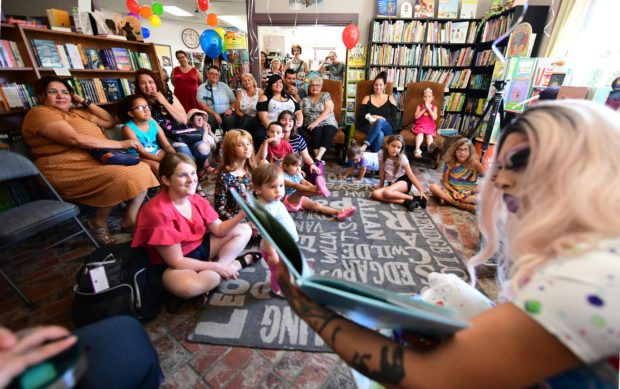 “We suggest that yearly DEXA scans may not be necessary,” the authors write, referring to the scan for bone density. “We also suggest that reference ranges may need to be re-defined for this patient cohort.” Simply put, they suggest a different standard range for transgender kids. Two authors of the study could not immediately be reached for comment, a third did not respond.

“This is extraordinarily deceptive,” Dr. Michael Laidlaw told the Daily Caller. As an endocrinologist, he’s an expert in gland and hormone disorders, as well as metabolic bone disorders and the treatment of low bone density conditions including osteoporosis. “The adolescent years are a critical time for developing bone mass.” (RELATED: Child Drag Queens: A Pride Month Media Obsession)

The study analyzed the bone density of 70 boys and girls over a period of three years, as they were undergoing treatment for gender dysphoria by means of puberty blockers that interfere with hormones. The results show no meaningful change in bone density year to year, but registers a sharp decline for both boys and girls in bone density relative to their peers.

“What is alarming is that the initial conclusions by the authors was one of relief that there was not a decrease in bone density,” Dr. William Malone, another endocrinologist, told the Caller. “I would have a different interpretation of that data. My interpretation would be that as expected, halting puberty halts normal bone density development in adolescents, and quite severely.” (RELATED: The Most Cited Study In The Transgender Athlete Debate Is Bad Science)

Malone and Laidlaw pointed to the “Z-score” in the chart released by the authors, which measures a participant’s bone density relative to other kids of their age and sex. A score of 0 would put a person in the 50th percentile of bone density for their age group, which means their bone density falls within the average. The girls in the study scored -0.715 after a year on puberty blockers, which put them in the 24th percentile — below average for their group. Two years later the score dropped to -2.

Screenshot/”The effect of GnRHa treatment on bone density in young adolescents with gender dysphoria: findings from a large national cohort”

Malone said the halting of bone development indicated in the study would be considered a “diseased state” under normal circumstances. “Under normal circumstances this finding would represent a diseased state that would normally trigger a vigorous investigation for the cause, so the drug is essentially inducing a diseased state,” he said. “In medicine we call that iaphrogenic — an abnormality or a disease caused by the treatment. It’s not a good thing.” (RELATED: Liberals Are At War With Science In The Transgender Athlete Debate)

He posted a series of charts in a Twitter thread demonstrating the way bone density growth happens normally, and how the study shows puberty blockers could negatively impact that growth over the span of a lifetime. Typically, bone density grows dramatically until age 20, then at a slower rate until age 30, and declines slowly from there until death.

PB halts the rapid increase in bone density that should be occurring during this critical time.
Here is a graphic representation of the negative effect of PB on bone density, courtesy of Prof Biggs: >> pic.twitter.com/p9JGc95lzU

Laidlaw concurred with Malone’s assessment. “This is a disease state which is typically diagnosed and treated by endocrinologists. But here it is being done intentionally to stop normal puberty,” he said. “This is extremely unhealthy.”

One of the authors, Tobin Joseph, gave a talk about the abstract last year at an annual meeting of the British Society for Paediatric Endocrinology and Diabetes, but the full study has not yet been released. The society says its aim is to improve care for young people and children with endocrine disorders. 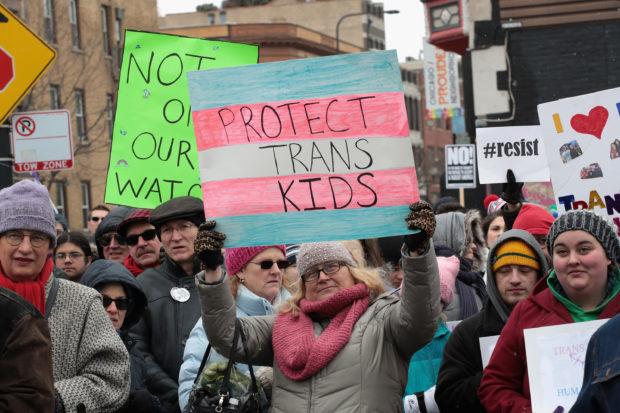 Malone stressed the abstract is a pre-release, and said he’s hopeful the authors will walk back the recommendation to set a new normal range. He said it leaves questions unanswered, such as what happens to the bone density of kids who stop the hormone intervention — do they return to normal bone density levels later in life, or not at all? Medical ethics require more research be done before these treatments are applied to the broader population, he said. (RELATED: ‘Tired Of Being Pushed Around’ — Female Powerlifters Speak Out On Trans Athlete Policy)

“In every other area of medicine, it would require a significant volume of medical literature showing benefit before these interventions were applied,” he told the Caller, citing a finding by the Carl Heneghan, editor in chief of the British Medical Journal Evidence-Based Medicine, who published his medical opinion of hormone treatments for gender dysphoria in a February blog post.

“There are significant problems with how the evidence for Gender-affirming cross-sex hormone has been collected and analysed that prevents definitive conclusions to be drawn,” Heneghan wrote. “Similar to puberty blockers, the evidence is limited by small sample sizes; retrospective methods, and loss of considerable numbers of patients in the follow-up period. … The current evidence base does not support informed decision making and safe practice in children.”