Andrew Weissmann, who served as one of Robert Mueller’s top deputies on the Russia probe, offered a Ukrainian oligarch a sweetheart deal in 2017 in exchange for information on President Donald Trump, according to a new report.

In July 2017, Weissmann, who has been labeled Mueller’s “pit bull” because of his aggressive prosecutorial style, met with attorneys representing Dmitry Firtash, an energy magnate who was indicted on bribery charges in 2014, reports The Hill.

The story cites sources familiar with Weissmann’s offer and defense memos written in meetings with the prosecutor.

One of the defense memos said that Weissmann claimed he could “resolve the Firtash case” by withdrawing charges against the oligarch, who has since been ordered extradited to the U.S. from Austria.

“The complete dropping of the proceedings … was doubtless on the table,” a Firtash defense memo reportedly says. (RELATED: Mueller’s ‘Pit Bull’ Met With Associate Press Reporters To Discuss Manafort Investigation)

Weissmann, who served as chief of the Justice Department’s criminal fraud section before joining the special counsel’s team, claimed that prosecutors were looking for information on Trump’s son-in-law, Jared Kushner, and were also exploring links between Trump’s real estate firm and Felix Sater, a real estate developer who worked with former Trump attorney Michael Cohen on a failed effort to build a Trump Tower in Moscow. 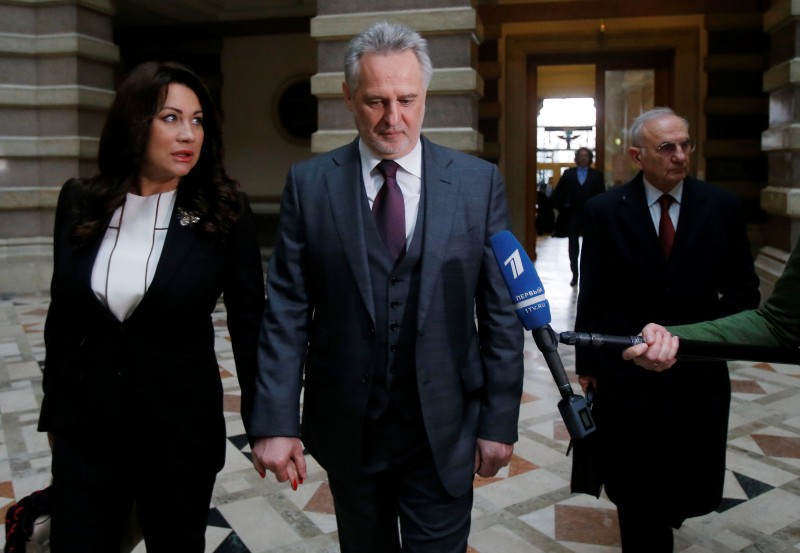 Sater, who was interviewed multiple times by the special counsel’s office, is a longtime FBI informant who has helped the bureau on terrorism cases and in investigations involving Russian organized crime figures.

Weissmann also offered a theory on Paul Manafort, the former Trump campaign chairman who once did business with Firtash.

The prosecutor said “he believes that Manafort and his people substantially coordinated their activities with Russians in order to win their work in Ukraine,” the defense memo said.

Firtash rejected Weissmann’s offer because he was not certain that Weissmann could deliver what he promised, according to The Hill.

A lawyer for Firtash did not reply to the Daily Caller News Foundation’s request for comment about the report.

Weissmann was the lead prosecutor in the special counsel’s case against Manafort, who was sentenced to seven-and-a-half years in prison for financial crimes related to his consulting work in Ukraine. He worked on the Manafort investigation even before joining the special counsel’s team. He met in April 2017 with reporters from The Associated Press regarding the Manafort investigation.

Republicans have been highly critical of Weissmann’s position on the special counsel’s team, largely because of his political support for Democrats. Weissmann reportedly attended Hillary Clinton’s ill-fated presidential victory party on election night in November 2016. He also donated $6,600 to the Clinton and Obama campaigns, as well as the Democratic National Committee.

It is unclear what information Weissmann thought Firtash could offer the government about Trump, Manafort or the campaign.

Mueller, the special counsel, was ultimately unable to establish that Trump or the campaign conspired with Russia to influence the 2016 election. Firtash is not mentioned in the lightly-redacted version of Mueller’s report of the investigation.