While a candidate for California attorney general in 2010, Harris opposed Proposition 19, which would have legalized recreational marijuana use across the state, reported CBS News.

“Spending two decades in court rooms, Harris believes that drug selling harms communities,” Harris’s then-campaign manager Brian Brokaw told Capitol Weekly in July 2010. “Harris supports the legal use of medicinal marijuana but does not support anything beyond that.” (RELATED: These 2020 Democrats Have Their Preferred Gender Pronouns In Their Twitter Bios)

Fast forward nearly a decade, and Harris said during a February appearance on “The Breakfast Club” radio show that she had smoked weed while studying at Howard University. 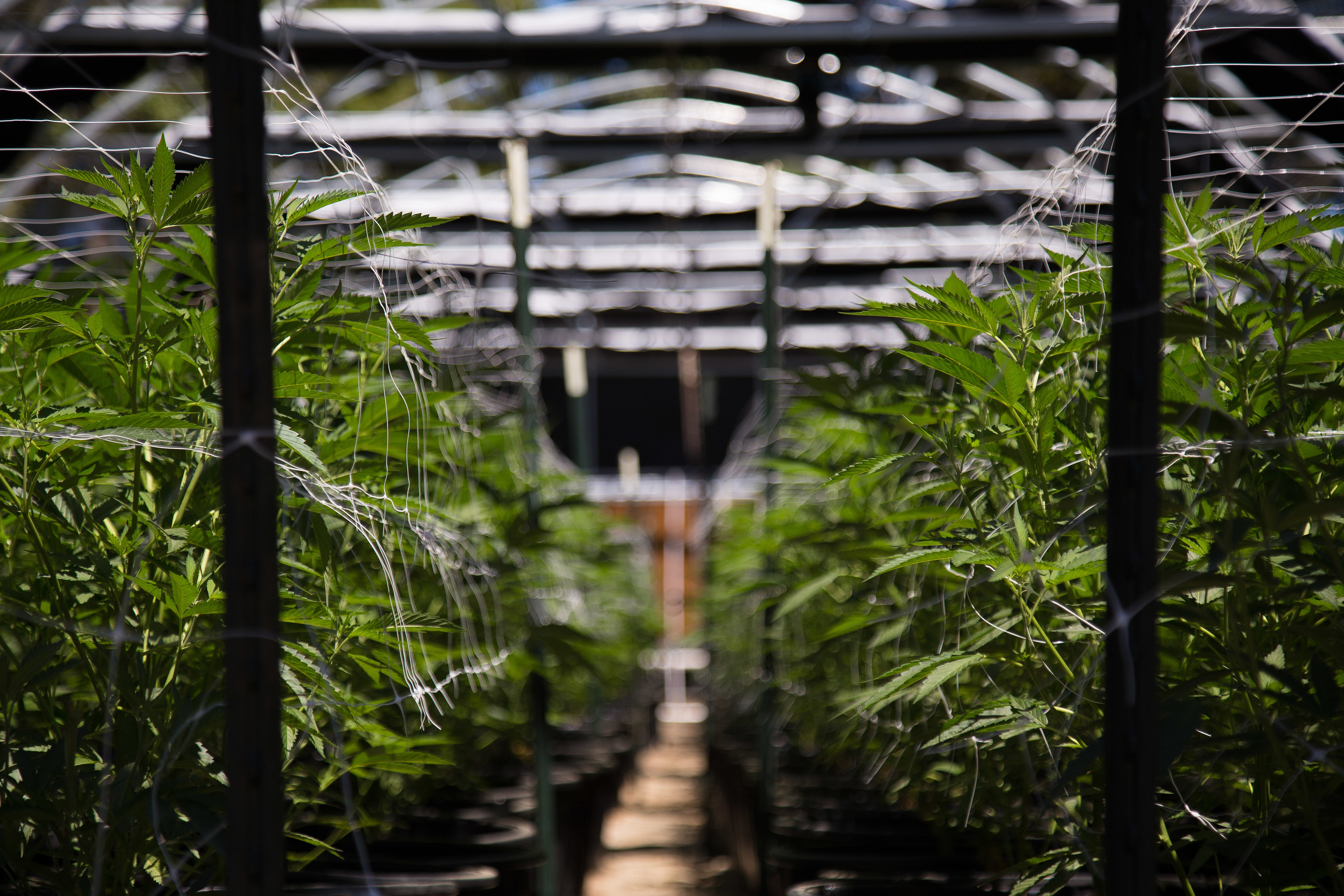 A close-up view of a marijuana farm. Shutterstock image via Ryland zweifel

Harris and Nadler’s Marijuana Opportunity Reinvestment and Expungement (MORE) Act would remove marijuana from the Controlled Substances Act and permit expungements and re-sentencings for individuals arrested on marijuana-related charges, reported The Hill.

“Times have changed — marijuana should not be a crime. … We need to start regulating marijuana, and expunge marijuana convictions from the records of millions of Americans so they can get on with their lives,” Harris said in a statement according to The Hill.

Her proposal would use tax revenue from the marijuana industry to create funds for community reinvestment like job training, grants for small businesses in the industry and more. The funds are designed to help individuals “most adversely impacted by the War on Drugs,” according to The Hill.

The National Organization for the Reform of Marijuana Laws (NORML) endorsed the MORE Act and touted it as “the most comprehensive marijuana reform bill ever introduced in the US Congress” in a Tuesday press release.

“By passing the MORE Act, Congress can begin to remedy the pain caused by the criminalization of marijuana,” NORML Executive Director Erik Altieri said in a statement.

Other groups spoke out harshly against the legislation.

“To be clear, this bill is not a decriminalization bill. This is a bill to legalize the sale of addictive, high potency marijuana candies, gummies, ice creams, soda, waxes, dabs, and concentrates nationwide. It is irresponsible to confuse these two different policies,” Kevin Sabet, president of Smart Approaches to Marijuana, told the Daily Caller News Foundation in an email.

“This bill seeks to achieve some form of social justice, but as we have pointed out repeatedly, encouraging drug use among disadvantaged communities is in fact a social injustice. In Denver, there are more pot shops than McDonald’s and Starbucks combined, and they are disproportionately located in low income and minority communities,” Sabet continued.

Harris’ introduction of the legislation comes as she polls at nearly 13% compared to frontrunner Joe Biden’s 28.6%, according to RealClear Politics’ average.