It’s unclear exactly how much the D.C.-area Metro system spent maintaining the northern Virginia-based toilet, which hasn’t been in operation since fall 2017.

WMATA was unable to provide maintenance invoices for the toilet in the years of 2007, 2012, 2013 and 2014, the inspector general stated in its report.

Welp – Metro likely spent over $500k on a self cleaning toilet at the Huntington Station that hasn’t worked for two years. ???? This from the latest Metro Inspector General report and first pointed out by @amaxsmith @nbcwashington pic.twitter.com/Es2ZlWZBc3

“Based on spending from the previous years, it is probable that WMATA spent over $500,000 on the self-cleaning toilet that has been out-of-service since the fall of 2017,” the report read.

WMATA spokesman Ian Jannetta told the Daily Caller News Foundation following the publication of this article the restroom that housed the toilet was installed in 2003 due to post-9/11 security concerns.

“Given that the circumstances that prompted this initiative no longer exist — i.e. station managers can now grant access to existing restrooms — the Huntington facility was decommissioned and removed earlier this year,” Jannetta said.

“To be clear, the figures quoted recently are associated with the costs of the restroom over a 16-year period,” Janetta said. 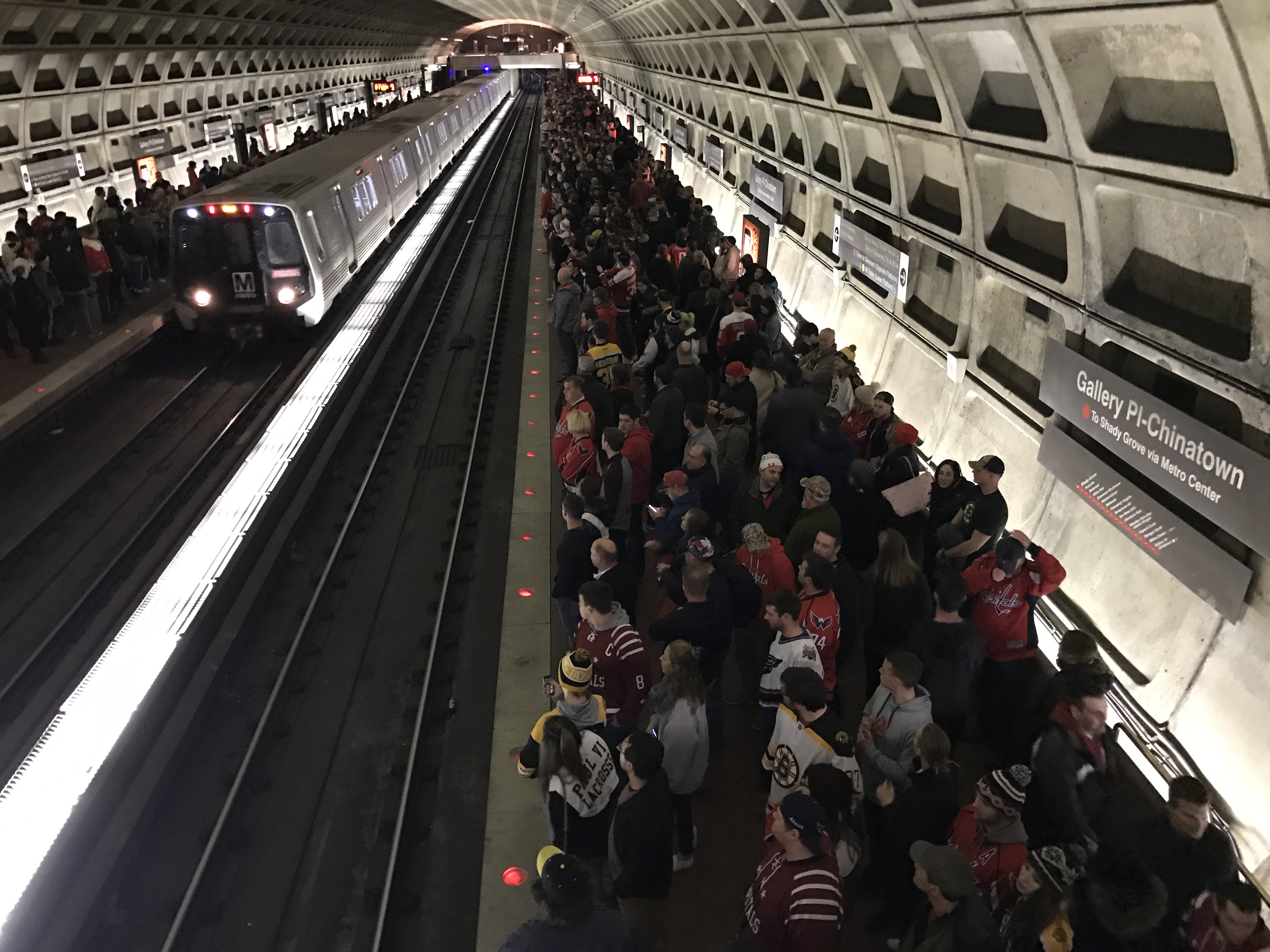 Hockey fans of the Washington Capitals team wait for a metro on February 1st, 2017 after a game at the Verizon center stadium. (DANIEL SLIM/AFP/Getty Images)

Washington, D.C., joined the likes of California; Seattle; Portland, Oregon; and New York in January when its city council voted to override a mayoral veto of its bill to decriminalize Metro fare evasion.

The measure leaves a $50 civil fine as the only penalty available to fare evaders in the nation’s capital. (RELATED: DC Bus Drivers Are Making Well North Of $100k Annually)

“With today’s vote, the Council sent a clear message that it is committed to progressive criminal justice reform that dismantles the systemic racial and economic injustice that has only harmed our communities,” Nassim Moshiree, policy director of the American Civil Liberties Union of the District of Columbia, said after the vote.

WMATA, which opposed the measure, estimated in July that fare evaders will cause the system to lose $36 million in 2019.