Taxpayer dollars could fund Chinese-subsidized buses made in the U.S. if the House version of the 2020 National Defense Authorization Act (NDAA) becomes law.

Politicians such as Republican Sens. John Cornyn of Texas and Mike Crapo of Idaho, as well as Democratic Sens. Sherrod Brown of Ohio and Tammy Baldwin of Wisconsin have argued that the buses should not receive federal grants because they pose a threat to U.S. national security.

Democratic California Rep. Harley Rouda has even gone so far as to accuse one of China’s biggest bus companies, Build Your Dreams (BYD), of having the capacity to carry Chinese spyware.

BYD creates “battery-electric automobiles, buses, medium- and heavy-duty trucks and forklifts” and describes itself as a leader in the “solar-power generation,” according to its website.

The bus company employs about 750 workers in the United States and has a manufacturing plant in Lancaster, California, that rolled out its 300th U.S.-built bus in April 2019. (RELATED: Trade War Development: Trump Ups The Ante On China)

Its buses are in use internationally at airports in Amsterdam and Sydney, as city transportation in London and Los Angeles, and on campuses at Stanford University and Facebook, BYD said in a 2019 news release.

In 2018, the U.S federal budget allocated $8.4 million in competitive grants to electric bus companies like BYD under the “Low or No Emission Grant Program” that provided 300 battery-operated buses split between 41 states throughout the country, according to Forbes.

The Democrat-controlled House, which passed its NDAA bill in July, aims to bar local transit agencies from receiving federal grants to fund rail rolling stock if the manufacturer:

… is incorporated in or has manufacturing facilities in the United States; and … is owned or controlled by … or is otherwise related legally or financially to … a corporation based in a country that is identified as a nonmarket economy country; and … was identified by the United States Trade Representative … as a priority foreign country; and … and is subject to monitoring by the Trade Representative.

The Republican-controlled Senate, however, passed its own version of the bill across bipartisan lines in June that would prevent the same federal grants from funding all “rolling stock” under the same conditions as the House bill, including Chinese buses, rail cars and other forms of transportation used for supportive services.

“Rolling stock” is defined in the Buy America regulations as “transit vehicles such as buses, vans, cars, railcars, locomotives, trolley cars and buses, and ferry boats, as well as vehicles used for support services,” though the House bill specifically concerns “rail” rolling stock.

Cornyn, Crapo, Brown and Baldwin introduced an amendment to the House bill in March called the Transit Infrastructure Vehicle Security Act, which would bar taxpayer money from being used to fund controlled or subsidized rail cars or buses. 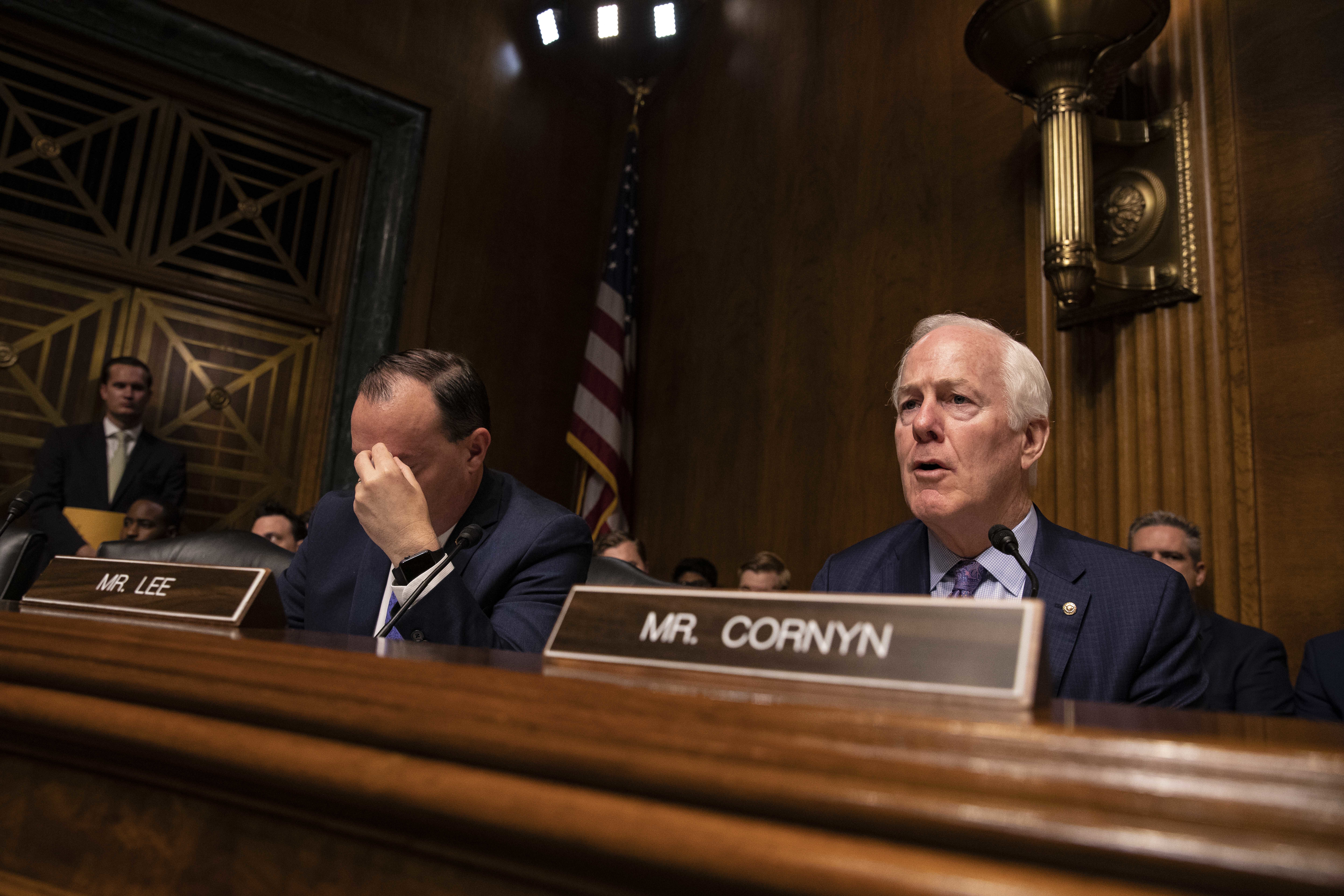 “China’s … weaponization of foreign investment are clearly targeting our critical infrastructure, posing a grave threat to our national security,” Cornyn said in a statement.

“This bipartisan effort to help safeguard our transportation and infrastructure sectors from exploitation is vital, and I’m grateful to my colleagues for joining me in this effort to include this important provision in the defense bill,” he continued.

Conversely Republican House Minority Leader Kevin McCarthy of California, who represents a district where BYD has a factory, reportedly stripped language from the NDAA bill that could have prevented the company from getting federal contracts, according to The Washington Post in May.

Under the Senate bill, BYD would not make the cut for federal aid as it is a Shenzhen-based company subsidized by the Chinese government that has a factory in California.

“We are monitoring the situation in Washington. Together with the union that represents BYD workers, BYD is meeting with lawmakers and influencers in Washington and Los Angeles in an effort to achieve the best outcome for our company,” a ​BYD spokesman told The Daily Caller News Foundation.

“I don’t think it’s justified for Congress to single out these Chinese companies,” Center for Strategic and International Studies (CSIS) senior adviser and Freeman Chair in China Studies Scott Kennedy told the DCNF.

“We already have sufficient protections against companies that operate unfairly, so if they’re underselling because of subsidies, you could use countervailing duties or anti-dumping regulations,” he continued.

“If they’ve made it impossible for others to compete, you can use antitrust regulations so they can be sued. Those seem, to me, to be the most appropriate tools. I don’t see why we need legislation that are connected to the NDAA,” Kennedy concluded.

But BYD’s battery-operated buses (BEBs), while environmentally conscious, struggle in extreme weather, up hills and across long distances, according to a May 2018 Los Angeles Times investigation.

Five politicians, including Cornyn, Crapo, Brown, Baldwin and Rouda, have also accused BYD of building of having the capacity to carry spyware such as cameras, location trackers and other gear, The Wall Street Journal reported in July. (RELATED: Former CIA Officer Pleads Guilty To Spying For China)

“It’s in the national interest to make sure we have viable rail and bus industries and to protect us from spying and sabotage of our public transportation system,” Rouda said.

BYD America spokesman Frank Girardo countered such claims, saying, “There’s no spyware in BYD buses. There’s nobody in the Chinese government that tells us what to do.”

“This idea that the buses will be tools for spying for the United States seems to be the work of very creative imagines,” Kennedy told the DCNF. “I’ve never seen any evidence of spying. I don’t want to accuse members of Congress of anything … but I do think it’s at least a coincidence that those who are most concerned about BYD have competitors in their districts.”

“They’re ought to be more evidence on the table and a conversation about why the tools we already have can’t be used yet,” he continued. 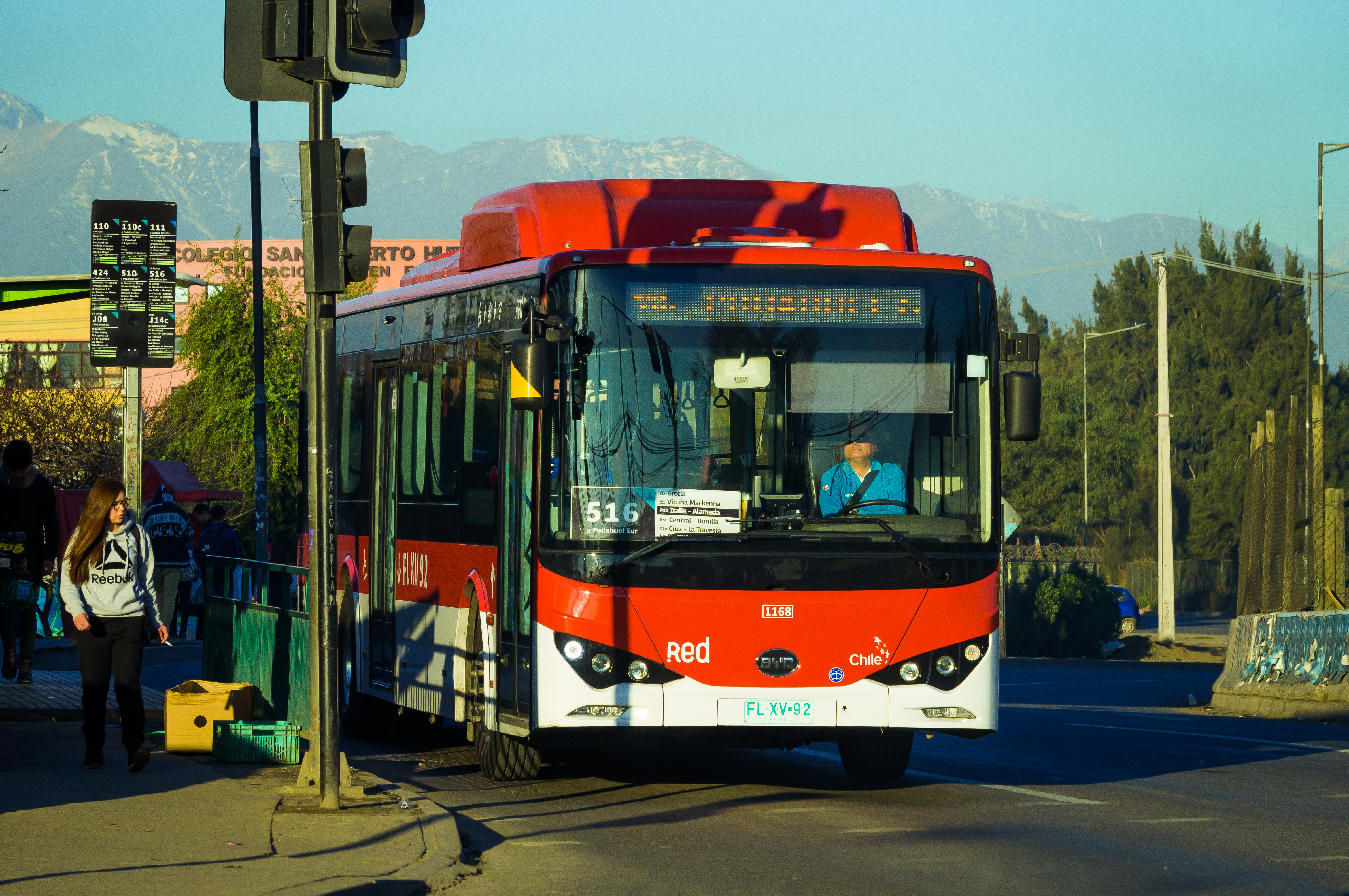 Heritage Foundation policy analyst for defense budgeting Frederico Bartels similarly told the DCNF, “People are just going to use competition with the Chinese as an excuse to protect local companies.”

Jessi Strawn, a spokeswoman from Berkshire Hathaway Energy — a major BYD stakeholder — similarly told the WSJ that the Senate’s “proposed provision, which is being championed by market competitors, would result in higher costs and fewer options for state and local transit authorities.”

The electric-bus market in the U.S. is expected to increase from $745 million in 2018 to about $1.95 billion by 2024, WSJ reported, citing research and consulting firm Prescient & Strategic Intelligence Pvt. Ltd.

Agencies across the U.S. have awarded BYD grants, subsidies and contracts worth more than $330 million since 2008 when it first came to LA for its BEBs, forklifts and trucks, The LA Times reported. However, some cities have filed complaints against the company for dysfunctional vehicles.

The city of Albuquerque, New Mexico, sued BYD’s California manufacturer in 2018 after it commissioned 13 fully electric, 60-foot buses for $1.2 million apiece that the city alleged were defective in its lawsuit.

The city claimed breach of contract, breach of warranty, fraudulent and negligent misrepresentation and violations of the New Mexico’s Unfair Practices Act, the Albuquerque Journal reported in December 2018.

Once the $1.2 million buses were discovered to be defective, the city ordered diesel buses from BYD’s competitor, New Flyer, for $870,000 apiece.

“When we started running the buses on test runs, we found major problems with the battery range, the brakes and some electrical issues. They seem to be things that were already on the ‘to be fixed list,’ but they started getting worse,” Albuquerque Democratic Mayor Tim Keller told the Journal in November 2018.

BYD disputed the claims, blaming bus drivers for the issues in Albuquerque.

“We have 36,000 buses deployed,” BYD America Vice President Michael Austin said during an on-air interview with Indianapolis’ WRTV. “We have not seen those issues. We know what the issues are, and they were more driver errors misreported to the media as safety issues.”

Los Angeles however, has also had issues with BYD’s buses.

An investigation by the LA Times found BYD’s buses stalled on hills, required service calls more frequently than older, non-battery operated buses and had unpredictable driving ranges compared to the distances it advertised due to extreme weather conditions. (RELATED: LA Mayor’s Obsession With Going Green Turned Into A Nightmare For Citizens)

The LA Metro pulled its first five BYD buses off the road after less than five months of service, saying they were “unsuitable” and unreliable for ranges of over 100 miles.

Then, in August 2018, Cornyn introduced an amendment to a four-bill “minibus” appropriations measure for fiscal year 2019 (H.R. 6147) that would ban the construction of any new Chinese-owned or subsidized mass-transit rail cars or buses from companies for one year.

The NDAA is still several steps away from being signed by President Donald Trump and becoming law.

Cornyn’s office and BYD did not respond for comment in time for publication.