Mass demonstrations have been seen across Moscow this summer as police violently crack down on protesters who are fighting for fair democratic elections and their right to vote, as reported by Bloomberg.

Moscowvites have been peacefully protesting in the streets for weeks, but Saturday marked Russia’s largest protest in years. Citizens assembled demanding opposition candidates be allowed in elections. Police and the army detained and arrested protesters and even threatened to take away parental rights for a couple who brought their child to a protest, according to Associated Press. (RELATED: Russia Warns Google Not To Advertise Videos Of ‘Illegal Mass Events’ Following Protests) 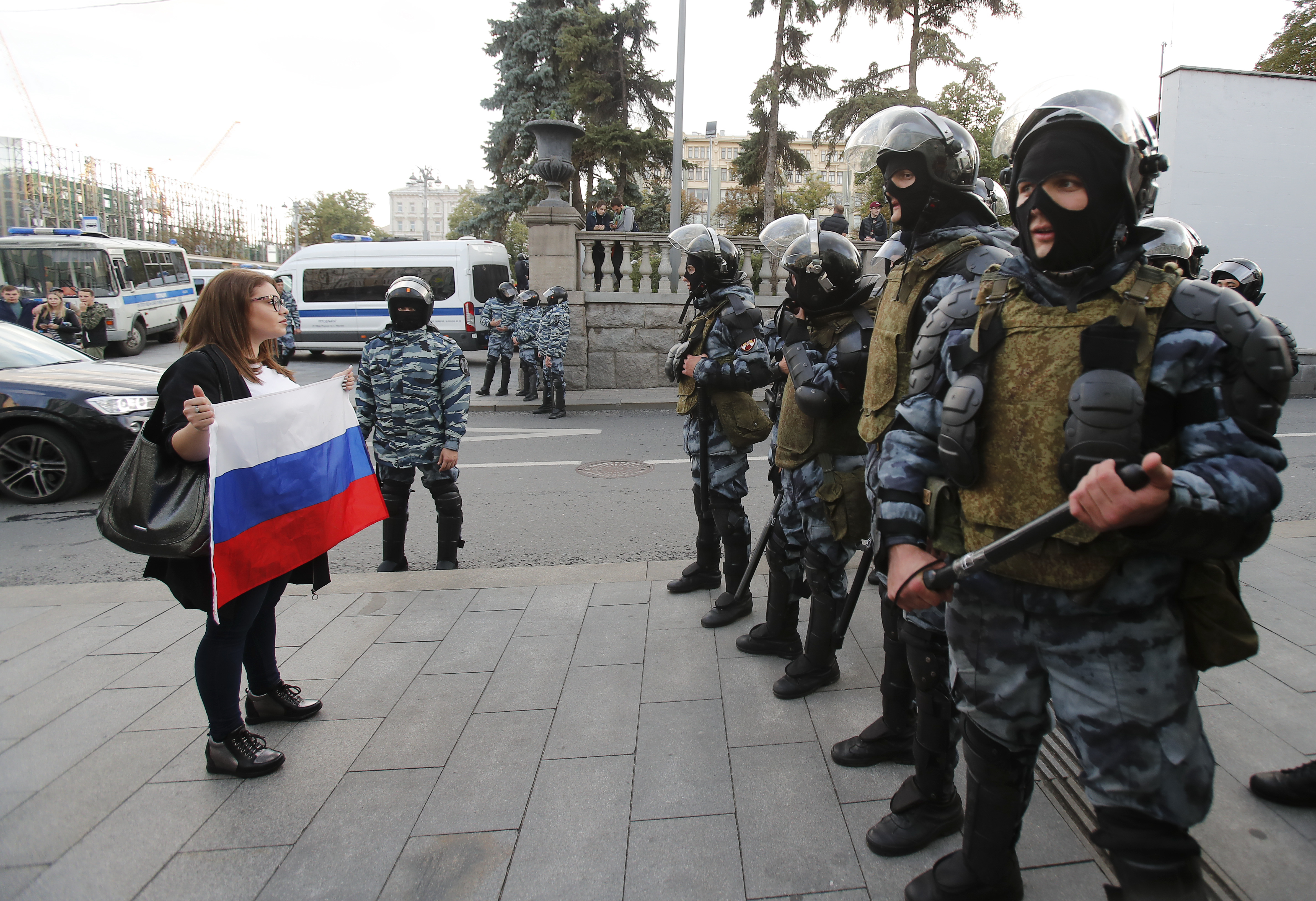 A woman holds a Russian flag while standing near law enforcement officers after a rally to demand authorities allow opposition candidates to run in the upcoming local election in Moscow, Russia August 10, 2019. REUTERS/Maxim Shemetov – UP1EF8A19RPKK

Protesters are proving to be a challenge for Russian President Vladimir Putin, who is trying to maintain his grip on the country. The Kremlin’s approval rating declined by 26% points over the last year after Putin signed an unpopular bill that increased the retirement age by 5 years, according to TIME.

The Russian economy has been in decline as well. One of the country’s most valuable commodities and main exports, oil, has decreased in value, as prices have lowered worldwide and the European Union maintains their sanctions on Crimea, prohibiting exports from the US to the region. In addition, the standard of living for some Russian state employees has deteriorated, with some earning a salary of less than 35,000 rubles or  $550 a month, according to Bloomberg. (RELATED: Biden Says Russian Interference Wouldn’t Have Happened On His Watch. It Did)