Elizabeth Smart’s dad, Ed Smart, has come out as gay and said he is divorcing his wife and leaving the church because as a “gay man” it’s not where he now finds solace.

“I have recently acknowledged to myself and my family that I am gay,” the 64-year-old father of five shared in a Facebook message obtained by NBC News in a piece published Friday. (RELATED: Nicki Minaj Pulls Out Of Saudi Arabia Concert In Support Of Women, LGBTQ) 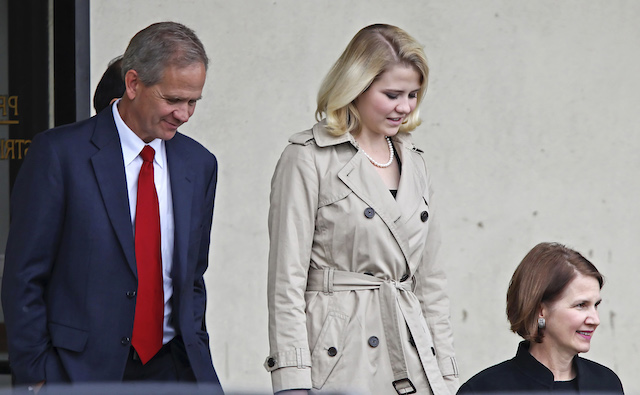 “The decision to be honest and truthful about my orientation comes with its own set of challenges, but at the same time it is a huge relief,” the letter added. (RELATED: Photos Of Elizabeth Smart Just Surfaced- See What She Looks Like Now)

Smart continued and shared that he has “mostly watched in silence for years as many LGBTQ individuals both in and out of the Church have been victims of ridicule, shunning, rejection and outright humiliation,” adding that he could no longer deny that he was “numbered among them.”

At one point, he talked about how his struggle to accept the “truth” caused him inner conflict that at times made him question “whether life was still worth living.”

Later, he shared that he was leaving his wife, Lois, and apologized for the “excruciating pain” he was causing her.

Smart also shared that while his religion has been “a major part of my life and a great blessing” and that his faith is unwavering, “as an openly gay man, the Church is not a place where I find solace any longer.”

Elizabeth, 31, married with three children, shared in a statement to NBC News that while she was “deeply saddened by their separation, nothing could change my love and admiration for them both. ”

“Their decisions are very personal,” she added. “As such, I will not pass judgment and rather am focusing on loving and supporting them and the other members of my family.”

You might recall, Elizabeth is a kidnapping survivor who was taken from her home in Salt Lake City at knifepoint at age 14 in 2002 before she was rescued nine months later.