Just a few years ago the shooting community witnessed the rise of a new commercially available defensive platform subset: pistol-grip “firearms” with barrels shorter than 18″, chambered for shotgun shells. Because these scatterguns’ receivers are outfitted with pistol grips at the factory, and have an overall length greater than 26″, they do not qualify as short-barrel shotguns (SBS) under the National Firearms Act (NFA) of 1934. Instead, they are considered pistol-grip-only (PGO) firearms as defined by the Gun Control Act of 1968 (GCA). This means they can be sold over the counter at local sporting goods stores without the additional paperwork or tax stamps required to own an SBS.

PGOs have been legal to manufacture, sell and own for more than 50 years. However, they didn’t take off as consumer products until 2017 when Mossberg released the 14″-barreled 590 Shockwave pump-action, which was quickly followed by the 14″-barreled Remington Model 870 TAC-14. Although these 12-ga. pump-actions have been quite successful, enthusiasts have been eager to get their hands on a PGO with a semi-automatic action. To meet this need, Remington released the 13″-barreled V3 Tac-13 as part of its 2019 lineup.

Converting some semi-automatic shotgun designs into PGOs would be a tricky business due to the configuration of their gas systems and recoil assemblies. For example, the Mossberg 930 relies on a long return spring contained within the buttstock in order to cycle properly. For this reason, the shoulder stock cannot be traded out for the compact Shockwave Raptor bird’s head grip. 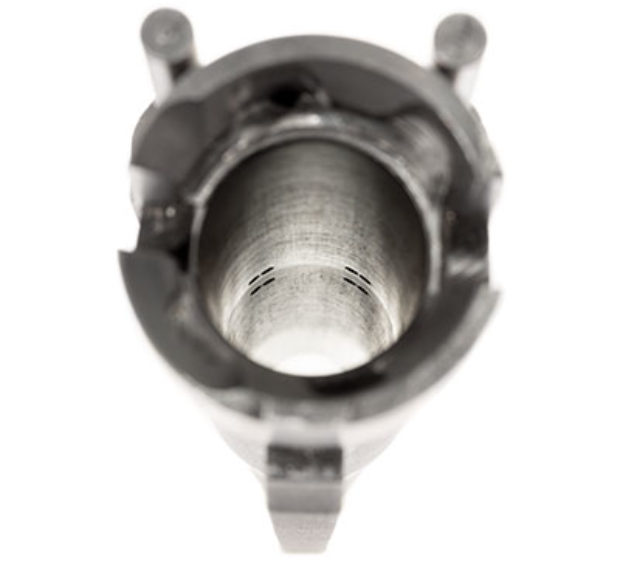 The V3 Tac-13 features Remington’s self-regulating Versa Max system that uses the length of the shell in the chamber to determine the level of gas pressure required to cycle the action. This allows for reliable operation with both light 2 3/4″ loads and 3″ magnums.
–

The Remington V3 semi-automatic mechanism, however, proved to be ready-made for PGO conversion. The action employs dual recoil springs and guide rods that are wholly contained within the aluminum receiver. This configuration provides an even and consistent bolt stroke while allowing the receiver to be outfitted with the Shockwave grip, no internal modifications required.

The V3 features Remington’s dual-gas-piston Versa Max system. This patented, self-regulating system uses the length of the shell in the chamber to determine the level of gas pressure required to cycle the action. When a softer-shooting 2¾” shell is chambered, all eight gas ports are exposed, allowing maximum gas intake for reliable operation. A 3″ shell covers four of the eight “Versaport” gas ports in order to reduce pressure on the system.

Because the gas block is installed at the front end of the receiver reducing the length of the barrel has no effect on the configuration of the gas system. Like the recoil assembly, no internal modifications to the gas system were required in order to convert the V3 into a PGO.

The light-profile, cylinder-bore 13″ barrel is topped with a vented sight rib and a single silver bead that acts as the front sight. A heavy-duty aluminum clamp secures the magazine cap to the barrel. Both sides of this clamp are drilled and tapped to accept the 1.5″ accessory rail provided with the Tac-13. The tubular magazine holds a total of five 2¾” shells or four 3″ shells. The black polymer fore-end is lightly textured, and features an adjustable nylon webbing hand strap. The magazine follower is constructed of bright red, hard-anodized aluminum, making it both durable and easy to see.

The top of the black-oxide-treated aluminum receiver is drilled and tapped to accept an optics rail. The left side of the receiver is closed, with the ejection port, reciprocating bolt handle and round-button bolt release located on the right side. The loading port is located on the bottom of the receiver. The rounded polymer trigger guard houses a smooth-faced steel bow trigger and a crossbolt safety. The lightly textured polymer Shockwave grip features a QD sling swivel port on the left side.

A heavy-duty aluminum clamp (l.) secures the magazine cap to the firearm’s 13″ barrel, and the included 1.5″ accessory rail can be installed to either side. The fore-end’s hand strap (r.) can be removed by the user.
–

The Tac-13 demonstrates high-quality construction with smooth controls, proper fitting and clean lines throughout. The fore-end hand strap is a welcome addition for added control during from-the-hip shooting, but it can be removed for those who prefer to work without it. The trigger of the test gun had a 5-lb., 6-oz., trigger pull according to a Lyman digital trigger gauge. 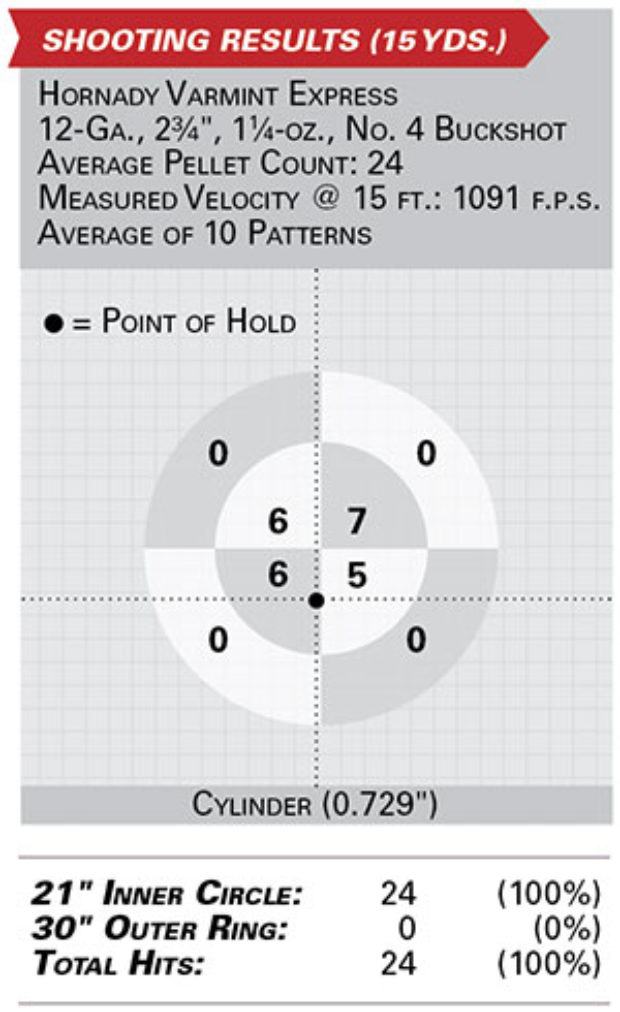 We tested the Tac-13 with a variety of 12-ga. loads, ranging from practice-grade, low-brass birdshot to premium, high-brass buckshot loads. It fed, fired and ejected all of the test ammunition without any malfunctions. Formal pattern testing was conducted at 15 yds. using Hornady’s 2¾”, 12-ga. Varmint Express No. 4 Buckshot load, containing 24 lead pellets with a listed velocity of 1350 f.p.s. This load produced patterns that averaged 6.5″ in size from the 13″ cylinder-bore barrel at that range.

The Remington V3 Tac-13 semi-automatic’s price tag is about double that of the pump-action PGOs on the market. However, this gun’s quality, reliability, self-loading mechanism—and the option to operate it one-handed in an emergency—may well justify the added expense for those who are in the market for a platform like this one. It’s certainly among the most well-made models currently available in the PGO firearm class, and a more manageable option than some thanks to the recoil-softening Versa Max gas system.