The majority of House Democrats now support a “Medicare for All” bill following an endorsement by the chairman of the House Democratic Caucus on Thursday.

Rep. Hakeem Jeffries of New York, considered the fifth most powerful Democrat in the House, became the 118th member of the House to sign onto Washington Rep. Pramila Jayapal’s Medicare for All bill, which has been described as the most ambitious of its kind and even more ambitious than the plan put forward by Democratic presidential candidate Bernie Sanders.

“We mean a complete transformation of our health care system and we mean a system where there are no private insurance companies that provide these core benefits,” Jayapal said in February after introducing the bill. “We mean universal care, everybody in, nobody out.”

Jayapal, who is the co-chair of the Progressive Caucus, said the move by Jeffries to co-sponsor her bill “is proof of the growing momentum for Medicare-for-all in Congress and in communities across America,” The Washington Post reported. (RELATED: Bernie Sanders: Medicare For All Would ‘Absolutely’ Cover Illegal Immigrants)

What a huge step in the fight for #MedicareForAll! Thank you to our newest co-sponsor @RepJeffries – let’s keep this momentum going! pic.twitter.com/1tyJO2LBDb

“Given the enduring nature of our health care access and affordability crisis, more must be done,” Jeffries told The Post. 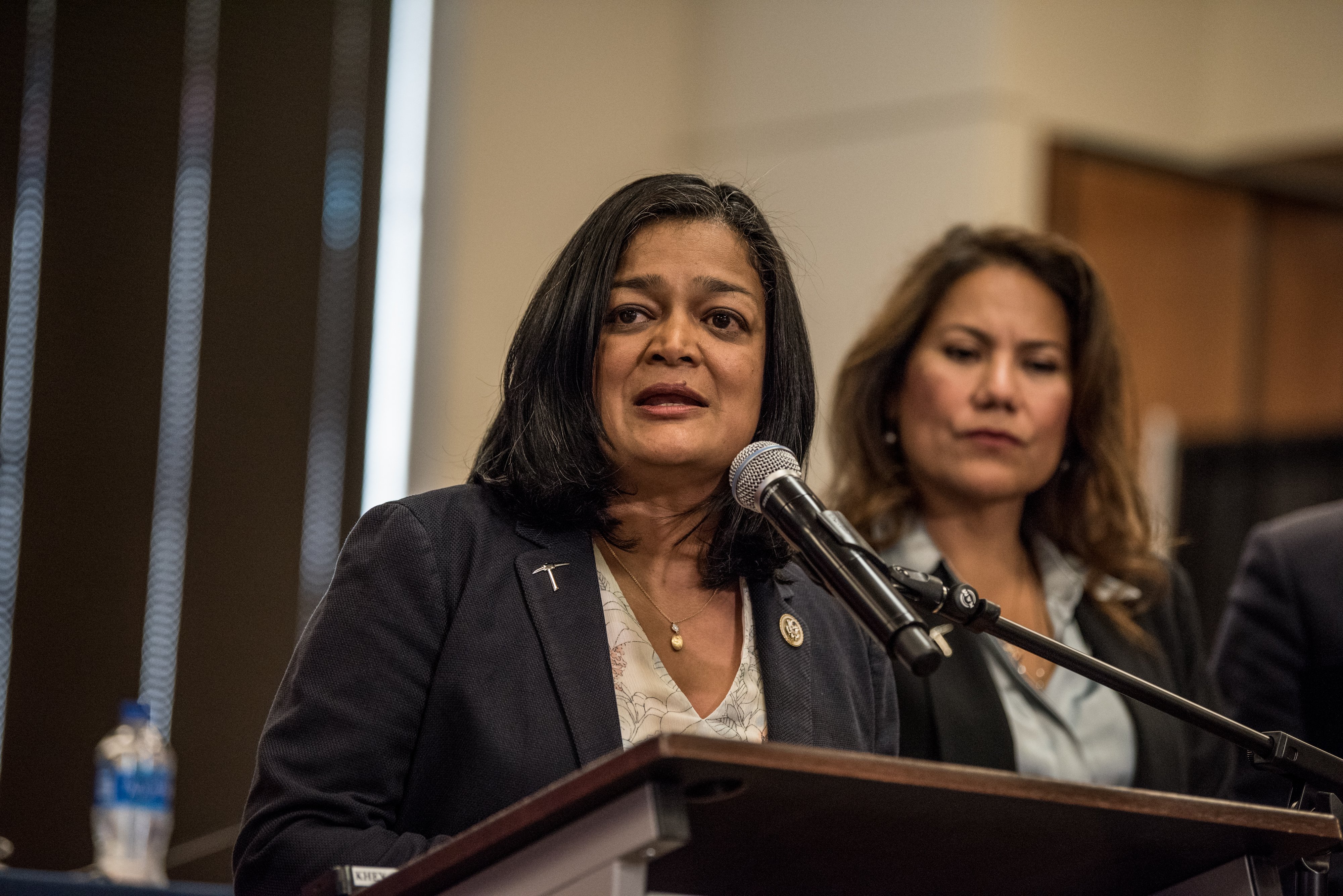 The cost of Sanders’s Medicare for All plan could exceed $32 trillion over the next decade, according to a report by the Mercatus Center published in July.

Jeffries is considered a likely successor to House Speaker Nancy Pelosi, but it’s unlikely his support for the Medicare for All bill will lead her to authorizing a floor vote on the measure.

Pelosi has publicly questioned whether Medicare for All proposals can achieve their lofty ambitions and has said the best pathway forward on health care reform is by improving the Affordable Care Act.