Former Vice President Joe Biden reminded a large Hispanic group of supporters in Miami Sunday that President Donald Trump had once accused illegal immigrants from Mexico of being “rapists.”

“Remember when he came down, down the escalator of Trump Tower? He announced on the way down one of the main reasons he was running was because of all those Mexican rapists,” the Democratic presidential nomination front runner asked the crowd. 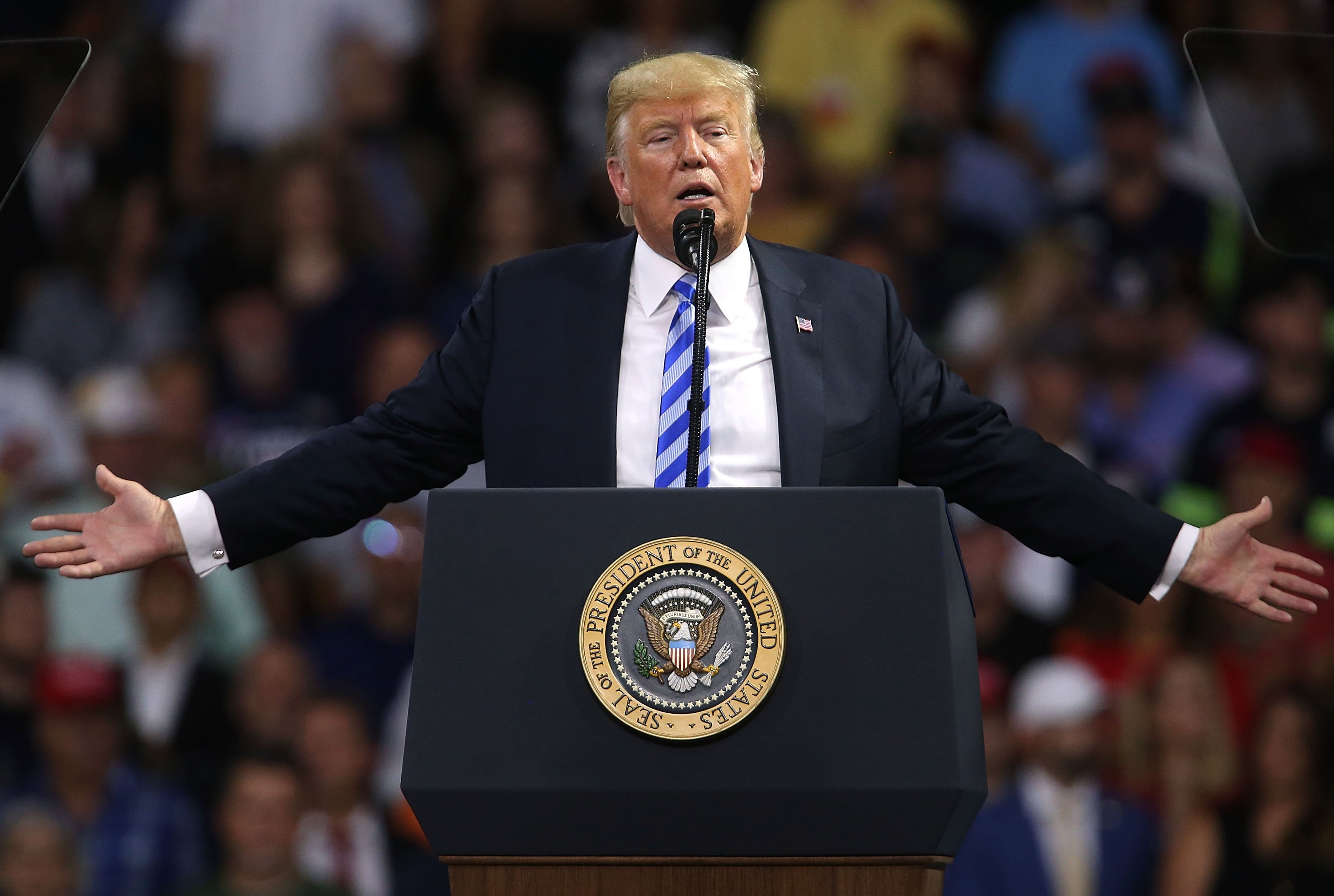 Biden reportedly had difficulty remembering the word “escalator” and the crowd felt compelled to fill in the blank for him, according to the Washington Examiner.

Biden, speaking at the historic Ball & Chain nightclub Sunday afternoon to mark the start of Hispanic Heritage Month, was prompted to use the word “escalator” after a long pause led some in the crowd to believe he’d forgotten the term.(RELATED: Biden Compares Trump To Segregationist Governor George Wallace — Though Biden Has Praised Him In The Past)

Trump inflamed passions on both sides of the immigration debate when he made the remarks in June 2015 as he announced that he would be seeking the 2016 Republican nomination for the presidency.

Biden suggested Trump’s speech was the beginning of the president’s alleged habit of dividing America on racial lines and that he has “othered” non-whites. Biden admitted that the Democratic Party has done a poor job of establishing a dialogue with “a lot of people … we’d traditionally talk to.”

He then linked Trump’s aversion to criminal illegal immigrants to a now notorious 1925 march by the Ku Klux Klan down Pennsylvania Avenue in Washington, D.C., the Washington Examiner reports. At the time, the demonstration by the notorious anti-black and anti-immigrant group raised few protests.

“You know why they were there? To stop us Catholics. It was all about Catholics were polluting America,” he said. 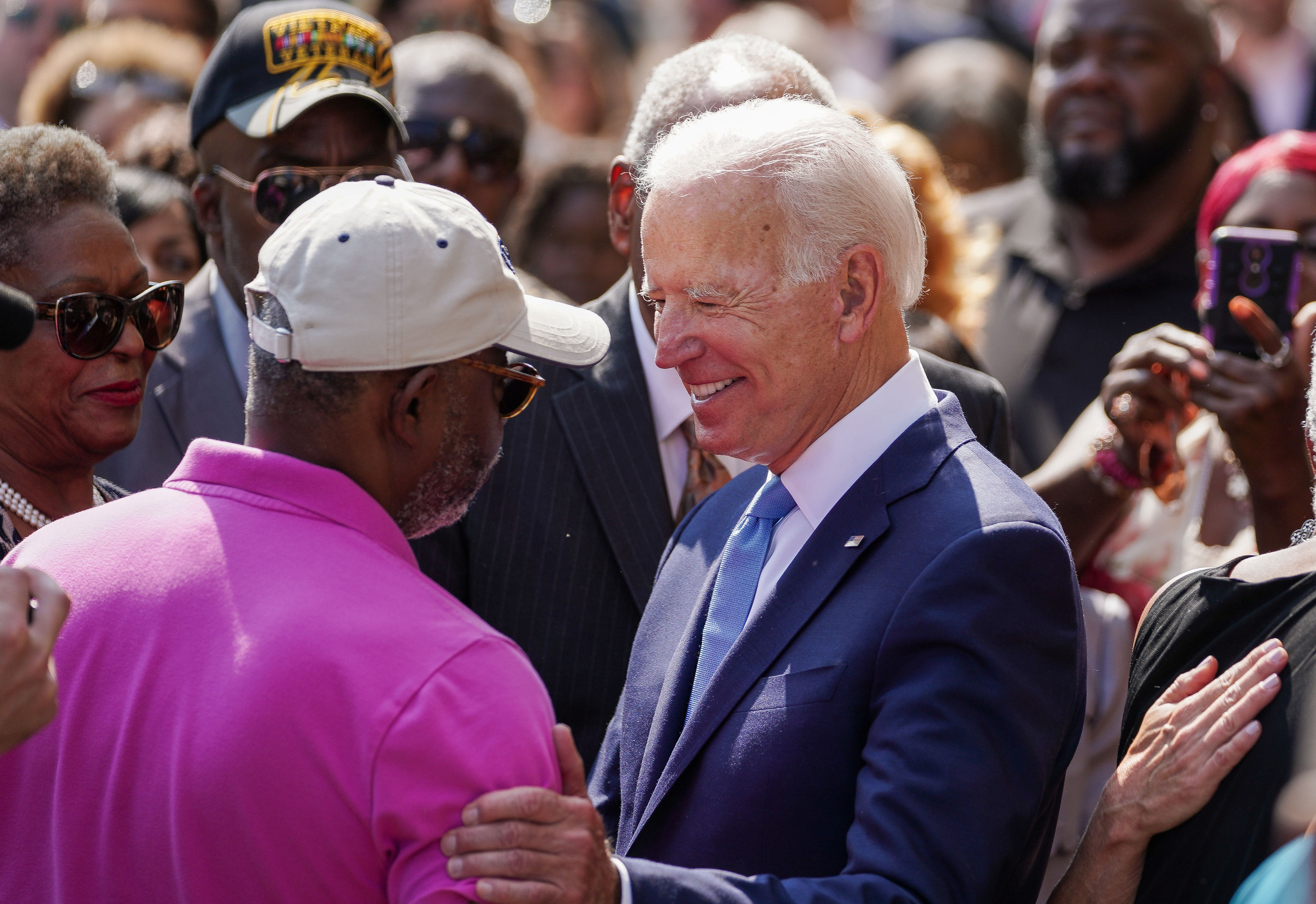 Democratic U.S. presidential candidate and former Vice President Joe Biden speaks with a man in the crowd at the “56th Memorial Observance of the Birmingham Church Bombing” at the 16th St. Baptist Church in Birmingham, Alabama, U.S. Sept. 15, 2019. REUTERS/Marvin Gentry

Although Biden chose to raise the specter of an overtly racist group, he did not mention his own conflicted record on race relations, a subject that has continued to vex the former vice president from Delaware throughout his presidential campaign. one.” (RELATED: Ocasio-Cortez Blames Biden For Giving Segregationists A Pass)

Biden joked with supporters about his ability to wheel-and-deal with Southern segregationist Democratic lawmakers in the early 1970s when he first arrived in Washington. Biden was also an energetic opponent of government-mandated school busing, that, for many was a symbol of de-segregation. But segregation, Biden once said, was a source of “black pride.”

Speaking of former President Barack Obama’s candidacy, Biden declared that the then-senator was “the first mainstream African-American who is articulate and bright and clean and a nice-looking guy.”