Did you know the Italian foods Americans love, like pasta, cookies, and coffee, are being threatened over an airplane feud?

For nearly fifteen years, the United States has argued that four European countries, including France, unlawfully subsidized Airbus – one of the largest aircraft makers in the world.

In 2018, the World Trade Organization (WTO) announced its decision and sided with the U.S., allowing the U.S. to put tariffs on specific European countries involved with Airbus.

Unfortunately, and inexplicably, Italy has been caught in the mix.

The U.S. announced up to $25 billion in tariffs on products from the European Union in response. Of those potential tariffs, Italy was the second highest exporter to the U.S., behind only France. Italian pasta, cookies, coffee, and many other products – 80 in total – are on the list of potential tariffs. 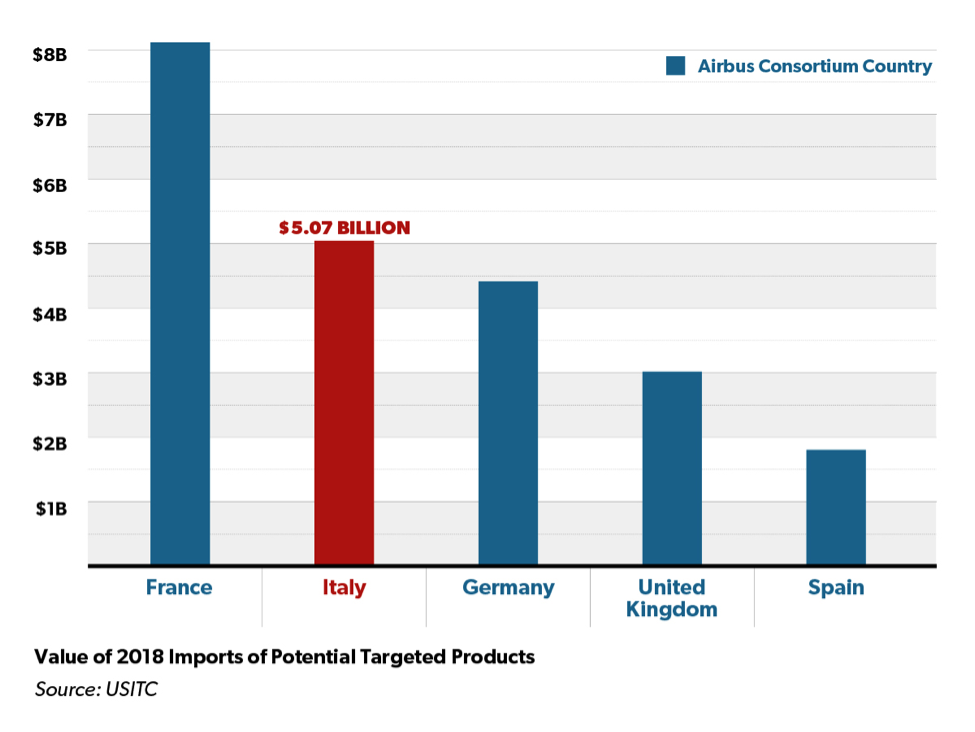 But, here’s the catch: Italy was not one of the countries that subsidized Airbus. You read that right.

This simply makes no sense.

While I understand President Trump’s position on tariffs, Italy and the Italian goods that Americans love shouldn’t be punished for the actions of other bad actors in Europe.

I’m not alone in this position. Italy has received bipartisan support from Members of Congress and the U.S. Senate, all urging our government to not target Italy.

As an American-Italian, I urge President Trump and his Administration to reconsider targeting Italian pasta, cookies, and coffee.

I have stood with President Trump from the very beginning, spreading his message to Make America Great Again across Pennsylvania in 2016 as co-chair of his campaign, and I plan to do the same in this upcoming presidential election.

And I will stand again with the President when he holds bad actors like the Airbus consortium countries accountable.

But targeting Italy and Italian food products is not fair, and I have faith President Trump will agree.

Lou Barletta is a former U.S. congressman from Pennsylvania.

This is a sponsored article by American Italian Food Coalition. The views and opinions expressed are those of the sponsor and do not reflect the official position of The Daily Caller.