2020 presidential candidate Elizabeth Warren bought lemonade from two 11-year-old girls in August — who then donated the $10 to the March for Life.

The presidential candidate and her campaign bus stopped by a lemonade stand manned by Sienna Michels and Audrey Billings on Aug. 8 in Harlan, Iowa, according to the Washington Free Beacon.

“She came by and told us we should vote for her. And our daughters told us she was a nice person, but we don’t align with her politically and … because she’s pro-choice, we said we should donate her money to a pro-life [cause].”

The girls donated the $10 Warren paid for her lemonade to the March for Life, a pro-life march across Washington, D.C., to the Supreme Court on the anniversary of the Supreme Court case Roe v. Wade. The March for Life is the biggest pro-life event in the United States, started in 1974 by activist Nellie Gray and attended by hundreds of thousands of church groups, students, and activists each year.

Warren, whose campaign did not respond to a request for comment from the Daily Caller News Foundation, tweeted about the pit stop in an Aug. 8 tweet. “Stopped for a quick drink at a lemonade stand in Harlan, Iowa. When life gives you lemons, make big structural change!” the tweet read.

Stopped for a quick drink at a lemonade stand in Harlan, Iowa. When life gives you lemons, make big structural change! pic.twitter.com/rp1PMyzwKX

“My daughter told us she wanted us to vote for her,” Michels added. “We talked about the abortion part of things and said maybe we should donate money to stop abortion, and my daughter was all for that.” 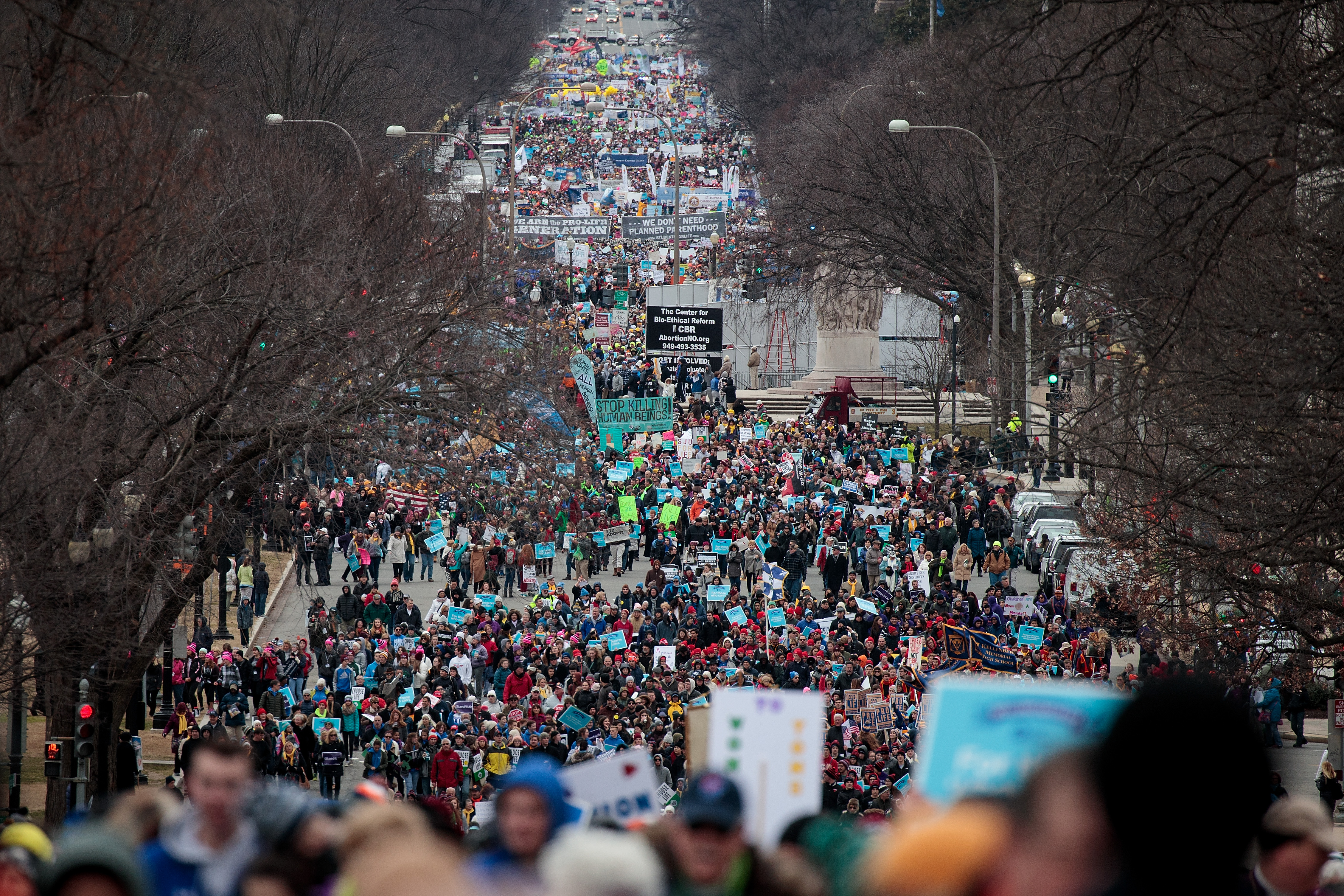 WASHINGTON, DC – JANUARY 27: Thousands of people march on Constitution Avenue during the March for Life, January 27, 2017 in Washington, DC. This year marks the 44th anniversary of the landmark Roe v. Wade Supreme Court case, which established a woman’s constitutional right to an abortion. (Photo by Drew Angerer/Getty Images)

Part of Warren’s 2020 presidential platform is a promise to “protect a woman’s right to choose.”