Secretary of State Mike Pompeo said the U.S. did not green-light Turkey’s offensive in Syria in a Wednesday interview with PBS NewsHour.

Panicked civilians fled the battle zone after Turkish soldiers launched an attack on U.S.-backed Kurdish fighters in Northern Syria on Wednesday — an incursion Secretary of State Mike Pompeo insisted was not approved by the White House.https://t.co/uvh3H7tHWg

President Donald Trump said the U.S. “in no way” has “abandoned the Kurds” in a Wednesday statement after Erdogan announced the offensive, according to the Times. (RELATED: Lindsey Graham: ISIS Fighters Have A ‘Second Lease On Life’ Because Of Trump’s Withdrawal From Syria)

“The United States does not endorse this attack and has made it clear to Turkey that this operation is a bad idea,” he added. “There are no American soldiers in the area. From the first day I entered the political arena, I made it clear that I did not want to fight these endless, senseless wars — especially those that don’t benefit the United States.”

Turkey initiated the offensive after the White House ordered the remaining 50 U.S. soldiers in northern Syria out of the region Sunday.

Trump said during a Wednesday press conference that he would “wipe out” Erdogan’s economy if his forces in Syria wipe out the Kurdish population. The Kurds, an ethnic group, reside in Turkey, Iran, Iraq, Syria and Armenia. About 2 million Kurds live in Syria.

The president received harsh criticism from other Republican politicians, including one of his strongest supporters, South Carolina Sen. Lindsey Graham. 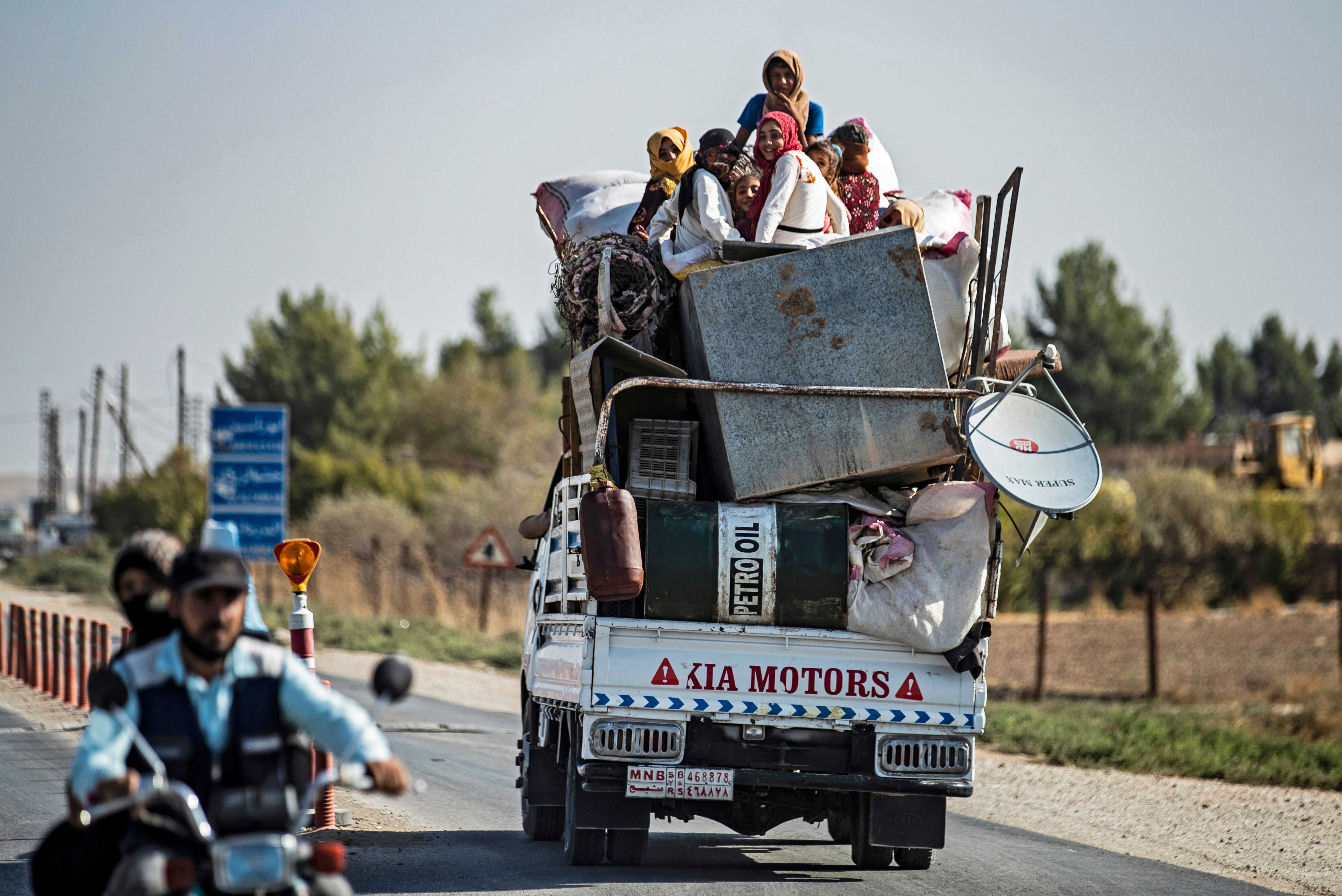 Syrian Arab and Kurdish civilians arrive to Tall Tamr town, in the Syrian northwestern Hasakeh province, after fleeing Turkish bombardment on the northeastern towns along the Turkish border on Oct. 10, 2019. (Photo by Delil SOULEIMAN / AFP)

“I feel very bad for the Americans and allies who have sacrificed to destroy the [Islamic State] Caliphate because this decision virtually reassures the reemergence of ISIS. So sad. So dangerous. President Trump may be tired of fighting radical Islam. They are NOT tired of fighting us. Finally, this decision makes it difficult for the U.S. to recruit allies against radical Islam,” Graham tweeted Monday.

Trump said at his Wednesday conference that “the worst mistake that the United States has ever made … was going into the Middle East” and Graham probably “would like to stay” in northern Syria “for the next 200 years.”