While new technologies have enabled new economic opportunities and labor arrangements, current laws largely treat employment as a binary between independent contractors and full-time employees. This limits employers who might otherwise want to offer some, but not all benefits; and unnecessarily restricts employees who need flexibility and the ability to set their own hours.

This debate has come to a head recently in California, as California Gov. Gavin Newsom signed Assembly Bill 5 (AB5) into law. This legislation codifies a 2018 California Supreme Court decision, which imposes stricter standards on the classification of independent contractors. While the application of this law will be up to the courts, it could pose an existential threat to gig economy companies like Uber, Lyft, PostMates, and DoorDash — which typically classify their workers as independent contractors.

Instead of debating the application of two categories that don’t quite fit, policymakers should create a third category for gig economy work that gives workers greater protections and benefits, without the rigid requirements of employee status. (RELATED: Study: Gig Economy Puts Two Million Americans To Work, Accounts For 30 Percent Of New Jobs) 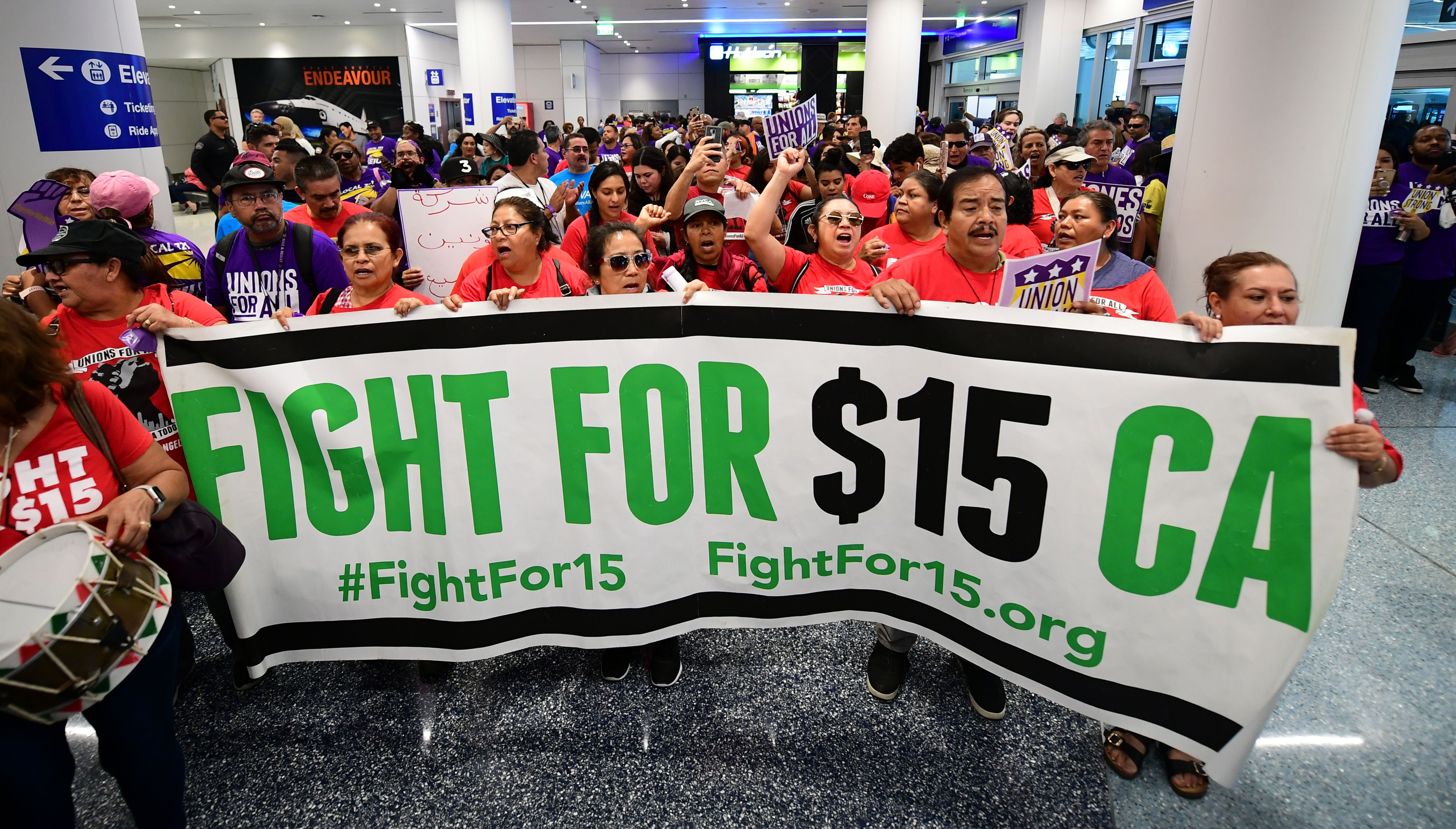 A banner for a $15 dollar per hour minimum wage is displayed as airport employees are joined by drivers from Uber and Lyft and other southern California workers for a protest at Los Angeles International Airport in Los Angeles, California on October 2, 2019, demanding elected officials pledge their support for the “Unions for All” movement. (Photo by Frederic J. BROWN / AFP) (Photo by FREDERIC J. BROWN/AFP via Getty Images)

The regulatory gray area that AB5 uses to reclassify independent contractors is due in part to an ambiguous definition of “employee” found in the Fair Labor Standards Act of 1938 (FLSA). The law defines an employee as any individual employed by an employer. Most Americans might find it shocking that in our age of market-disrupting technological innovation, our increasingly digital economy is still beholden to the FLSA, a law that was passed decades before smartphones, apps, laptops, GPS, and countless other modern amenities we use every day. For perspective on just how much things have changed, in 1940, 45 percent of American households reported that they did not have indoor plumbing.

The fact is, the American economy has changed drastically over the past 80 years. So why is it still being governed by labor regulations first enacted before World War II?

Barclays estimates that the reclassification of independent contractors could cost companies like Uber and Lyft “an additional $3,625 per driver in California.” This increase would only further exacerbate Uber and Lyft’s hefty annual operating losses, threatening a nascent industry that provides a valuable source of flexible income to many Californians. As the report notes: “Any wide-scale reclassification of drivers to employees would be a material negative for ride-hailing and further put into question the long term profitability of the industry.” 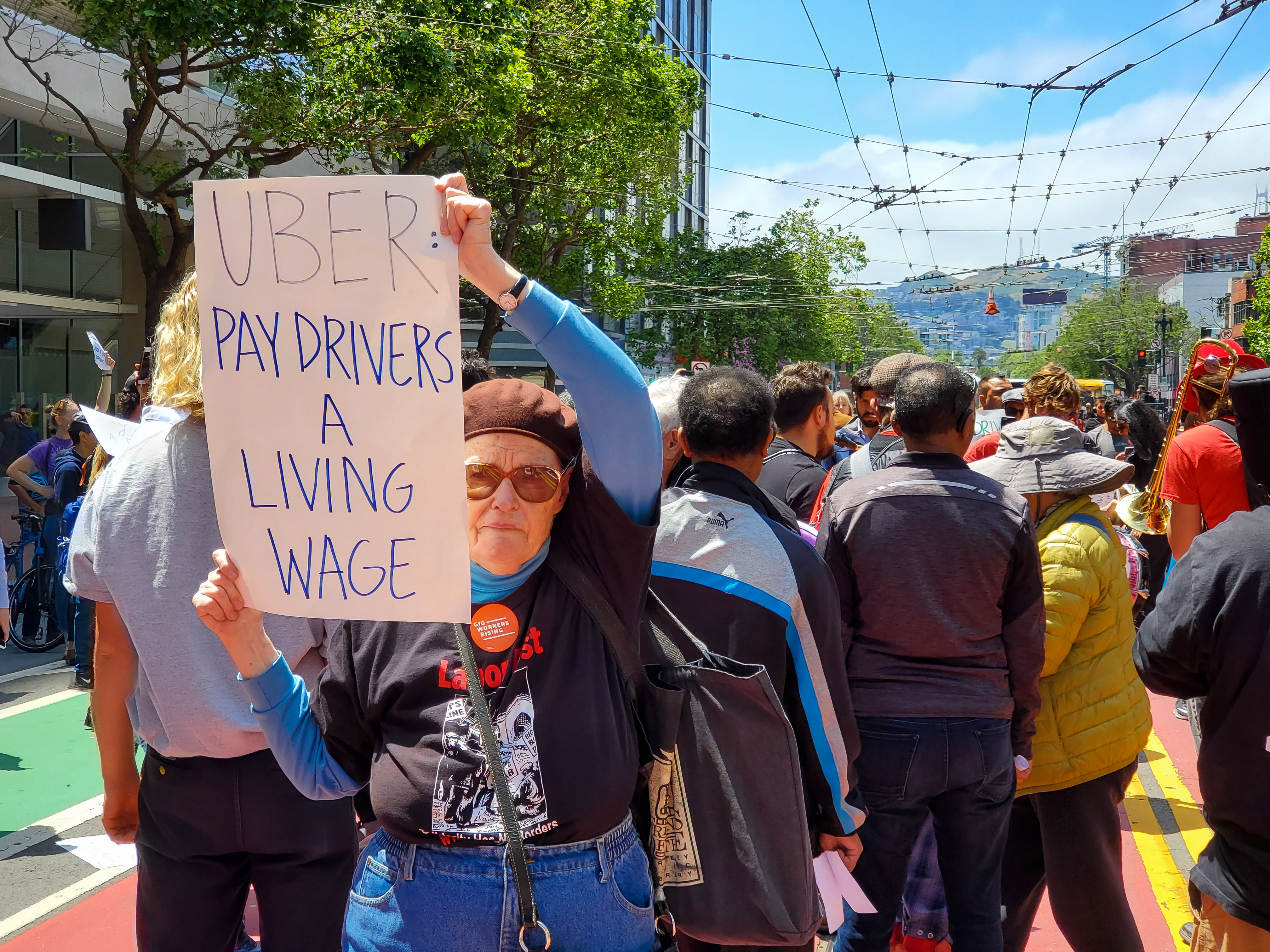 Unlike the workforce of 80 years ago, many workers who participate in gig economy jobs are looking to supplement their income. The majority don’t drive full time for Uber or Lyft, and earn income elsewhere. However, AB5 could force ride sharing and delivery companies to enact more stringent conditions for drivers using their app. Phillip Sprincin at City Journal illustrates the potential pitfalls:

Strict wage and overtime requirements could force TNCs like Uber and Lyft to put restrictions on their drivers, forcibly logging them out to prevent overtime or cutting ties if they don’t accept a certain number of rides per hour or day. These constraints would harm the economic prospects of students and others earning valuable side income.

Beyond the constraints AB5 puts on gig economy technology platforms like Uber and Lyft, the law’s language is so broad that it may reach far beyond its intended gig economy targets. Traditional delivery and courier services could be impacted; as well as nail salons, chiropractors, yoga studios, and other small businesses that operate on the independent contractor employment model. The LA Times has reported that the law could impact an estimated 13,000 truck drivers who serve the ports of Los Angeles and Long Beach.

But the debate isn’t settled yet. The California Trucking Association has filed a federal lawsuit challenging the California Supreme Court ruling, on interstate commerce grounds, that is currently working its way to the U.S. Supreme Court. The litigation could provide an opportunity for federal preemption of the California law. Additionally, some gig economy companies are pursuing a California ballot measure. However, there is also a role Congress can play to modernize American labor laws for our digital age. (RELATED: OPINION: Work-Hating California Seeks To Stop Freelance Workers)

As NYU law professor Richard A. Epstein writes, there are serious problems with applying these archaic labor standards to our modern economy, and “for many companies, the independent contractor classification is a matter of economic survival.” While Epstein suggests scrapping the FLSA entirely, Congress could also work to enact an FLSA amendment that treats gig economy workers as independent contractors, or offer an alternate third way classification. As R Street Institute president Eli Lehrer discusses in National Affairs, there are myriad benefits to creating a new “flexible worker” classification:

Like full-time employees, flexible workers would have basic civil-rights protections; platforms couldn’t deny them work opportunities on the basis of characteristics like race, religion, or sex. Flexible workers would also have access to state and federal worker protections to ensure that platforms pay them as promised for work, so they would no longer have to go to court like independent contractors currently do. They would also gain an important new right: a near-limitless right to work. 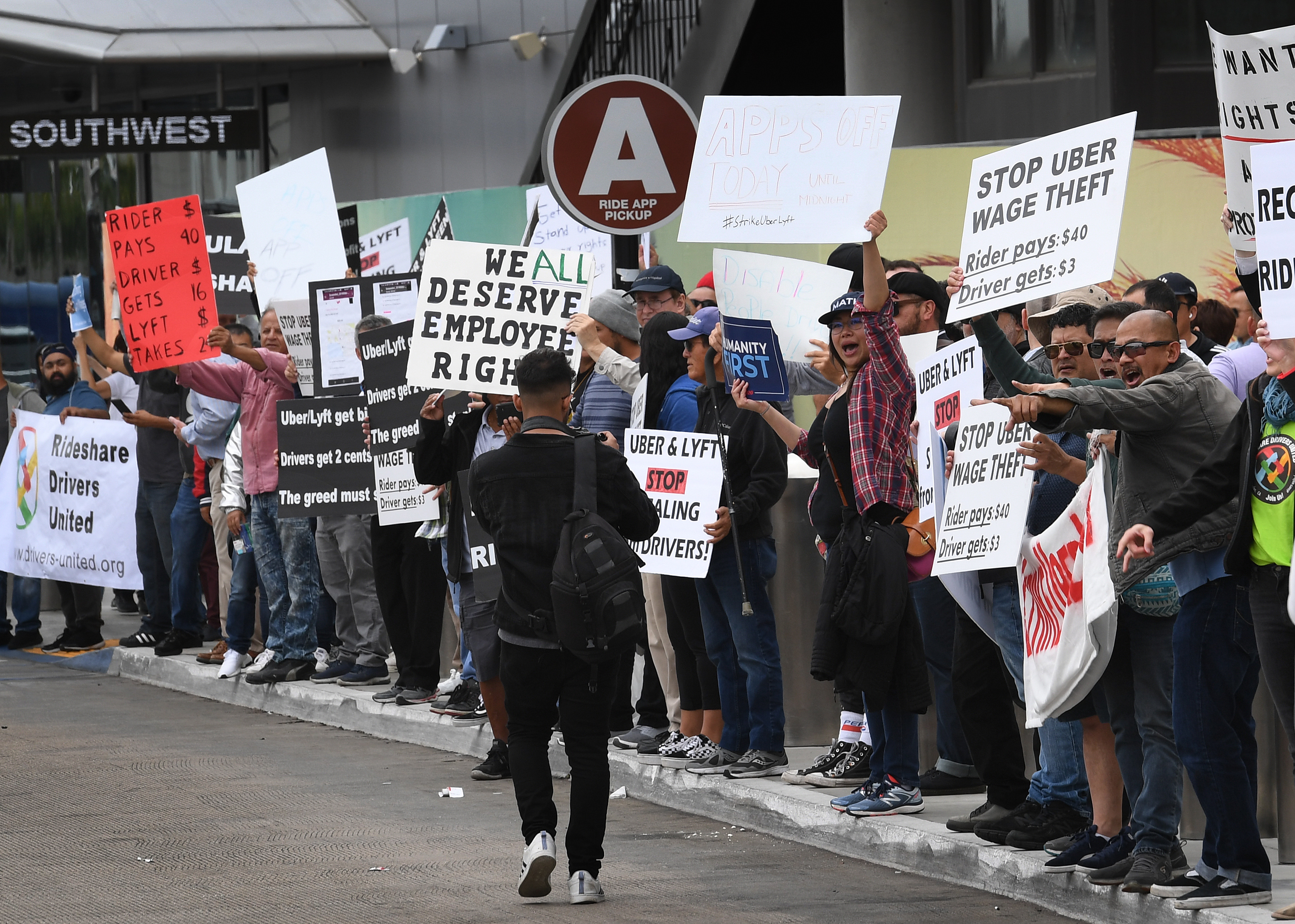 Rideshare drivers for Uber and Lyft stage a strike and protest at the LAX International Airport, over what they say are unfair wages in Los Angeles, California on May 8, 2019. (Photo by Mark RALSTON / AFP)

He’s right. Moving past a binary view of work will be beneficial for both employers and employees. Technological innovation has dramatically improved the life of the average American worker since 1938. Americans now, more than ever, have a greater choice in when, where, and how they make an income. We cannot allow outdated laws and regulations, over 80 years old in the case of the FLSA, to restrict innovation and prosperity. It’s time to update these old frameworks to ensure the greater level of choice and flexibility the American worker currently enjoys is not undone.

Garrett Johnson is co-founder and executive director of Lincoln Network, a nonprofit that works to bridge the gap between Silicon Valley and DC. Previously he was co-founder of SendHub.com, a venture-backed YCombinator startup.