Media outlets such as the Associated Press used the news of Rep. Elijah Cummings’ death Thursday to hit back at President Donald Trump, dedicating large parts of the lawmaker’s obituary to the president.

The congressman died at the age of 68 Thursday at a Baltimore hospice center after complications from longstanding health challenges and an undisclosed medical procedure. Republican and Democratic politicians alike praised the lawmaker as being a champion of civil rights who spent 23 years in Congress, with very few mentioning his recent clashes with the president.

Trump appeared to put aside their differences and tweeted his condolences following the news, writing that Cummings was a “highly respected political leader” who embodied “strength, passion and wisdom.” The president and Cummings had multiple feuds, with Trump recently calling the lawmaker’s district “rodent infested.”

The Associated Press dedicated a total of nine paragraphs to Trump in its obituary write-up of Cummings, highlighting Trump’s July comments about the lawmaker’s district.

“The comments came weeks after Trump drew bipartisan condemnation following his calls for Democratic congresswomen of color to get out of the U.S. ‘right now,’ and go back to their ‘broken and crime-infested countries,'” the AP wrote in Cummings’s obituary.

The article went back and forth between highlighting some of the racial barriers Cummings broke and his accomplishments and bringing up Trump. The AP included information about the formal impeachment inquiry into the president, too, as well as other points of contention between the two.

“His committee subpoenaed records from Mazars USA, an accounting firm that has provided services to Trump,” the AP reads. “The panel demanded documents from 2011 to 2018 as it probed Trump’s reporting of his finances and potential conflicts of interest. Last week, a federal appeals court ruled the records must be turned over to the House.”

CNN highlighted Cummings as a “prominent Trump critic,” also dedicating a portion of its article to the public clashes with the president. The article mentioned Cummings higher up in the article, writing that he was a “key figure leading investigations into President Donald Trump.”

The article did note that Cummings said over two years ago that he had “found common ground” with the president. It added that the two “did not always agree” and mentioned a past instance where the lawmaker “urged the President to rethink his language on African American communities.” The comment came “after Trump repeatedly painted a grim picture of inner-city life on the campaign trail,” according to CNN.

The article followed up Trump’s “disparaging remarks toward Cummings and his Maryland district” by noting that the president offered his sympathies following the death.

Matt Dornic, vice president of communications for CNN, was unapologetic about making Cummings’ death about Trump.

“If you don’t know the answer to that, you’re in the wrong biz. The story speaks for itself,” Dornic told the Daily Caller News Foundation after being asked why Trump was featured so prominently in Cummings’ obituary.

The Washington Post also highlighted Trump in its write-up of Cummings, dedicating an entire section in the obituary titled “Dealing with Trump.”

“The first two years of the Trump administration, 2017 and 2018, were agonizing for Mr. Cummings, who was battling ill health, including complications of heart surgery, as well as political frustration,” WaPo wrote to start the section.

The article also notes the “Twitter tirade” Trump had against Cummings, highlighting that the lawmaker’s district is made up of mostly black people.

“In turn, the president went on a Twitter tirade against Mr. Cummings and described his majority black Baltimore district as a ‘disgusting, rat and rodent infested mess’ and suggested the congressman focus his efforts on cleaning up ‘this very dangerous & filthy place,'” the article reads.

WaPo included write-ups about many policies that the Democratic lawmaker had with Trump, a Republican president. The article noted that Cummings felt “his efforts to work with Trump and members the GOP majority in the House were fruitless” and that he said Trump began to ignore him. The article also notes that they disagreed on adding a citizenship question to the 2020 Census. 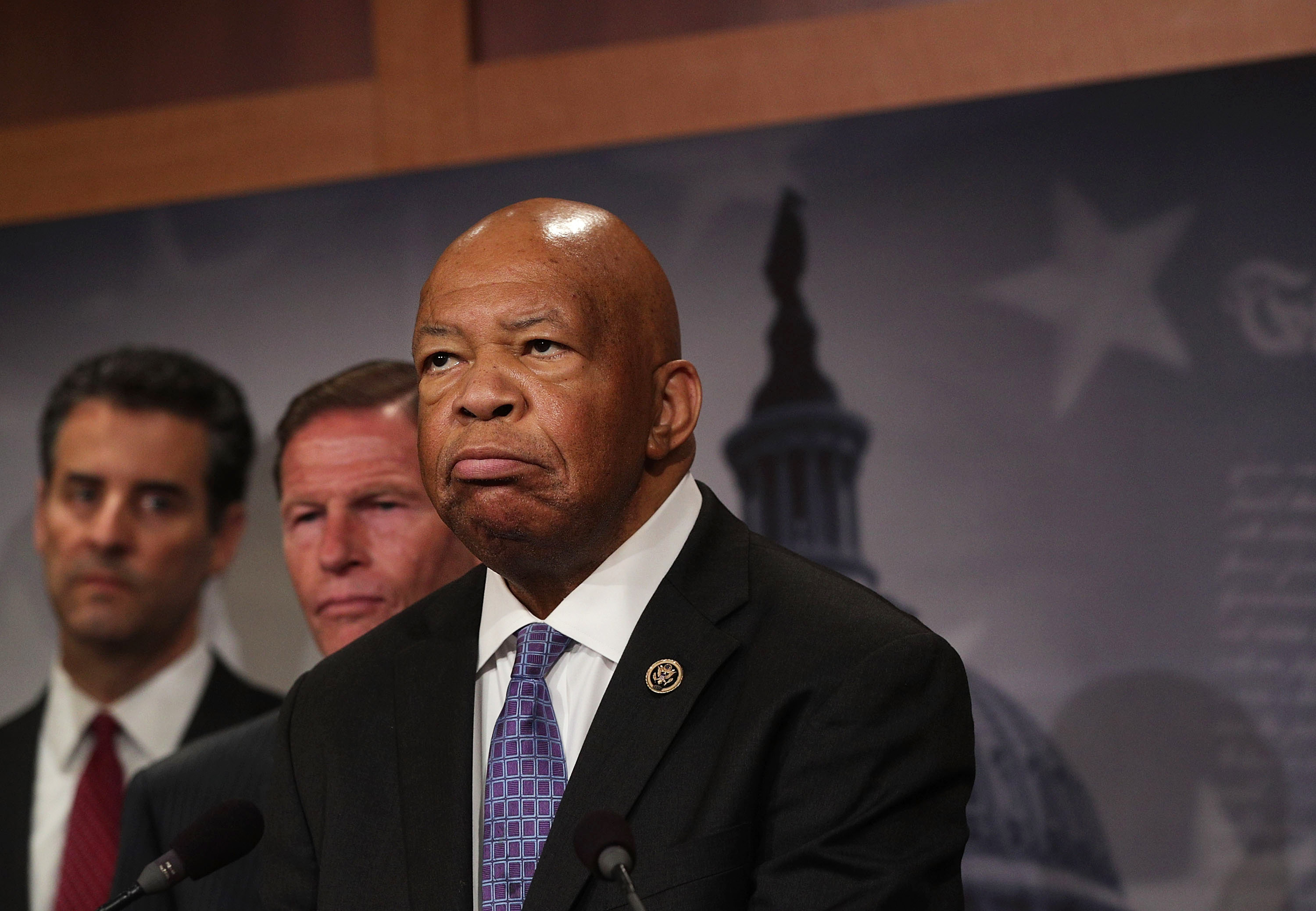 Half of The Daily Beast’s write-up about the lawmaker’s death was about Trump, with six out of 12 paragraphs dedicated to the president. (RELATED: ‘Politicized Conduct’: House Republicans Blast Elijah Cummings’ Border Trips)

The article is titled “Elijah Cummings, Democratic Leader and Trump Foil, Has Died.” The excerpt under the headline reads, “Cummings was a leading force in the impeachment probe of President Trump at the end of a long and distinguished congressional career.”

Reporter Jamie Ross noted in the obituary that Cummings was “a frequent adversary of Trump,” adding that the president “appeared to mock on Twitter a late-night burglary attempt at his home.” Cummings home was burglarized shortly before the president called his district a “rodent infested mess.”

“In late September, as Trump made clear his support for his officials’ attempts to dig up dirt on his potential 2020 rival Joe Biden, Cummings went public with his support of impeachment,” the article continues. The very end of the article dedicates two paragraphs to Cummings work “prior to the Trump era,” noting that “ha was best known for his work defending the Voting Rights Act.”

The Daily Beast doesn’t mention anything about the congressman’s notable efforts to help the black community, including the 2015 moment when he took to the streets to help stop rioting after a black man died in police custody in Baltimore.

It also doesn’t mention that he made history in the Maryland House of Delegates by becoming the youngest chairman of the Legislative Black Caucus, or that he became the first black man to serve as speaker pro tempore, who presides if the speaker is absent.

The Associated Press, the Washington Post and The Daily Beast did not immediately respond to a request for comment from the DCNF.