With all the talk of whistleblowers in the media lately, it’s an opportune time to take a look at what it actually means to “blow the whistle” from within the federal government. The Obama administration dealt with leakers quite harshly, so they were able to control what got out about the numerous scandals. In fact, the Obama administration prosecuted more leakers under the Espionage Act for leaking than all other administrations put together. By contrast, today leakers of fourth-hand hearsay in the Trump administration are heralded by the left as meritorious whistleblowers.

The Obama administration found it much easier to fire people suspected of disloyalty without the bulk of the media raising any issue at all. The Obama administration was vicious in even spying on reporters, as we learned about their surveillance of not just a Fox News reporter but also even the Associated Press. Not even a whimper was heard from the “mainstream” over those abuses. They just lined up and said, ‘Thank you sir, may I have another.’

What we’re seeing now does not qualify for whistleblower status, but instead is more like anonymous newly legalized leaking of classified materials through multiple levels of hearsay for political purposes to harm a duly-elected President and his ability to perform his job. As we have learned, the Intel Inspector General (IG) changed the rule after the complaint was known in order to allow hearsay complaints, but the IG dishonestly backdated the rule change so that damage could be done to President Trump. We now need an IG investigation of the Intel IG. (RELATED: The President Is About To Get CNN Legally Designated As Fake News) 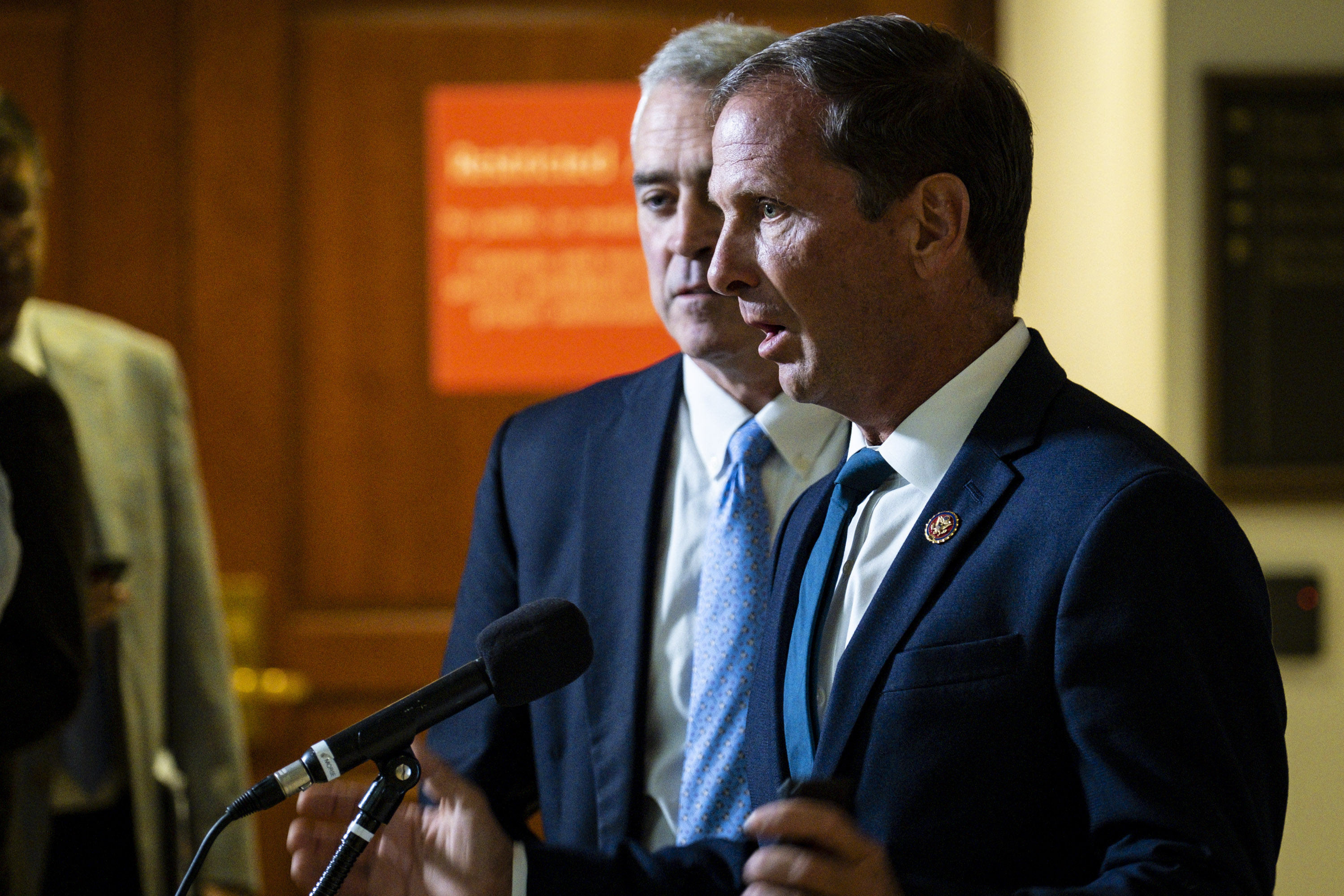 WASHINGTON, DC – OCTOBER 04: Rep. Chris Stewart (R-UT) speaks to the media after leaving a closed door briefing with Intelligence Community Inspector General Michael Atkinson before the House Intelligence Committee on October 4, 2019 in Washington, DC. Atkinson is on the Hill to discuss a whistleblower complaint regarding a phone conversation between President Donald Trump and a foreign leader. (Photo by Pete Marovich/Getty Images)

In a just and fair nation, actual whistleblowers are people who disclose first-hand evidence that they reasonably believe is evidence of illegality, such as fraud or wasteful spending. Properly reporting the abuse of government resources and providing hard evidence of the abuse is essential to good governance in our country. A hearsay-spreading gossip is in no way a laudable whistleblower. Instead, someone so power-hungry and manipulative invites fraudulent and politically-biased claims, exactly like we are currently witnessing.

Whistleblower laws were meant to protect federal employees from losing their jobs as payback for these factual disclosures when their identity was revealed. If the identity of a legitimate whistleblower with firsthand knowledge is going to be kept secret, there is no need for whistleblower laws to protect them from reprisals.  This is especially true in the intelligence community where whistleblowers risk having their security clearance revoked without due process or just cause. In some cases, reporting misconduct can even cost them their career and livelihood by these means. (RELATED: Gohmert: Inspector General Glosses Over Some Ugly Truths About The FBI)

As far as what happens to legitimate whistleblowers, one need look no further than the case of Adam Lovinger, a Trump-supporting strategic affairs analyst who worked for the Pentagon’s Office of Net Assessment (ONA). Mr. Lovinger became concerned that the Pentagon was wasting millions of taxpayer dollars on outside contractors commissioned to write academic-style papers instead of authentic net assessments of future threats. Although the sole mission of ONA was to create these net assessments, it had not produced a net assessment in over a decade, relegating the duties of its staff to outside contractors. The amount of the questionable payments under these contracts were well outside of the norm for ONA subject matter experts for such assessments, sometimes hundreds of thousands of dollars more.

One of the recipient contractors in this scheme that Lovinger identified was an obscure college professor, a man the world would later learn was one of the key players in the coup attempt against then-candidate Donald J. Trump: Stefan Halper. Mr. Lovinger had no idea he had just stepped on a landmine, when all he did was discern outrageously wasteful spending of taxpayer dollars. (RELATED: It’s Looking More And More Like The Whistleblower Issue Was Stage-Managed By Dems And The CIA)

Rather than leaking classified information to the press, as certain politically motivated disinformation operatives would do while claiming to be a “whistleblower,” Mr. Lovinger alerted his chain of command inside the Pentagon through a series of internal emails. Despite exercising the proper reporting channels, Mr. Lovinger would eventually be stripped of his security clearance, leaving him virtually unemployable in the areas of his expertise. Over two and a half years later he remains suspended without pay and without his security clearance as the bureaucrats continue their coverup for bad actors in the Obama administration who weaponized the security clearance process. 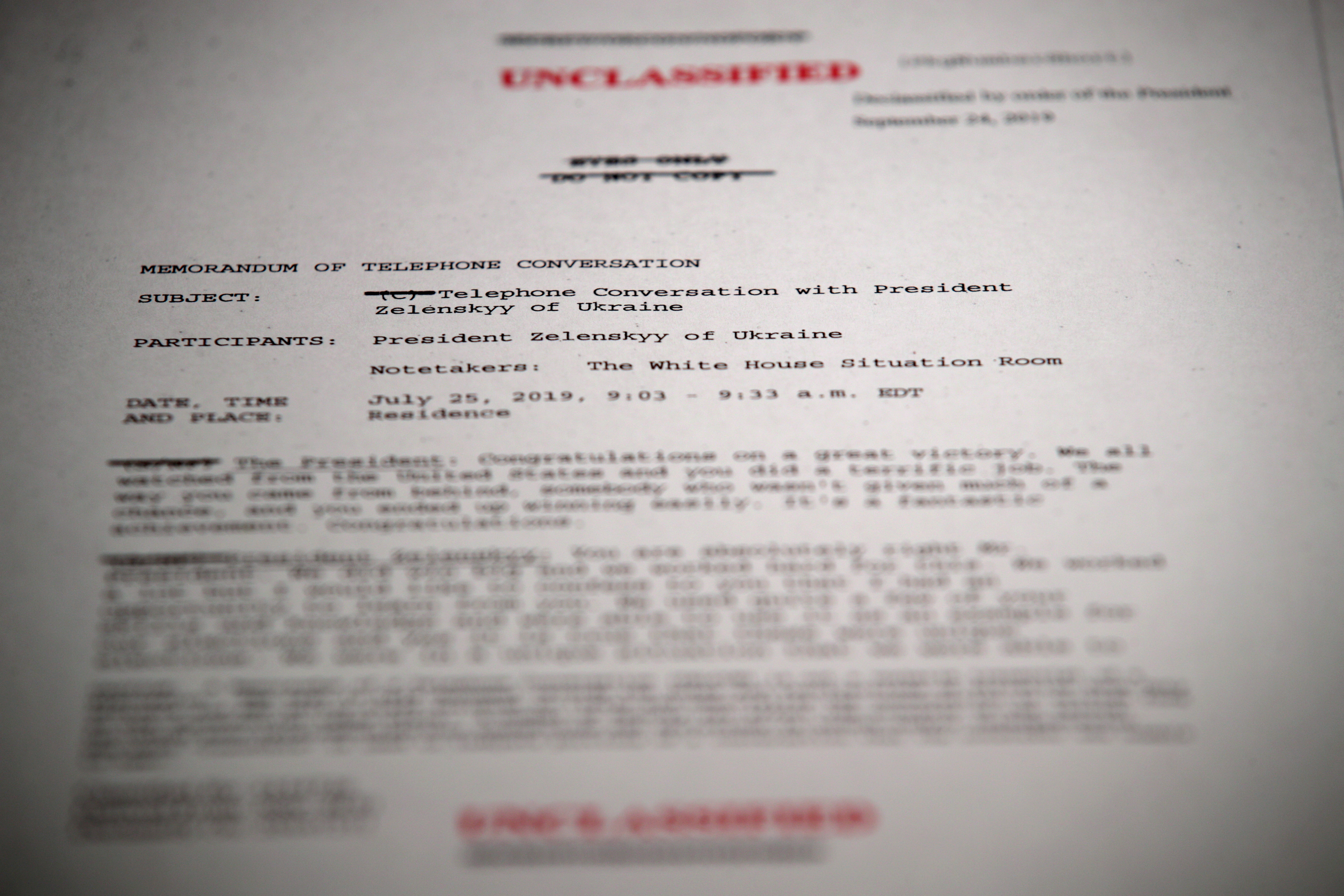 WASHINGTON, DC – SEPTEMBER 27: In this photo illustration, the first page of the unclassified memorandum of U.S. President Donald Trump’s phone call with Ukrainian President Volodymyr Zelensky from July 25, 2019 is shown September 27, 2019 in Washington, DC. The White House released on September 25, 2019 a memorandum of the phone call, one day after Speaker of the House Rep. Nancy Pelosi (D-CA) announced a formal impeachment inquiry due to a whistleblower complaint regarding the call. (Photo Illustration by Alex Wong/Getty Images)

This egregious retaliatory action was why I first drafted the Adam S. Lovinger Whistleblower Reprisal Act in 2018. If enacted, this bill would make it a federal crime to use background checks as a political weapon in an effort to curb the largely unpunished trend of officials in Washington. These swamp-dwelling insider trolls have leveraged security clearances against potential whistleblowers who would otherwise report instances of corruption in the federal government.

Democrats in Congress and their willing accomplices in the media have given little to no coverage of Mr. Lovinger’s fact-filled, document-driven, honorable report. Contrast that with the way those same leftists have glorified the anonymous, malevolent gossiper and it reveals how self-serving their motivations truly are. Rather than protecting brave individuals who come forward with legitimate reports of government misconduct and malfeasance, like Mr. Lovinger, the Democrats instead choose to champion a politically expedient non-factual hearsay account to prop up their ongoing anti-Trump narrative. (RELATED: BARR: Intelligence Community Management Is Behind ‘Whistleblower’ Saboteurs)

When this type of flagrant bias is permitted, our nation’s whistleblowing mechanisms are corrupted and weaponized as we are seeing now with anonymous, hearsay accusations. Whistleblowers are supposed to identify themselves, testify, and provide documentation of wrongdoing. The current, third-world-style politics on display now was ramped up to new levels by the Obama Administration which has deeply divided this nation. The hatred is not coming from conservatives who want to keep our republic. Instead, it is seething anger that blinds the left into decreeing that there is no room for different views from their own. Some Trump-hating elitists need to awaken from their angry stupor, and allow America to once again be a place where hope blossoms and the third world has an example of justice to which they can aspire.

Rep. Louie Gohmert represents Texas a Republican in the U.S. House of Representatives.