Over the past two years I’ve been going in and out of northeast Syria working in the region controlled by the Syrian Democratic Forces (SDF), visiting the prisons and camps where they hold Islamic State detainees from more than 100 countries.

As I’ve interviewed in-depth over 100 ISIS cadres held by the SDF, I’ve also gotten a close look at the male and female Kurdish People’s Protection Units (YPG and YPJ) who are in charge of the prisons and have witnessed their governance of the area.

Though Turkey has labelled these groups as dangerous terrorists, what I’ve seen with the SDF is an amazing birth of democratic processes springing up in the middle of Arab regimes known for their autocratic, totalitarian and brutal governance. While it hasn’t been perfect, the Kurdish dominated SDF ‘s governance was something to behold, amazingly rising amidst the ashes of where ISIS once ruled.

That is, until in the recent weeks during which U.S. foreign policy was suddenly thrown out the window by President Trump, who seemingly forgot the 11,000 Kurds who died fighting ISIS with and for us — to keep our cities free of ISIS plots hatched and incited from inside Syria. In so doing, he green-lighted the Turkish attack on the region. This is a wrong-minded policy and should be immediately reversed and the SDF project of democracy building immediately restored — that is if Americans are who they say they are.

Married to a U.S. ambassador and as a counter-terrorism expert in my own right, I’ve seen a lot of American foreign policy played out on the ground. My first experiences in U.S. attempts at supporting the spread of democracy took place in 1997 in Belarus, in the former Soviet Union where my husband was first posted as U.S. ambassador. Often I would accompany him and U.S. Embassy staff where we would open U.S. sponsored clinics or programs in small towns and give short talks on the ways in which grassroots democracy could be enacted right there in that village through community participation, organization and elections.

Later, my husband was posted to U.S. embassy in Baghdad after our troops had been sent in to take out Saddam Hussain with the hopes of installing a new form of democratic government. I again saw how our embassy and military tried to spread ideas and principles from the West eastward. Sadly, in both Belarus and Iraq we have not seen the flourishing of democratic principles, but instead the twisting of democratic institutions for the benefit of corrupt and autocratic elite who continue to be “democratically” elected. 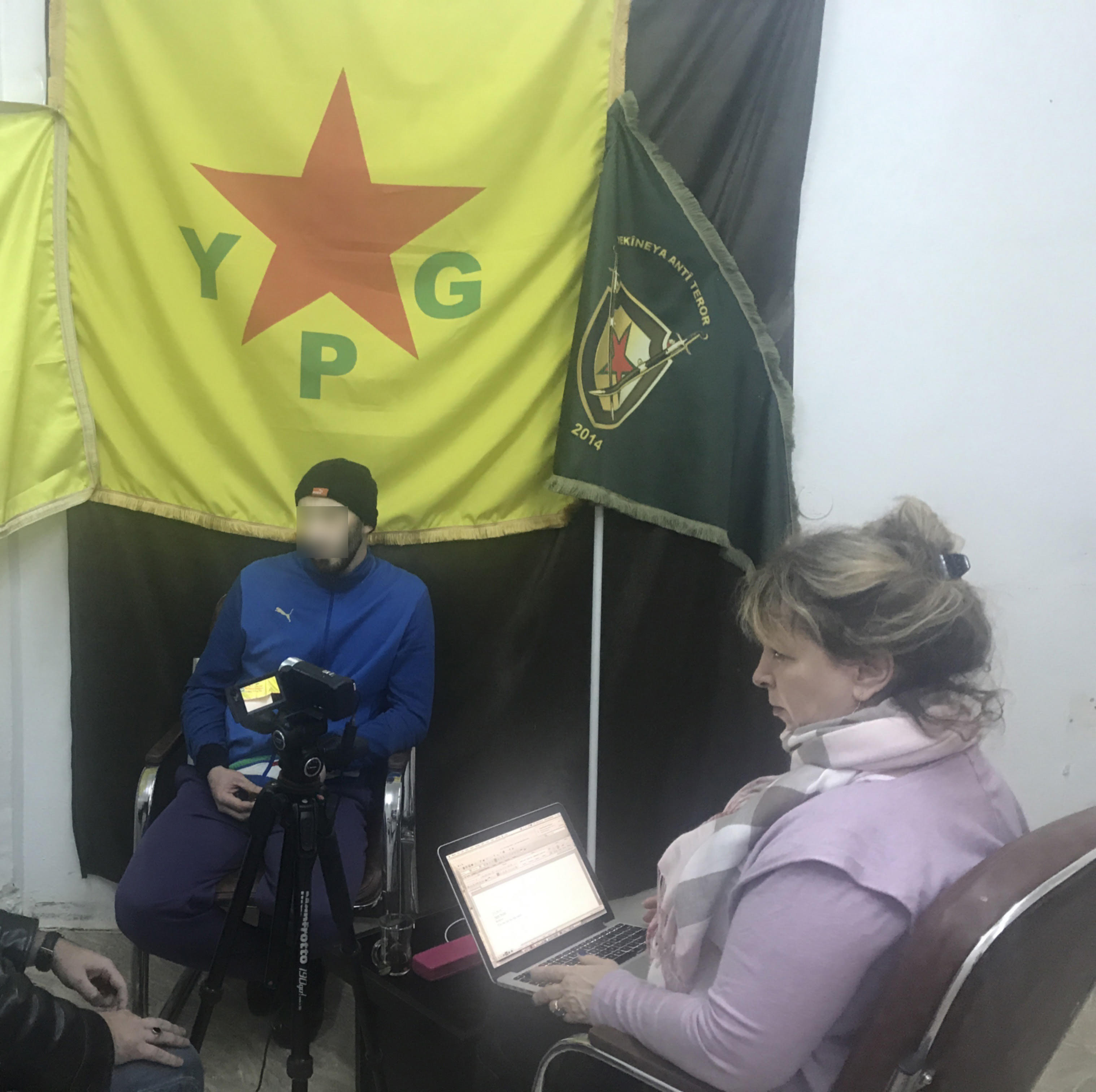 Perhaps I was naïve in my youth and believed democracy was the best form of governance and could be spread to people who yearned for their freedom. Yet, I failed to witness it happen well anywhere — until recently when I started visiting the region of Syria controlled by the Syrian Democratic Forces (SDF). There, I saw the Kurds who had resisted ISIS’s attack first on Kobane; and then fought back with the help of the U.S. coalition and took over wide swathes of land once held by ISIS.

I witnessed first-hand their attempt to set up a democracy and agree to share governance with the other minorities they suddenly controlled — something you would think could be awarded a Nobel Peace Prize rather than an abrupt political and military betrayal.

I traveled by car all over the northeast of Syria and felt relatively safe as I saw life returning to normal. Nothing is perfect and grievances and mistreatment did occur. Yet I couldn’t help but be amazed when ISIS prisoners repeatedly and spontaneously told us that their captors did not torture or mistreat them. I saw again and again the Kurdish ideas of community building and reconciliation played out, versus the familiar themes of revenge and punishment dominant in that region, in multiple venues including with the prisoners and with the communities over which the Kurdish-dominated SDF had gained control.

Now, suddenly, our president has green-lighted the return of Arab fighters who hold an ideology similar to ISIS and al-Qaeda into the area. They are willing to videotape themselves as they trample on the bodies of female YPJ soldiers they have killed, drag politicians out of their cars to murder them in cold blood, and kill anyone they deem unworthy of having life and freedom under their rule. The Kurds never did anything like this.

If Americans truly believe in democracy-building versus grabbing oil resources and betraying our allies, it is imperative that we immediately signal to Turkey that a grievous mistake has been made. They need to back out of northeastern Syria at once and call their Syrian “FSA” thugs back from the area as well; and if they touch one of our soldiers who need to return to our Kurdish brothers in arms, there will be hell to pay.

Our mission in Syria was to fight ISIS. We had a loyal, true and democratic partner doing so. We need to reenter the territory, help the 100,000 displaced persons return to their homes, and get back at supporting the SDF in democracy-building and safeguarding those who believe, like we do, that freedom is something to be treasured when it’s been hard won in battles with the forces of evil.

Anne Speckhard (@AnneSpeckhard), Ph.D., is director of the International Center for the Study of Violent Extremism (ICSVE) and an adjunct associate professor of psychiatry at Georgetown University School of Medicine. She has interviewed over 600 terrorists, their family members and supporters around the world including in Western Europe, the Balkans, Central Asia, the former Soviet Union and the Middle East.