Over 250 news outlets and journalists partnered with Columbia University School of Journalism’s flagship magazine to shape control of “climate crisis” coverage in the lead up to the United Nations climate conference. The coverage-coordination initiative included directing how much time, space and prominence should be devoted to the coverage, and asking that climate “news” be added to seemingly unrelated stories.

Some of the biggest media outlets in the country, such as CBS and Bloomberg, joined the effort. But others, such as The Washington Post and The New York  Times, declined to participate in a project they reportedly feared appeared activist in nature. More troubling, a number of the major outlets that joined did not disclose participation to their readers.

In addition to CBS and Bloomberg, the effort, called Covering Climate Now, involved BuzzFeed News, HuffPost, The Daily Beast, the Center for Public Integrity, Newsweek, Rolling Stone, Slate, Vanity Fair and The Weather Channel, among many others. BuzzFeed and The Huffington Post were among the major outlets that did not disclose the coordination. When asked by the Daily Caller News Foundation, the lack of disclosure was criticized by the Society of Professional Journalists.

The coordination effort was organized in part by Columbia Journalism Review (CJR), a nonprofit that represents professional journalists and was traditionally focused primarily on journalism ethics. Covering Climate Now’s founders hope to continue elevating climate news even after the project ends. The effort’s target was the lead-up to, and coverage of, the U.N. “Climate Action Summit,” held Sept. 15-23.

BuzzFeed News reached more than 27 million unique views between September and October, according to Quantcast, a website measuring audience size. BuzzFeed is owned by Jonah Peretti, an internet entrepreneur who founded the outlet in 2006 to track viral online content, and the left-leaning HuffPo is owned by Verizon Communications. Media tycoon Arianna Huffington originally founded HuffPo in 2005 with the help of Peretti.

Covering Climate Now’s founders kicked off the project in April and announced in May that they would ask partners to devote a week to climate-related news, starting in September. The Nation environmental correspondent Mark Hertsgaard co-founded the project under the assumption that the news outlets don’t cover climate change as urgently as he thinks they should.

WaPo and others did not contribute because they believe Covering Climate Now has the “aroma” of advocacy, he complained in September.

“We believe that every news organization in America, and many around the world, can play a part,” CJR posted May 22. Sometimes that will mean committing your newsroom to important and high-impact stories. Other times it will mean sharing your content, engaging your community, or adding a few lines of climate information to stories that wouldn’t otherwise have them.”

Covering Climate Now has not responded to the DCNF’s request for comment.

Much of the group’s coverage leading up to the U.S. climate summit focused on Swedish activist Greta Thunberg, a 16-year-old girl who traveled to the U.S. in August on a racing yacht. Her visit was designed to galvanize American support for policies that seek to tackle climate change.

Thunberg’s activism and Covering Climate Now’s media blitz seemed to fall flat with the crowd of United Nations diplomats: No major promises were made to tackle climate change at the summit. The European Union, for instance, didn’t go along with environmentalists’ wishes and set a goal to be carbon neutral by mid-century out of fear that such ambitions would tank its member state’s struggling economies.

“Large parts of the mainstream media have stopped pretending to strive for objectivity in their reporting,” Myron Ebell, a climate skeptic and director of the Competitive Enterprise Institute’s Center for Energy and Environment, told the DCNF. “On the climate issue, many outlets and reporters are now publicly boasting about the fact that they are promoting their own prejudices on the grounds that increasing global energy poverty is a noble cause.”

Ebell was not the only energy advocate to criticise the program. “This is nothing more than what used to be known as ‘civic journalism’ … or propaganda for the left dressed up as news reporting,” Steve Milloy, JunkScience.com publisher, told the DCNF. He also suggested the media are being hypocritical. They would thrash the fossil fuel industry if it attempted to recruit reporters in a quest to support natural gas, Milloy said.

HuffPost did not respond to numerous requests for comment while BuzzFeed News said the partnership did not affect the outlet’s coverage. “Our coverage of climate change is year-round and unaffected by outside partnerships,” Matt Mittenthal, a spokesman for BuzzFeed, told the DCNF.

Covering Climate Now published a list of articles on its website throughout September that promoted climate coverage.

Nearly 40 of the articles on the list of 128 failed to mention the project. The list included pieces from CBS News, Bloomberg News and The Nation, all of whom produced pieces that failed to mention their participation in an outside project designed to direct their editorial bent. Many of the articles on the list bore labels containing the words “Covering Climate Now” but do not otherwise explain what the project entails or which groups are involved.

CBS News, which has not returned requests for comment, produced a Sept. 21 feature on clear cutting in Oregon that did not include a disclosure. The title of that feature was “Who should be in charge of America’s ancient forests: industry or environmentalists?” which discussed the impact clearing U.S.’ forests has on the environment and if private companies should be allowed to use forests.

CBS News included disclosures on articles throughout September that discuss how Americans feel about climate change. The channel also mentioned its participation in a Sept. 17 feature highlighting how U.N. Secretary-General Antonio Guterres is considering a summit to discuss ways of re-invigorating the Paris Climate agreement, which he says needs to be re-booted.

New York City Mayor Michael Bloomberg exits after a speech to the Real Estate Board of New York in New York, May 30, 2013 (REUTERS/Brendan McDermid)

Bloomberg News, for its part, published a statement on Sept. 16 announcing its role in the project, but the outlet still produced content that did not contain disclosures. The outlet published a Sept. 22 article titled “Big Oil Prepares to Defend Big Gas as Climate Week Begins,” which discusses how the oil industry is defending the use of natural gas as a clean alternative to coal. The article did not mention the outlet’s participation in Covering Climate Now.

Former New York Mayor Michael Bloomberg founded Bloomberg News. Bloomberg, who flirted with the idea of running for president in 2020 and filed in the paperwork to participate in Alabama’s Democratic primary, has devoted much of his philanthropic work to funding various anti-coal projects. Bloomberg News has not responded to the DCNF’s request for comment.

The Nation, Covering Climate Now’s co-founder, published a 2,400-word article on Sept. 18 with an alarmist headline suggesting that Americans are “fueling the next global extinction.” The piece did not contain a disclosure but notes that it was originally published by Tom Engelhardt at TomDispatch.com, though the DCNF was unable to locate the article on Engelhardt’s website.

The Nation, which announced the project in a July post, also published a journalistic piece on Sept. 19 by Nation associate editor Zoe Carpenter that fails to mention Covering Climate Now. Nobody from the outlet has responded to requests for comment.

Covering Climate Now was aided by wealthy advocacy groups, some of which help journalists edit and craft stories discussing climate change from an alarmist perspective. One nonprofit group associated with the project is Climate Central, which provides extensive guidance to reporters.

“We contribute data and charts plus a science reporter and an editor,” the group’s website notes. “For a text story, we help craft a feature in a way that puts climate change in appropriate and accurate context. For broadcast media, we provide story and interview suggestions and help develop and review scripts.”

Climate Central has not responded to the DCNF’s request for detailed information about how it contributes to journalists’ content. The group is funded in part by the Energy Foundation, a charity providing grants to various groups with the hope of transitioning the U.S. away from fossil fuels. 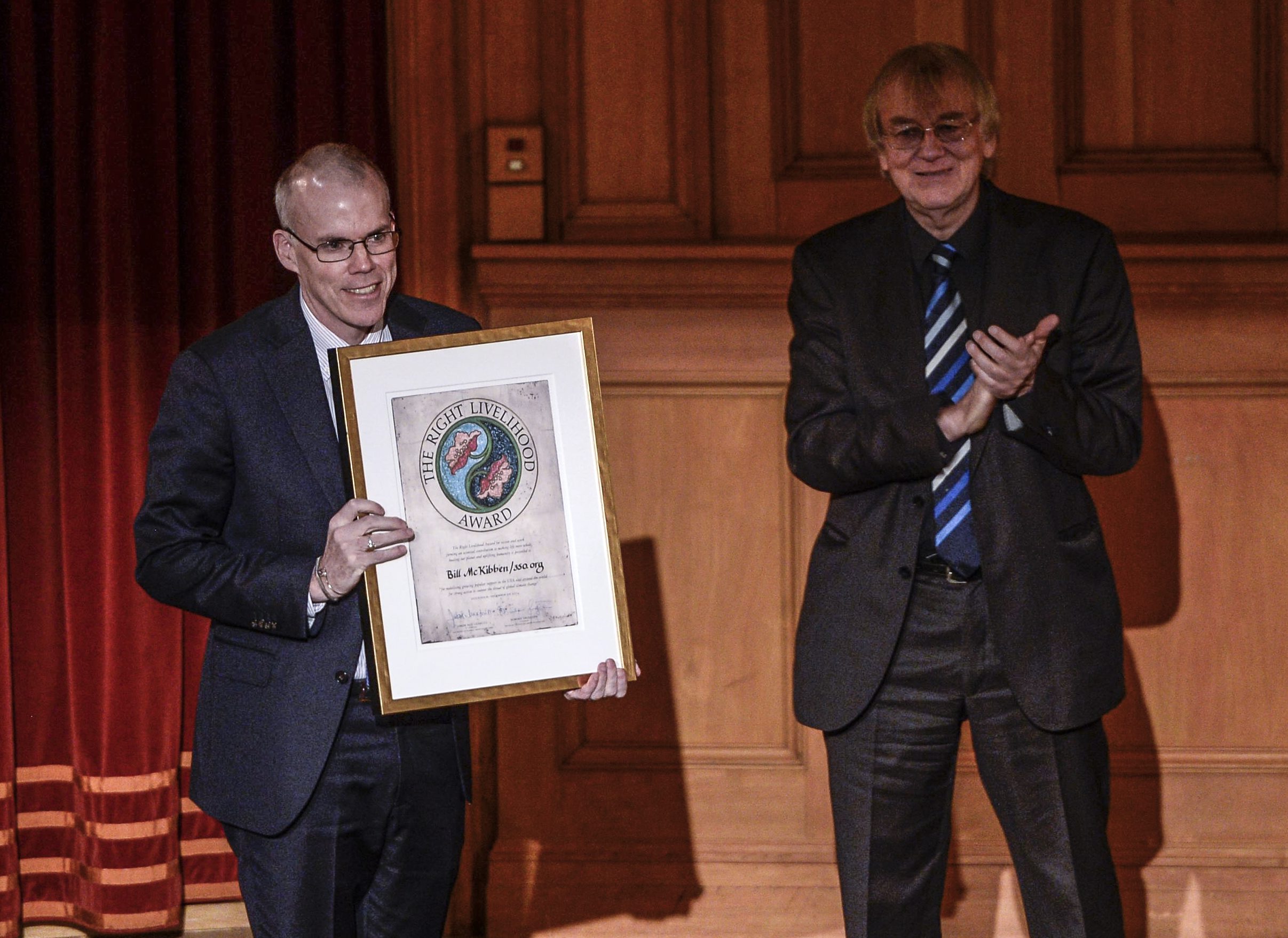 Reuters did not participate in the project, yet its editors did not object when Yereth Rosen, a freelancer for the wire service, contributed. Reuters, which opposes advocacy journalism, dismissed any suggestion that Rosen’s contributions are inappropriate. 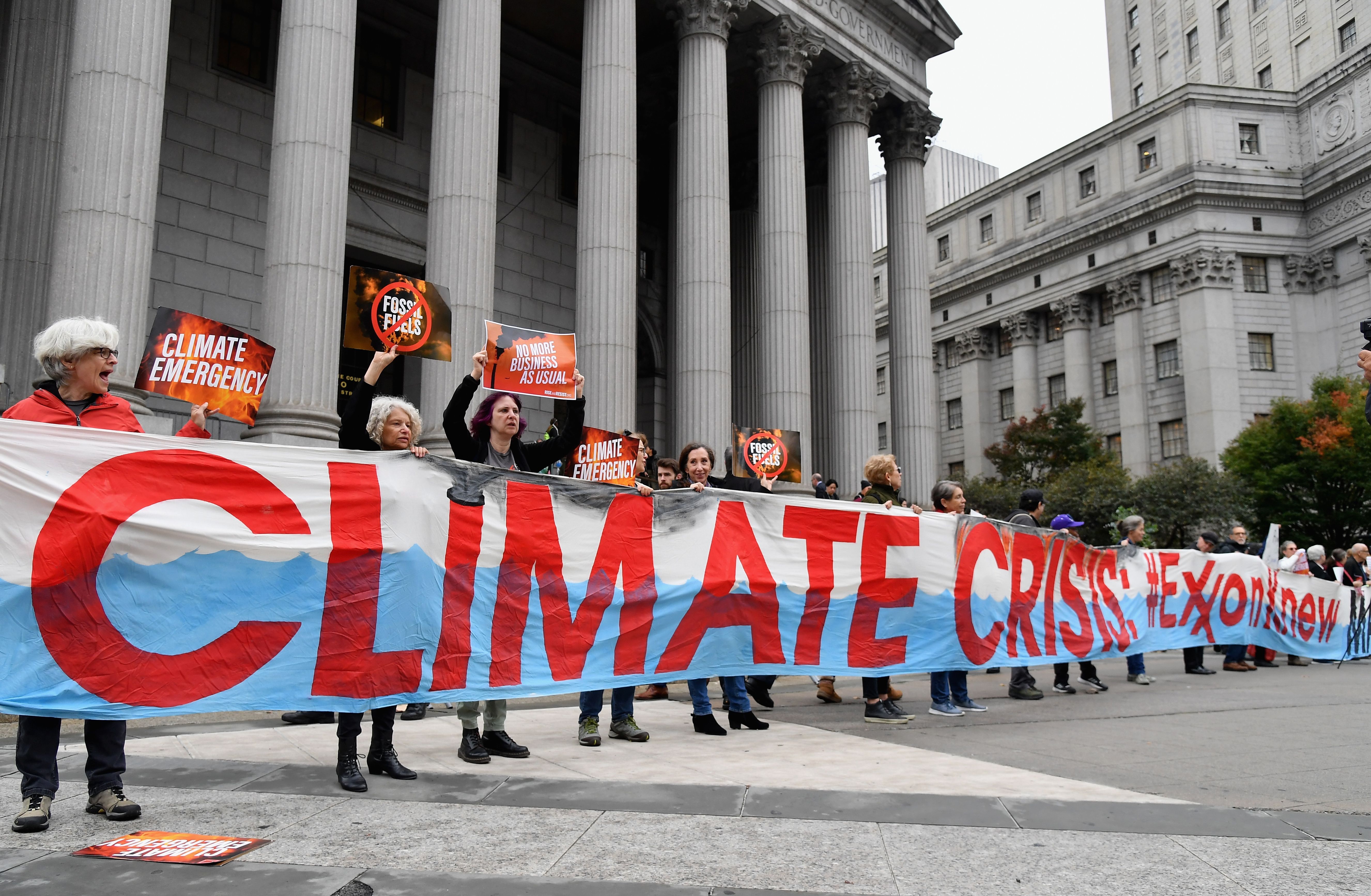 “We do not see this cause in conflict with the Trust Principles. All stories, under the Trust Principles, are required to be accurate, fair and free from bias. Ms. Rosen’s work for Reuters has been exemplary in this regard,” Brian Ross, Reuters’s ethics and standards representative, wrote in an Aug. 15 email reviewed by the DCNF.

Ross was responding to an Aug. 13 email complaint from a former reporter who was concerned about Rosen’s role in Covering Climate Now. The person made the complaint through the outlet’s online support option. Reuters was more circumspect in later emails to the DCNF on the subject.

“While we do not comment on individuals in our newsroom, all Reuters journalists, including freelancers, are bound by our Trust Principles of ‘integrity, independence and freedom from bias,’” Heather Carpenter, a spokeswoman for Reuters, told the DCNF.

“Our journalists are to remain free from personal conflicts on the subjects they are assigned to cover,” she added. Reuters has not made Rosen available for comment nor did it address whether it is appropriate to allow an external group to dictate what content its reporters publish.

The Society of Professional Journalists, however, criticized the lack of transparency. (RELATED: UN’s New Report Shows There’s ‘Little Basis’ For A Favorite Claim Of Climate Activists)

“We encourage journalists to be transparent,” Lynn Walsh, a national member and former president of the Society of Professional Journalists, one of the oldest groups representing journalists, told the DCNF. “If they did not include any disclosure there is nothing we can do though. SPJ is not a regulatory body.” She went on to say that any group involved must explain exactly what the project entails.

Why Didn’t WaPo And The NYT Contribute?

Most legacy media are unwilling to break away from the idea that journalism should not advocate for a position, according to Hertsgaard, who co-founded Covering Climate Now in part to impress upon journalists the importance of covering climate without feeling compelled to provide a platform to climate skeptics.

“This has an aroma — in their minds — of activism,” Hertsgaard continued, explaining why the big three legacy outlets preferred not to join. He and Pope noted Covering Climate Now intends on breaking up that perception by wrapping climate coverage in the blanket of science rather than politics.

Advocacy-style journalism is the new in-thing, according to David Blackmon, an independent consultant and analyst who has nearly 40 years experience in the energy industry.

“I don’t think that anyone would object to any of it if they were upfront about their agenda,” he told the DCNF. “There’s no effort to properly identify agenda-driven pieces. They are backed up with factual information, but it usually tells just half the story. It’s become the norm.”

Blackmon, a Forbes contributor, noted that much of the reporting is one-sided and focuses exclusively on one narrative: Climate change must be stopped at any cost. Such reporting rarely gives coverage to the economic consequences of climate activists’ preferred policies, he noted.

“We are at a point where we were at the turn of the 21st century,” Blackmon told the DCNF. “You had partisan affiliated outlets and almost no objective journalism at all. We’ve gone to that place after a period of time.