Learn to think in microsteps. If you are experiencing couch lock, try wiggling one finger. Then build from there.

Hypnotists and entrepreneurs have overlapping thinking styles when it comes to motivating themselves to take action. When entrepreneurs don’t know how to get from A to B, they take the smallest step in that direction that is available to them, and then see if they can figure out the next one from that new starting point. Hypnotists who see humans as programmable entities understand that they have to start with small suggestions, such as “Your eyelids feel heavier” in order to work up to larger actions, such as “Your arm is so light it will start to float.”

When the hypnotist succeeds at the smaller suggestions, it primes the subject to be receptive to larger suggestions, such as lifestyle changes or getting past a phobia. When you wiggle your pinky to escape couch lock, you are acting like both the hypnotist and the subject, and you quickly realize the small suggestions to yourself prime you to take bigger actions, and it happens almost immediately.

STAYING IN YOUR LANE

At the time of this writing, the two most influential politicians in the United States are a real estate developer who became president and a bartender who got elected to Congress. I’m talking about President Trump and New York Rep. Alexandria Ocasio-Cortez. The most striking thing they have in common is that they did not “stay in their lanes,” and it worked out great for them. 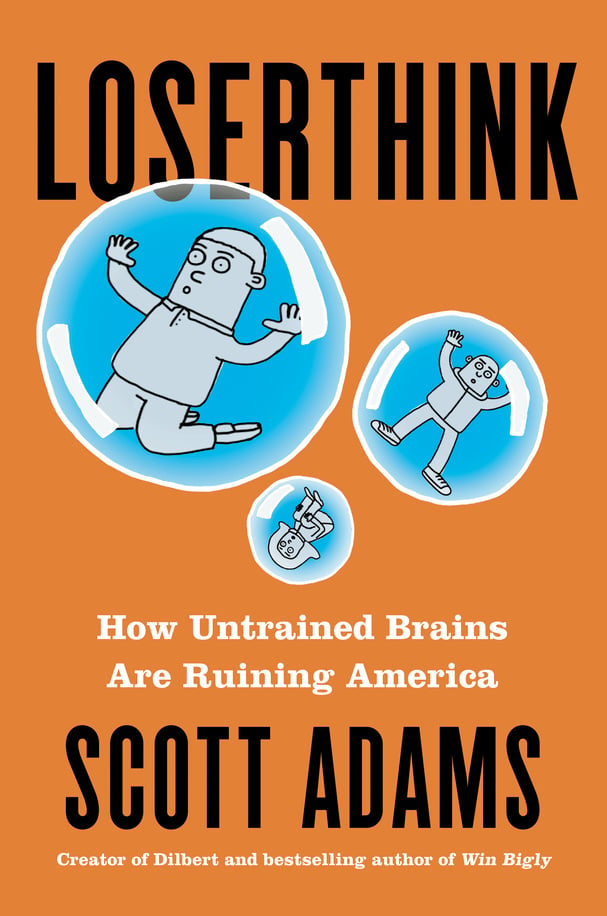 Likewise, you would not be reading this, and the “Dilbert” comic strip would not exist, if I had “stayed in my lane,” which at the time meant working in a cubicle.

My nomination for the most loserthinkish advice in history is: “Stay in your lane.” That is the sort of advice that is better served to an enemy, not a friend. If everyone followed that advice, you wouldn’t have civilization. The world as we know it was engineered, designed, and built by people who left their lane and tried something outside their temporary skill stack. They figured it out as they went.

I’ll agree that one size doesn’t fit all, and some people probably should stick to what they do best. But I wouldn’t want society to decide that staying in one lane is some sort of obvious wisdom. In my experience, the smartest plan for life is to leave your lane as often as you can (without inviting major risk) to pick up skills that will complement your talent stack. The more skills you have, the more valuable you will be, although you won’t necessarily know in advance where it will take you.

If you happen to be one of the best in the world at some specific skill, such as sports, music, or science — and you like what you do — it might make perfect sense to “stay in your lane” and milk that situation for all it is worth. But most of us are not the best in the world, or anywhere near it, at any particular skill. If that describes you, I recommend leaving your lane often — even at the risk of embarrassment — to pick up new skills and new ways to see the world.

The best way to widen your lane is to leave it often, so you can learn something new. I prefer picking projects in which I will come out ahead no matter what kind of luck I have. If I learn some useful new skills, and I make some valuable contacts, and I learn to see the world through the filter of the new skill, I know I have become more valuable and my lane has widened.

Leaving your lane and learning a new skill can be deeply rewarding. The experience of struggling to learn a new skill and then mastering it over time can be a big boost to your confidence. And it is the best way to remind yourself you can prevail in hard situations. Two of my favorite sentences are:

Learning to take sensible chances outside your lane is one of the best life skills you will ever acquire. And it is available to all of us.

Scott Adams (@ScottAdamsSays) is the author of the “Dilbert” comic strip, which has been in publication since 1989. His authored books include “Win Bigly” (2017) and “How to Fail at Everything and Still Win Big” (2013).