According to its website, Climate Investigations Center “was established in 2014 to monitor the individuals, corporations, trade associations, political organizations, and front groups who work to delay the implementation of sound energy and environmental policies that are necessary in the face of ongoing climate crisis.”

Chris K. Gober, an attorney representing D.C.-based free market organization FreedomWorks, argues Climate Investigations Center’s efforts to “monitor” its opponents in public policy discussions include misrepresenting itself to federal agencies in order to collect documents through the Freedom of Information Act (FOIA) at no expense to the Center.

Gober filed a complaint with the Department of Justice on behalf of FreedomWorks accusing Climate Investigations Center of defrauding taxpayers. 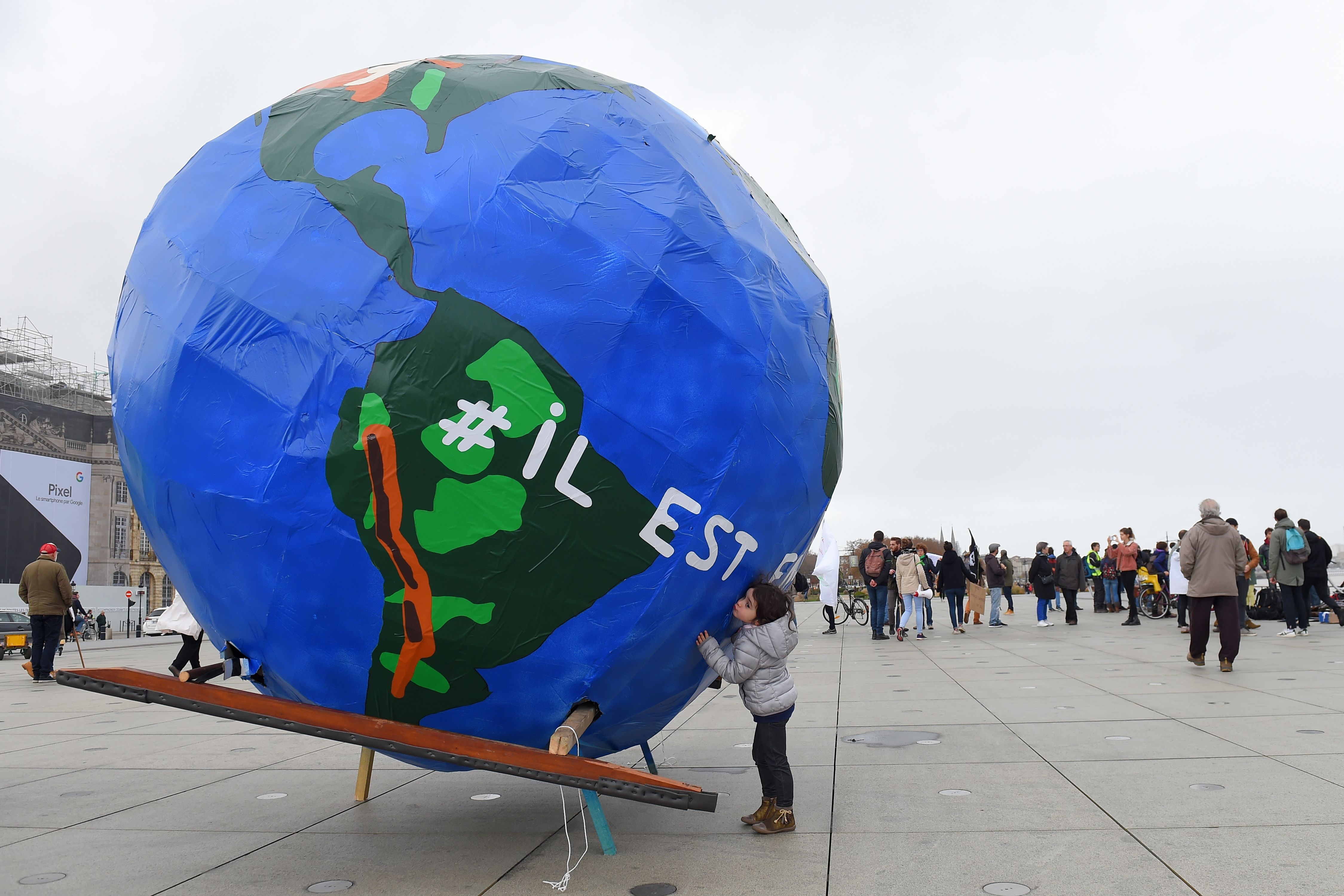 A girl kisses a makeshift Earth during a march for the climate in Bordeaux, southwestern France on December 8, 2018. – Thousands of people were participating today in climate marches in several cities in France. (Photo by NICOLAS TUCAT / AFP) (Photo credit should read NICOLAS TUCAT/AFP via Getty Images)

The complaint claims the Center requests massive numbers of government documents from federal agencies using the FOIA process. Climate Investigations Center then requests a fee waiver — allowing the organization to receive the FOIA documents at taxpayers’ expense — on the basis that the outfit is a nonprofit.

A review of the IRS charitable database, however, indicates that Climate Investigations Center has never received a nonprofit status from the federal government. The group is also not registered or incorporated as a charity or business in any state.

Kert Davies, the founder and director of Climate Investigations Center did not respond to emails asking for clarification about the structure of the organization. The organization also failed to provide evidence that the Center is a federally registered nonprofit.

“Climate Investigations Center,” Gober wrote, “is brazenly asking federal taxpayers to repeatedly foot their bill so they can engage in fishing expeditions into the annals of government records for the purpose of attacking the private entities they are averse to.”

One of the Center’s broadest and most burdensome FOIA requests asked the Environmental Protection Agency (EPA) to provide digital copies of all emails containing any mention of two large oil and natural gas pipeline projects that were sent or received by a former official in the agency’s Office of Policy over a 49-month period. Due to the expansive and inexact nature of the request, EPA employees were still working to compile documents for Climate Investigations Center nearly seven months later.

In addition to the FOIA fee waivers received by the EPA for this and other requests, the Center has improperly requested and received fee waivers from the Justice Department, the Department of Energy, and the Department of the Interior, according to the complaint. (RELATED: DOJ Requests Information That Could Identify Trump Official Behind ‘Anonymous’ Op-Ed) 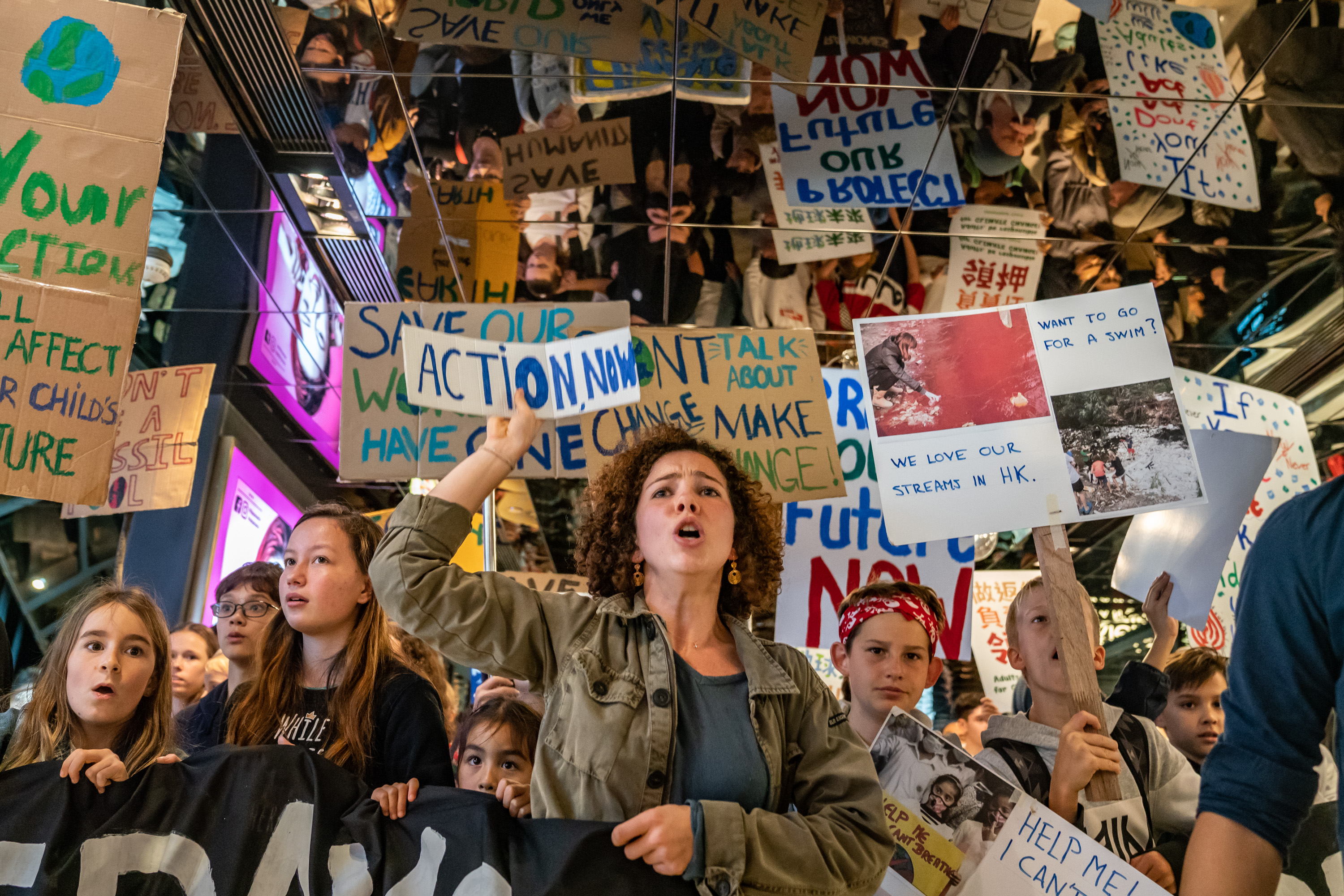 “It appears that Climate Investigations Center uses the FOIA process to secure government records related to entities averse to its apparent commercial interests, and that it then posts and distributes this information to cause commercial harm to the private subjects of the government records,” Gober said.

In addition to apparently misleading federal agencies in order to receive public records at no cost, Climate Investigations Center appears to have taken extreme measures to mask its supporters and sources of funding.

The organization’s website domain is registered through a proxy server that intentionally conceals the identity of those involved in purchasing the domain name and setting up the website. Climate Investigations Center also does not list a physical office address, only a post office box in the Washington, D.C. suburb of Alexandria, Virginia.

No fewer than 78 articles appear on the Center’s website related to funding of corporations and nonprofits engaged in influencing climate and environmental policy. One article demands ExxonMobil publish recipients of the company’s corporate giving. Others attack conservative think tanks and other political nonprofit organizations for receiving money from donors with investments in the energy industry.

In an interview with the Energy and Policy Institute, Davies criticized a conservative foundation for refusing to disclose its donors. “There’s no transparency, no accountability for the money. There is no way to tell who is funding them,” Davies complained.

Climate Investigations Center, however, fails to publicly disclose its own donors.

The Center does not solicit donations on its website. In fact, there is no clear way to contribute to the organization, indicating Climate Investigations Center has a stable, reliable source of financing.

Davies did not respond to emails asking how the Center is funded and requesting a list of donors.

In addition to failing to publish its sources of funding, the Center also does not reveal salaries for top officers, and hides the identity of its board members. Such information is commonly available for both for-profit businesses and non-for-profit organizations – particularly those engaged in advancing transparency and accountability.

“Climate Investigations Center appears to be nothing more than a well-funded attack website that advances the agenda of its unknown financial backers,” said Gober.

The Center’s staffers may also be violating federal lobbying rules.

Neither Davies nor Climate Investigations Center’s other employee, investigator and freelance reporter Dan Zegart, are registered as lobbyists, but they appear to be engaging in undisclosed lobbying activities.

In the last year, both Davies and Zegart have been in attendance at House subcommittee hearings about climate change, according to sources at the hearings. According to a Congressional staffer who spoke on condition of anonymity, Davies was overheard saying he got Congresswoman Alexandria Ocasio-Cortez to appear at the hearing. He also boasted of plating a question that Rep. Ocasio-Cortez asked about the Koch brothers. (RELATED: Greenpeace Co-Founder: ‘Climate Crisis Is Not Only Fake News. It’s fake Science)

In his complaint to the Department of Justice, Gober asks that no more fee waivers be granted for Climate Investigations Center’s FOIA requests and calls for an investigation into the Center for misrepresenting itself as a nonprofit.

Pye said taxpayers should be reimbursed for the cost of providing FOIA records to the Center under false pretenses.

“Climate Investigations Center should be responsible for paying the FOIA fees they would’ve paid without the improper fee waivers.”