The Columbia Journalism Review has long been considered an arbiter of the profession and a beacon of high standards in a business whose product can vary widely. But several recent controversies have shown their position may be slipping, and that their role as an impartial shot-caller is being compromised by its own business relationships and guidance on reportorial practice.

As a magazine published by the Columbia University Graduate School of Journalism, the CJR aims to “be the intellectual leader in the rapidly changing world of journalism,” according to their website, but has committed some big missteps in recent months, all of which involve their close relationships with liberal activist groups. Let’s take a look at them.

CJR helped lead and organize an effort to hype climate change and Greta Thunberg ahead of the 2019 climate summit. The initiative was called Covering Climate Now, and its various partners were asked to devote a full week to climate news.

“CJR and The Nation are leading this effort, along with partners such as The Guardian and others yet to be announced,” a May post at CJR reads. “On behalf of the Schumann Media Center, Bill Moyers pledged $1 million to support the initiative for its first year.”

Two outlets, Buzzfeed and the Huffington Post, did not disclose their participation to their readers, according to reporting done by the Daily Caller News Foundation (DCNF). The Washington Post and New York Times both declined to participate over concerns that this work appeared to be activism, the DCNF reported.

CJR’s initiative asked that climate news be added to unrelated stories. (RELATED: Greta Thunberg Warns Vancouver: ‘Change Is Coming — Whether You Like It Or Not’)

Covering Climate Now was described as, “a project aimed at encouraging news organizations, here and abroad, to raise their game when it comes to climate coverage. We weren’t going to tell people what to write or broadcast; we just wanted them to do more coverage, and to do it better,” according to CJR. 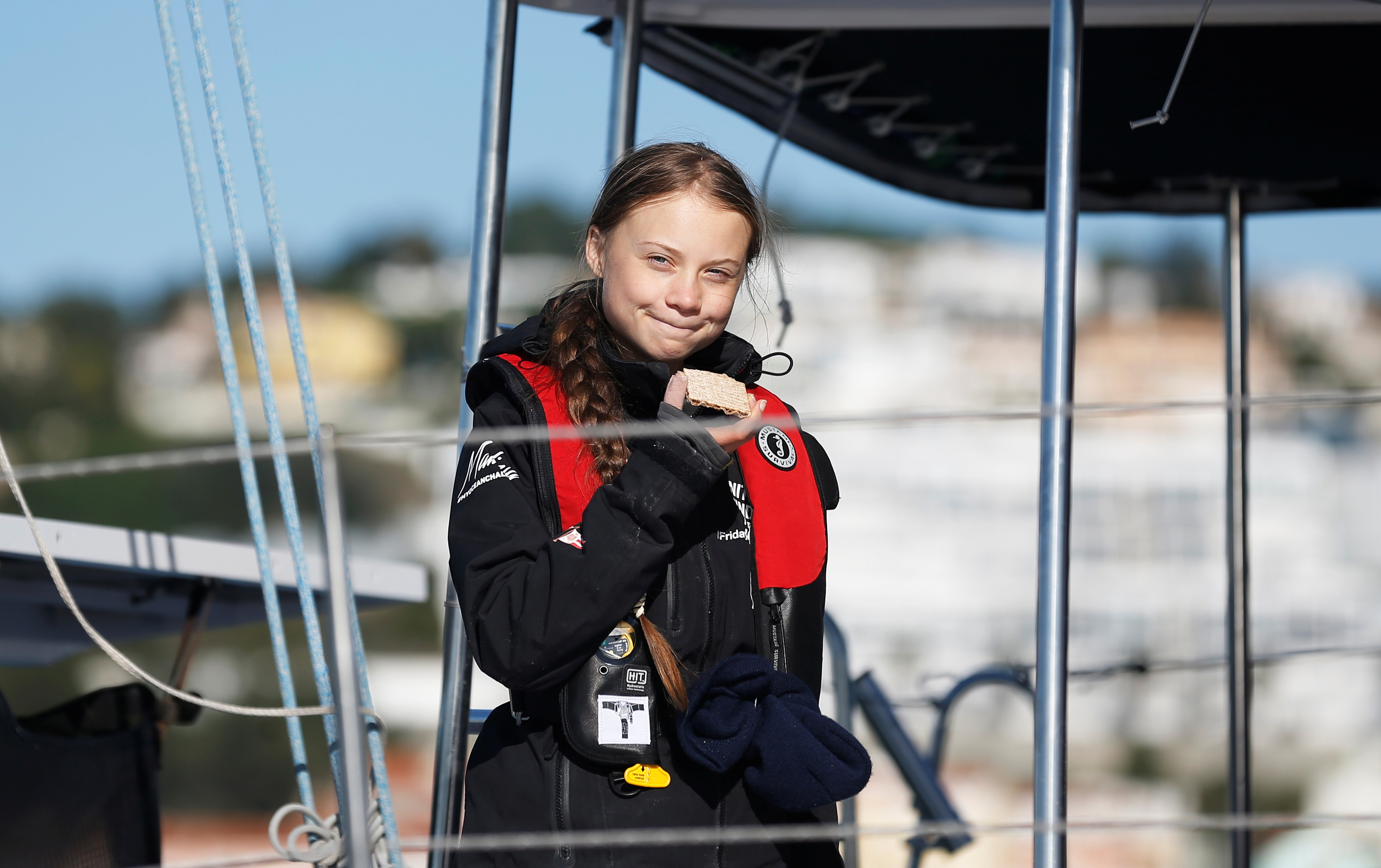 The lack of disclosure was criticized by the Society of Professional Journalists.

“We encourage journalists to be transparent,” Lynn Walsh, former president of the Society of Professional Journalists, told the DCNF. “If they did not include any disclosure there is nothing we can do though. SPJ is not a regulatory body.”

CJR combined activism and journalism in this effort to make the world more aware of climate change.

In their announcement CJR wrote:

This is a chance for big media organizations to lead, and to help others along. The climate story stretches across all journalistic beats; it demands that we dismantle the usual siloes. Covering it well may require a bit of cooperation and collaboration that is antithetical to how we usually work. Take this on as a problem that is bigger than your own newsroom.

CJR’s mission statement says that they aim to be the “intellectual leader in the rapidly changing world of journalism.”

Explaining that the project is “antithetical to how we usually do work” is an understatement, and undermines their claim to be “the most respected voice on press criticism.”

CJR allowed Parker Molloy, a Media Matters For America editor-at-large, to publish a piece discouraging reporters from seeking comment from sources who might be skeptical of biological men competing in women’s sports as “trans women.”

Previous reporting from the the Daily Caller details examples in which Molloy showed explicit disagreement with traditional journalism practices, specifically seeking comment from all sides and perspectives, in this case the parents of girls who had been beaten by transgender girls.

Good Morning America (GMA) did a profile on two biological boys that were dominating women’s high school track in Connecticut, and the profile featured an upset mother that expressed concern over them competing against women. Molloy pointed to comments made by the upset mother that GMA interviewed. 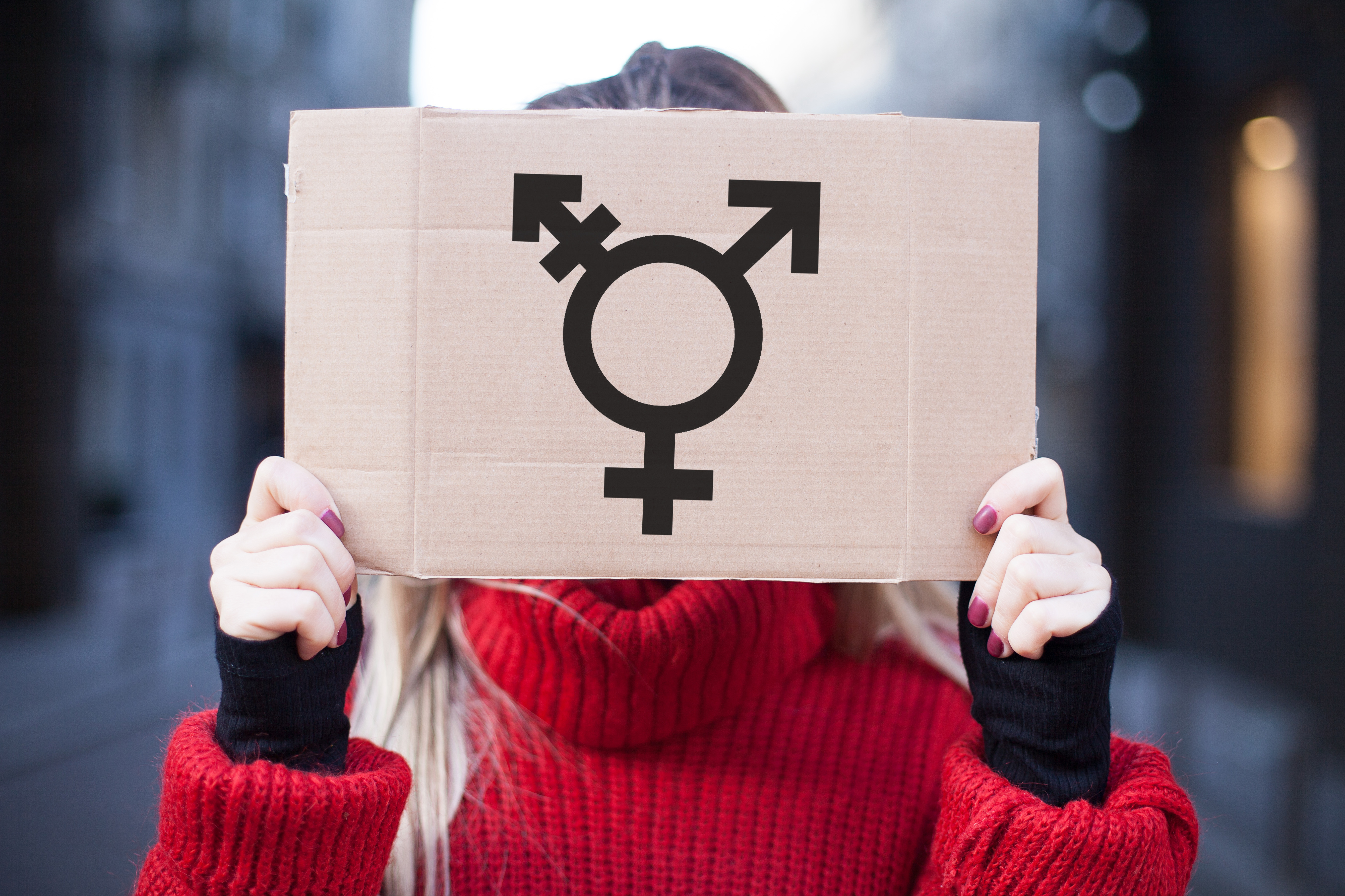 The symbol of the transgender in hands on a cardboard plate, covering (hiding) the face. – Image
(Shutterstock/AndrilZatsrozhnov)

“Good Morning America’s profile of trans runners Terry Miller and Andraya Yearwood featured an upset parent as an authority, even though it was clear that she didn’t have all the facts on the girls’ transition and participation,” Molloy wrote, likely referring to runners’ undergoing procedures to suppress their testosterone levels. (RELATED: Here’s What American’s Think About Transgendered Athletes In Girls Sports)

“Journalists should take into account how their words could be used to reinforce ignorance,” Molloy continues, adding: “And reporters should ask themselves why they’re quoting someone’s opinion about a fact and whether that helps or hinders overall public understanding. By shaping public perception, they also shape policy.”

It is common journalism practice to include all comment from all sides of a debate, in publishing this piece, the CJR, a self-proclaimed media watchdog, discouraged what used to be a pillar of journalistic professionalism. (RELATED: Transgender Athletes Wreak Havoc In Women’s Rugby)

In June 2019, the CJR published an article from Jared Holt, a writer for People for the American Way, a liberal activist organization. In it he claimed to debunk a study conducted by Eoin Lenihan that found a close relationship between several journalists and Antifa. Lenihan published a piece with Quillette with his findings. (RELATED: DC Antifa Leader Charged With ‘Ethnic Intimidation’ Related To Attack On Marines)

Based on emails that were previously obtained by the Daily Caller, Holt left out a lot of pertinent information that Lenihan offered and failed to report the entire truth.

In an email to Holt, Lenihan said that he shared “our scripts, datasets, and snippets of our full study” with other journalists and Quillette. Holt reported that Lenihan “shared ‘snippets’ of his work with journalists to support his claims.” It was unclear in Holt’s article that Lenihan shared his data with Quillette, according to previous Daily Caller reporting.

Lenihan also explained in an email to Holt his career and educational background, which was also not mentioned in the CJR article.

“Alongside my doctorate I have been investigating left and right extremism since 2016. In 2016 I was hired by a left-leaning charity to create a set of curriculum documents for educators that present interventions for those at risk of drifting into online far-right extremism,” Lenihan said. 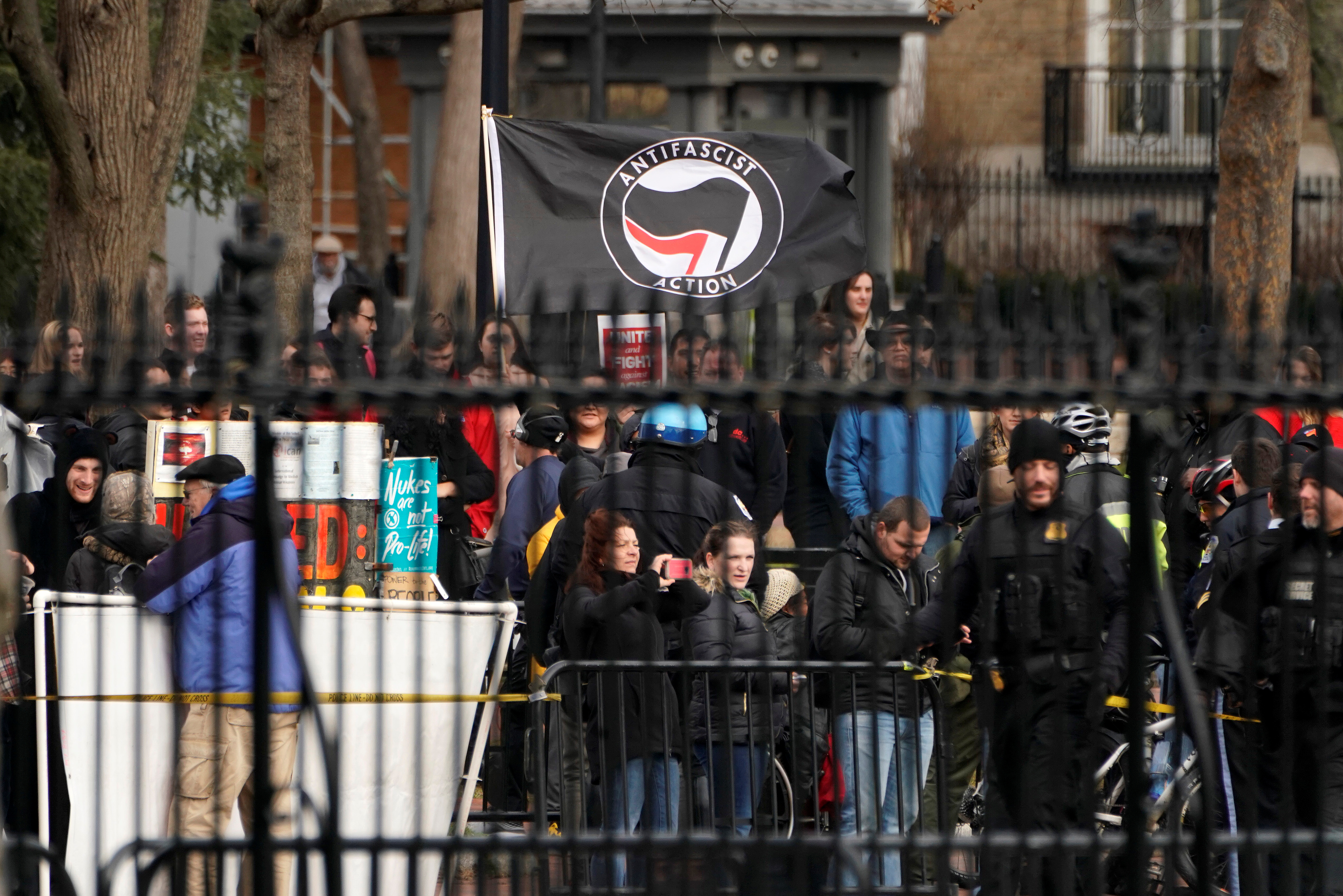 The group Antifacist Action holds a rally outside of the White House in Washington, U.S., January 5, 2019. REUTERS/Joshua Roberts – RC137C4AA390

“At the moment I am involved with a research centre into far right extremism and I am designing a platform for their curriculum documents. I also study the far left. Antifa specifically. I have been interested in them since 2018 when I spoke on the topic at the Konrad Adenauer Stiftung in Berlin.”

In the email exchange between Hold and Lenihan, Holt said “I’ll include your responses in our article,” after Lenihan described his career, but never included this response in his article. (RELATED: Revealed: Antifa Leader Relied On Anonymity To Push Radical, Violent Communist Agenda)

CJR, in its attempt to shape “the ideas that make media leaders and journalists smarter about their work,” is encouraging a kind of one-sided journalism that abandons traditional journalistic practices in favor of narratives massaged by liberal activists. In each of these cases, the CJR has been working directly with liberal activist groups. The only question is, how long can they still claim to be a neutral professional watchdog?

1
Mitt Romney Booed At CPAC
US
2
House Democrats Block Resolution Condemning Bernie Sanders's Praise Of Fidel Castro
Politics
3
How Trump Could Hand The 'America First' Agenda To Bernie Sanders
American Renewal
4
Why Have The American People Decided To Throw Out Their Political Leaders And Start Over?
Politics
5
EXCLUSIVE: How Fake iPhones And China Trade Deal Could Help Trump Drop The Hammer On Amazon
Politics