Morris “Moishe” Starkman, 60, allegedly distributed the doses from his clinic, Bordentown Family Practice, with his average patient receiving anywhere from 4 to 10 times the maximum dosage recommended by the Center for Disease Control and Prevention, according to the Philadelphia Inquirer.

“He was one of the top prescribers in New Jersey,” Burlington County prosecutor Scott Coffina told the Inquirer. “The number of opioids he prescribed for the three-year period reviewed during the investigation was enough to provide in excess of three doses to every man, woman, and child residing in Burlington County.” 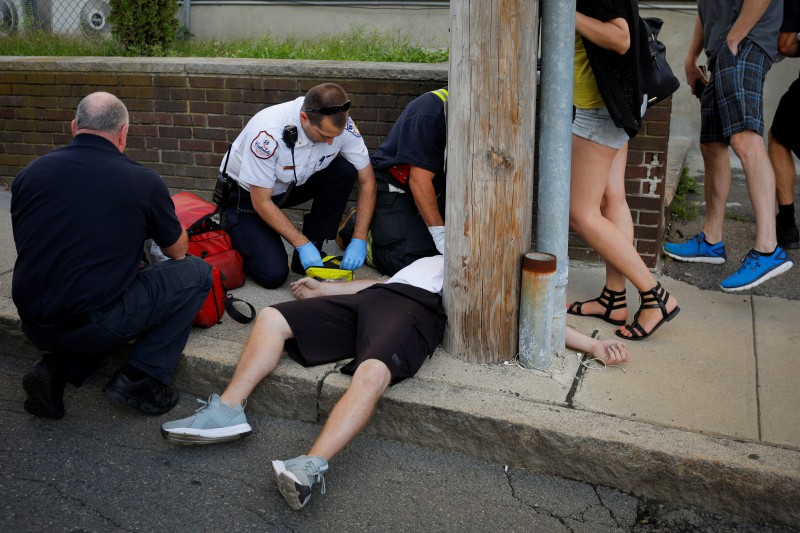 Cataldo Ambulance medics and other first responders revive a 32-year-old man who was found unresponsive and not breathing after an opioid overdose on a sidewalk. (REUTERS/Brian Snyder)

According to the prosecutor’s office, one patient received 17,460 doses over the three-year period which equates to over 15 doses per day. Eight others received roughly 11 doses per day. (RELATED: Mass Overdose Shows Dangerous Fentanyl Is Spreading Across The Country)

Starkman performed “cursory examinations on patients before prescribing large amounts of opioids without medical justification,” according to the Inquirer, and “maintained inadequate records on his patients, which failed to document treatment plans for pain management or opioid use.”

Authorities have widely blamed drug distributors incentivizing doctors to over-prescribe opioids as the main cause of America’s opioid epidemic, an issue that has demanded the attention of both Congress and President Donald Trump.