The FBI temporarily ended a relationship with an informant, Stefan Halper, in 2011 because of his “aggressiveness” toward an FBI agent, and over “questionable allegiance” to a target of FBI intelligence probes, according to a Justice Department watchdog report released Monday.

The FBI would resume its relationship with Halper, whose work as an FBI confidential human source began in December 2008. The bureau tapped the former Cambridge professor in 2016 to meet covertly with three Trump campaign advisers: Carter Page, Sam Clovis and George Papadopoulos.

The Justice Department inspector general detailed Halper’s contacts with the three Trump aides, as well as the informant’s preparations with his FBI handlers in August 2016. (RELATED: EXCLUSIVE: A London Meeting Before The Election Aroused George Papadopoulos’s Suspicions)

The bureau’s past issues with Halper were a revelation in the Justice Department inspector general’s report, which detailed systematic failures in the FBI’s investigation of Carter Page.

Halper’s FBI handler, whom the report identifies as Case Agent 1, told the IG that Halper and the previous handler were “not the right match.” Case Agent 1 said he took over as Halper’s FBI contact two months after the falling-out with the initial handler. The agent said he warned Halper after reengaging that he had one “last opportunity” to maintain a relationship with the FBI.

“According to Case Agent 1, since that time Case Agent 1 has not experienced any aggressiveness, and has not seen any indication that [Halper] has questionable allegiances to intelligence targets,” the report stated.

Case Agent 1 also said Halper was willing to help the FBI “without any hesitation,” and that he has never had reason to doubt the veracity of Halper’s reporting.

Halper is not accused in the report of any missteps. But the report does fault FBI agents, including Case Agent 1, for failing to disclose potentially exculpatory statements that Page and Papadopoulos made to Halper in applications for surveillance warrants against Page.

Case Agent 1 is criticized in the report for failing to inform FBI and Justice Department attorneys that Papadopoulos denied during a Sept. 15, 2016, meeting with Halper that the Trump campaign was working with Russia. The agent also failed to disclose that Page told Halper during an Aug. 20, 2016, meeting that had “literally never met” Paul Manafort, who then served as the Trump campaign’s chairman.

The statement was significant because it undercut an allegation that the FBI would cite from the Steele dossier that Page was working under Manafort’s direction to maintain a back channel to the Kremlin.

Case Agent 1 told the inspector general that he “may have overlooked” that information.

According to the report, Halper covertly recorded Page during meetings Aug. 20, 2016, Oct. 17, 2016, Dec. 15, 2016, and Jan. 25, 2017. He met with Clovis on Sept. 1, 2016, and reached out to Papadopoulos through email the following day. Halper and Papadopoulos met later that month in London, where the FBI informant secretly recorded his conversations with the young Trump aide. 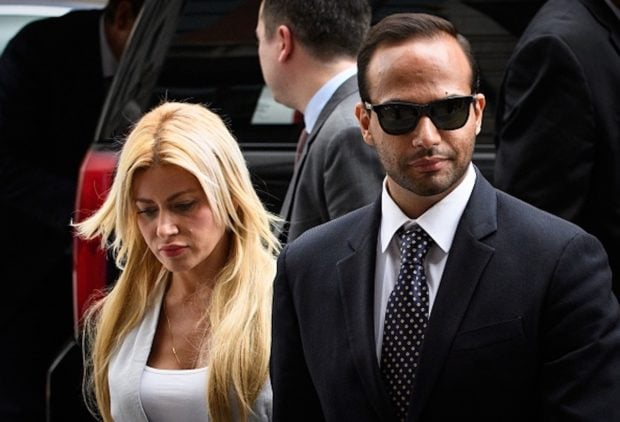 FBI case agents met with Halper from Aug. 11 to 12, 2016, to discuss potential meetings with Trump campaign targets. The investigators tasked Halper trying to find out if Page and Papadopoulos were aiding Russia’s hacks of Democrats’ emails.

The agents wanted to “recreate the conditions” in which Papadopoulos told an Australian diplomat during a May 10, 2016, meeting that he had heard that Russia might release information that could help the Trump campaign.

Halper’s FBI handler said that one theory was to lure Papadopoulos overseas, so that he might “feel a little freer to talk outside the confines of the United States and … repeat that conversation” he had with the Australian diplomat, who has been identified as Alexander Downer.

The report also addressed Halper’s interactions with Page in early July 2016, before the FBI launched Crossfire Hurricane, its counterintelligence investigation of the Trump campaign.

The pair met July 10, 2016, at a symposium held at the University of Cambridge. The timing of the encounter raised questions about whether the FBI was using informants against the Trump team earlier than previously known. But the IG report disputes the theory, saying Halper’s FBI handlers said the Page meeting was “serendipitous.”

Case Agent 1 told the IG that the FBI “kind of stumbled upon” Halper having prior contacts with several Trump campaign advisers. Halper, who has worked in multiple Republican administrations, has known former Trump campaign chairman Paul Manafort for decades. And in 2014, Halper hosted Michael Flynn at an event held at Cambridge.