When I moved from the mountains of Virginia to Boston in 1977, it was just like the Beverly Hillbillies going to California except I didn’t have $80 million. I had dropped out of college and decided Boston was the place to pursue literary fame and fortune. I had sold one piece a few months earlier and naively presumed I could speedily sell enough articles to survive in the big city.

No such luck. I struck out everywhere I submitted and was soon  slicing the gravy extra thin. I took refuge in what is now almost a relic from a bygone era — the Help Wanted section of the Boston Globe.

Two days later, I reported for a Santa Claus training session run by Western Temporary Services. A motley crew showed up for that gig, including two guys who caterwauled about being summoned at such an ungodly hour. I was puzzled by their moaning since it was noon. The primary qualification for the job was not dropping a flask on the floor during the 28 minute training session. (RELATED: Longtime Mall Santa ‘Replaced’ After Wearing Hat Supporting Trump)

After a long subway ride and bus trip to a Filene’s department store in the south suburbs, I met the Boss Lady from Hell. Her forehead was a Mississippi Delta of throbbing veins and her eyes bulged as if she’d mainlined caffeine every day since Nixon resigned. She looked me over, grimaced, snorted, and growled: “I hope you’re not like those Santas that damn temp agency sent me last year.” 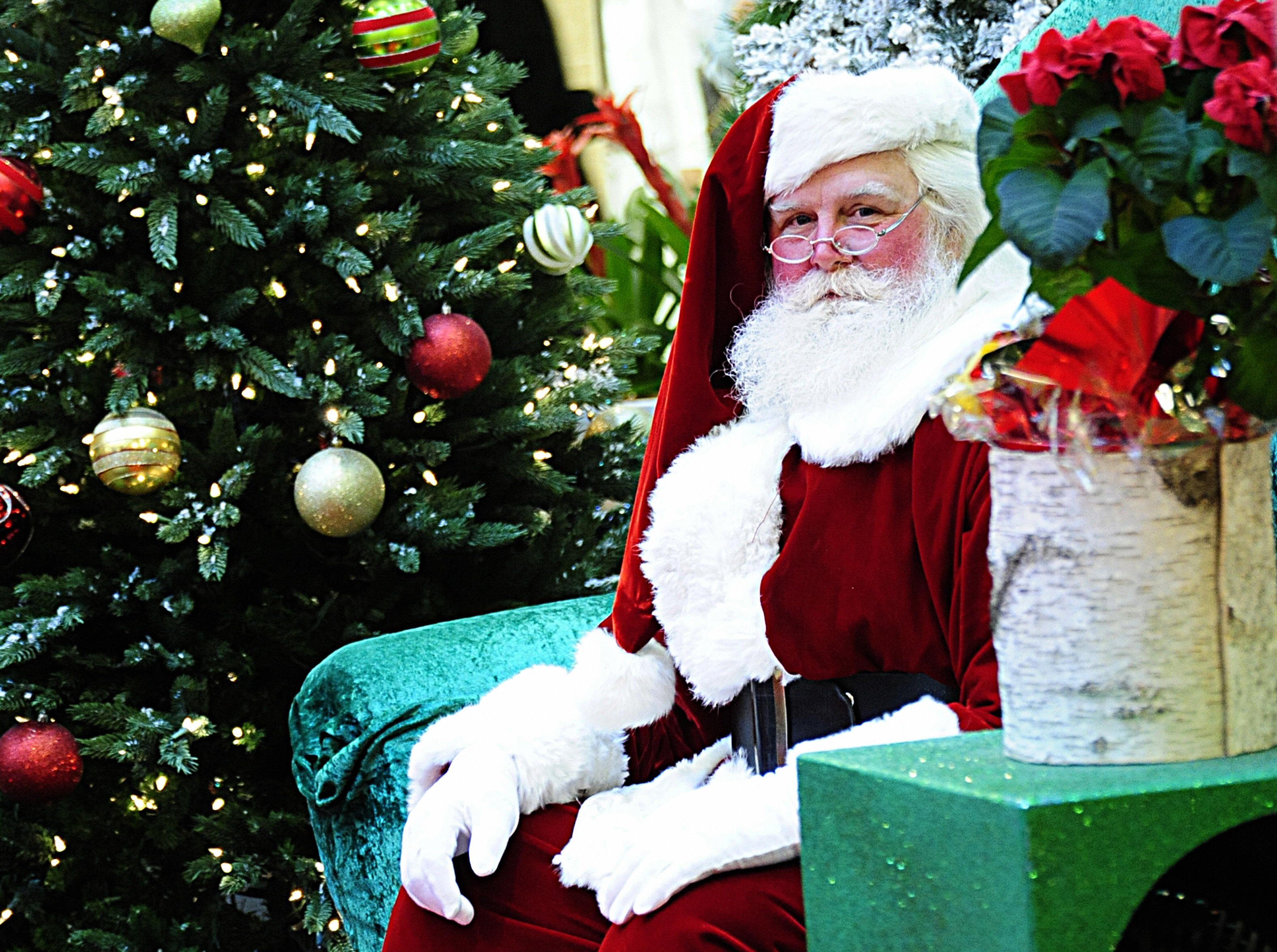 “The first one was a wino who drooled on kids while slurring the names of his reindeer. The second pranced around like Peter Pan. The third was the worst — he seemed perfectly normal till he dropped trousers with a hundred kids watching.”

I made a note to double check the belt on the Santa outfit.

Boss Lady was only in her mid-40s but she was crotchety beyond her years. She greeted me everyday with the traditional Boston “Howahya?….. LISTEN!!!! I thought I told you to shave that red beard. Stop eating so many potato chips. Now, get out there and look jolly gawddammit.” Her management motto was, “spare the cussing, spoil the underling.”

I worked as a restaurant Santa, circling the dining room and talking to kiddies as they munched their two-star cuisine. As a walk-around Santa, physical contact with the kids rarely extended beyond a pat on the head. That was also an excellent recipe for keeping the Santa outfit dry.

Visiting Santa was a highlight of the holiday season for lots of  kids, many of whom engaged in screaming contests to draw me to their tables. But that exuberance wasn’t universal. I walked up to one agitated four-year old, blond-haired girl clutching her chair’s arms rests like a life raft. I asked what she wanted for Christmas. She gritted her teeth and replied: “I want you to leave.” (RELATED: Philadelphians Are Angry Their Tattooed Mall Santa Has To Tone It Down)

I never aspired to fit the cookie cutter mold of Santa. My laugh has always been rambunctious and it became rowdier when I occasionally slammed down a beer before clocking in as Claus. One petrified seven-year-old boy who was clinging to his mother’s skirt sputtered at me: “Santa, you have a weird laugh.” My Cheshire Cat grin failed to tamp down his fears. That same boisterous laugh got me evicted from the press box of the Supreme Court almost 20 years later. 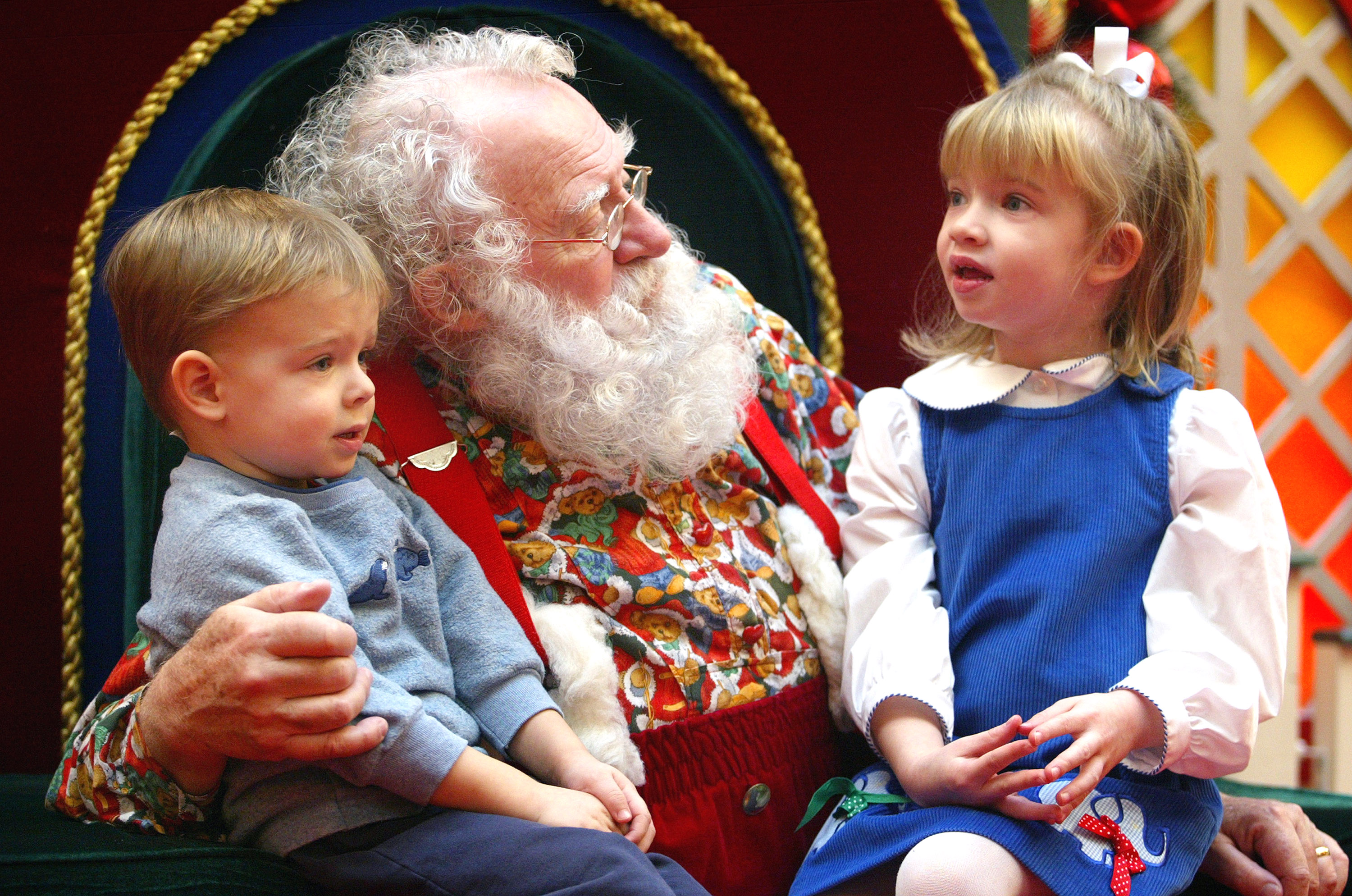 There were a few youngsters each night who savored the chance to expose me as a fraud. After a few minutes’ interrogation, such kids usually beamed after proving that I could not possibly exist. I would shrug and say, “Well, if I’m not Santa Claus, I guess I can’t bring you any presents.” The secular version of Pascal’s famous wager  quickly hushed most hecklers. And for those who refused to recant, I gave ‘em a wink and mosied merrily on my way.

As I traipsed around the restaurant one night, a four-year-old, curly-haired Shirley Temple lookalike was yelping up a storm. When I stopped at her table, she went mum as a Greek statue. The more I implored her to speak, the tighter she pursed her lips and stared at me unblinking.

So I asked her standard-issue suburban Mom — middlin’ height, middlin’ physique, dishwater brown hair — what she wanted for Christmas.

“Nah — you don’t want to hear what I want,” she said sheepishly.

“For Christmas, I want to be laid twice.”

“That shouldn’t be difficult in Boston,” I shrugged and moved on to the next challenge. I hustled away before she offered to show me her tattoos. (RELATED: Here’s How Santa Claus Came To Be)

Near closing time the following evening, I sauntered up to a large table with five kids and their genial mother. The children were well-dressed, enjoying a dinner out after putting up Christmas decorations at their church. Three of the kids were still “believers.” I got their wish lists while their older siblings behaved immaculately, not snickering once. The mother — tall, lithe, late 30ish, wearing a long green skirt — leaned back contentedly puffing Virginia Slims. After her flock finished their recitals, and with five young faces peering on, she asked laconically, “What time do you get off work, Santa Claus?”

It wasn’t me, it was the uniform. The alternative explanation is downright unflattering: that women found me more attractive when the only part of me that was uncovered was the swath that the Lone Ranger hid. 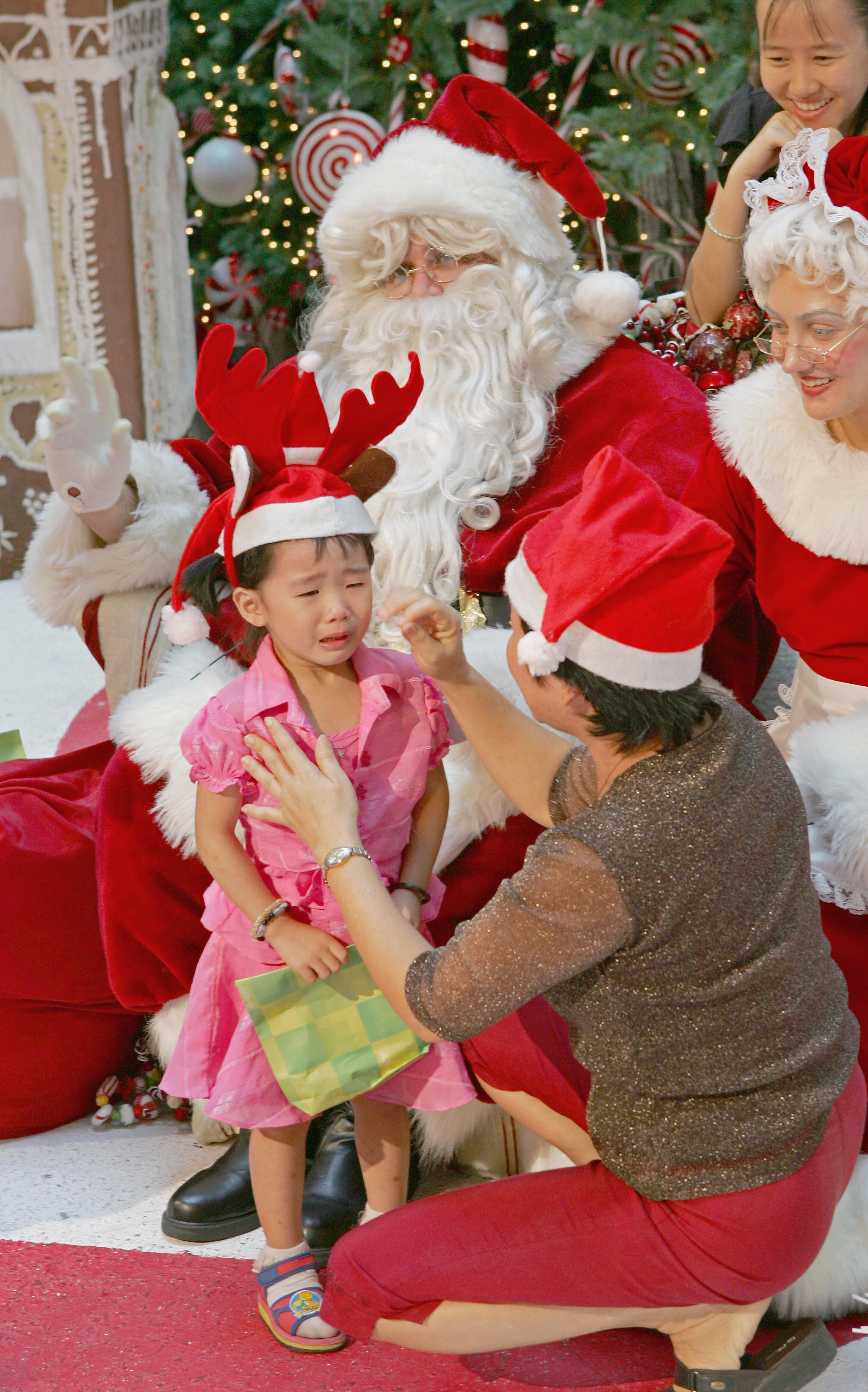 Towards the end of my final night on the job, the assistant manager summoned me to follow her to a nook in the restaurant far from the prevailing hubbub. As I readied the jollity, Boss Lady Jr. tapped me on the shoulder: “The little girl is blind.”

There sat two of the most tranquil people I had seen the entire holiday season. The mother was resting her left hand lightly on the shoulder of a little brown-haired girl. When her mom announced, “And here comes Santa Claus,” a gentle smile bloomed across that six-year-old’s face.

I encouraged the daughter to touch the fake Santa beard. Unlike some kids, she did not attempt to yank it off as if she was capturing the enemy’s flag. I have forgotten what she requested for Christmas but it wasn’t a pony or an Au Pair or anything else that would send her parents to bankruptcy court. (RELATED: WaPo Turns Sitting On Santa’s Lap Into A #MeToo Moment)

Speaking softly, I described some of the Christmas decorations in the restaurant. She beamed so I rattled on about the meaning of Christmas. I had seen a lot of warmth between parents and children that season, but the bond between this mother and daughter was more precious than any other. There was such a radiance from her mother’s love, I knew that girl would have a wonderful Christmas.

Visiting with those two rejuvenated my holiday spirit in a way that a bowl of spiked eggnog never could. Many years down the road, when the Christmas season sometimes seems bleak, thinking back on that mother and daughter puts a sparkle back in my eyes. And I count my blessings that I no longer have to don a garish suit and false whiskers to pocket $3.50 an hour frightening children with my laugh.