There have been at least eight reported incidents of anti-Semitic violence in New York this month, with the latest coming Saturday when five people were stabbed at a rabbi’s home during a Hanukkah celebration. (RELATED: Bill De Blasio Claims Anti-Semitic Is Just A ‘Right-Wing Movement’)

“I also want us to be clear what’s happening here,” de Blasio said Sunday. “An atmosphere of hate has been developing in this country over the last few years. A lot of it is emanating from Washington, and it’s having an effect on all of us.”

Democratic California Rep. Eric Swalwell re-upped a column he wrote for the left-wing website “The Forward,” earlier this month saying that Trump and other conservative figures need to be held accountable for anti-Semtism in America. (RELATED: Anti-Israel Boycott Movement Exposes Schism Within The Squad, And The Democratic Party)

“Anti-Semitism is on the rise in America. And it’s being stoked by [Trump] who won’t condemn it and Trump’s lawyer, [Rudy Giuliani] who just this week said he’s ‘more Jewish than Soros,'” Swalwell tweeted Saturday.

Democratic Minnesota Rep. Rashida Tlaib also blamed the president for the attacks, criticizing his leadership. Tlaib is a supporter of the movement to Boycott, Divest, and Sanction (BDS) the Jewish state of Israel. 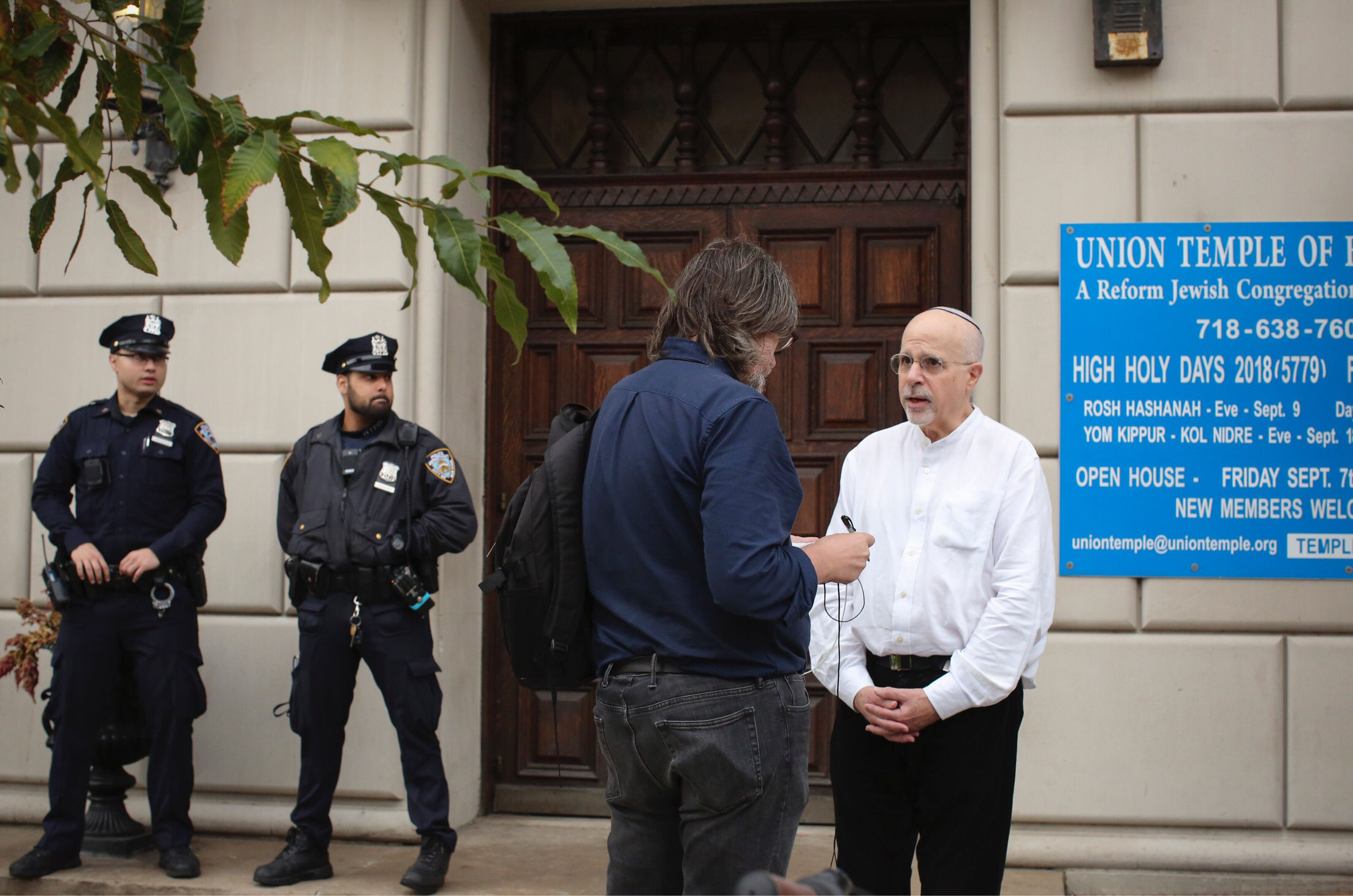 Rabbi Mark Sameth speaks with members of the Media as NYPD officers stand guard at the door of the Union Temple of Brooklyn on November 2, 2018 in New York City. – New York police were investigating anti-Semitic graffiti found inside a Brooklyn synagogue that forced the cancellation of a political event less than a week after the worst anti-Semitic attack in modern US history. (Photo: KENA BETANCUR/AFP via Getty Images)

“And folks still don’t see the connection with his words and how it ignites violence,” Tlaib tweeted Sunday. “He fuels people’s anger & misguided hate. Instead of leading with compassion, he simply gaslights and laughs about it.” 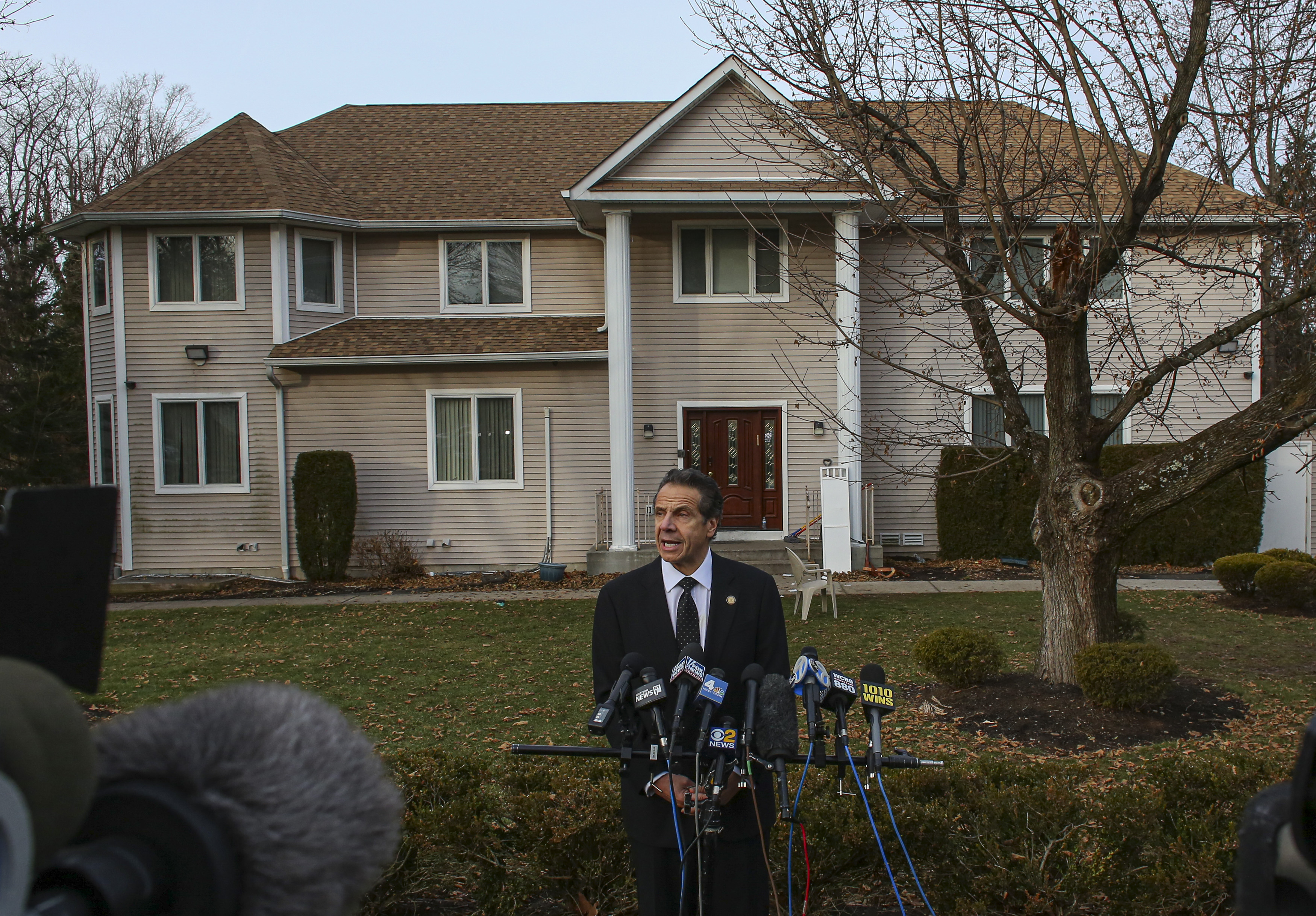 New York Governor Andrew Cuomo speaks to the media outside the home of rabbi Chaim Rottenbergin Monsey, in New York on December 29, 2019 after a machete attack that took place earlier outside the rabbi’s home during the Jewish festival of Hanukkah in Monsey, New York. – An intruder stabbed and wounded five people at a rabbi’s house in New York during a gathering to celebrate the Jewish festival of Hanukkah late on December 28, 2019, officials and media reports said. (Photo by KENA BETANCUR/AFP via Getty Images)

“So sad but predictable. His conduct has made unacceptable conduct acceptable. It will take decades to cure,” Cohen tweeted Sunday. 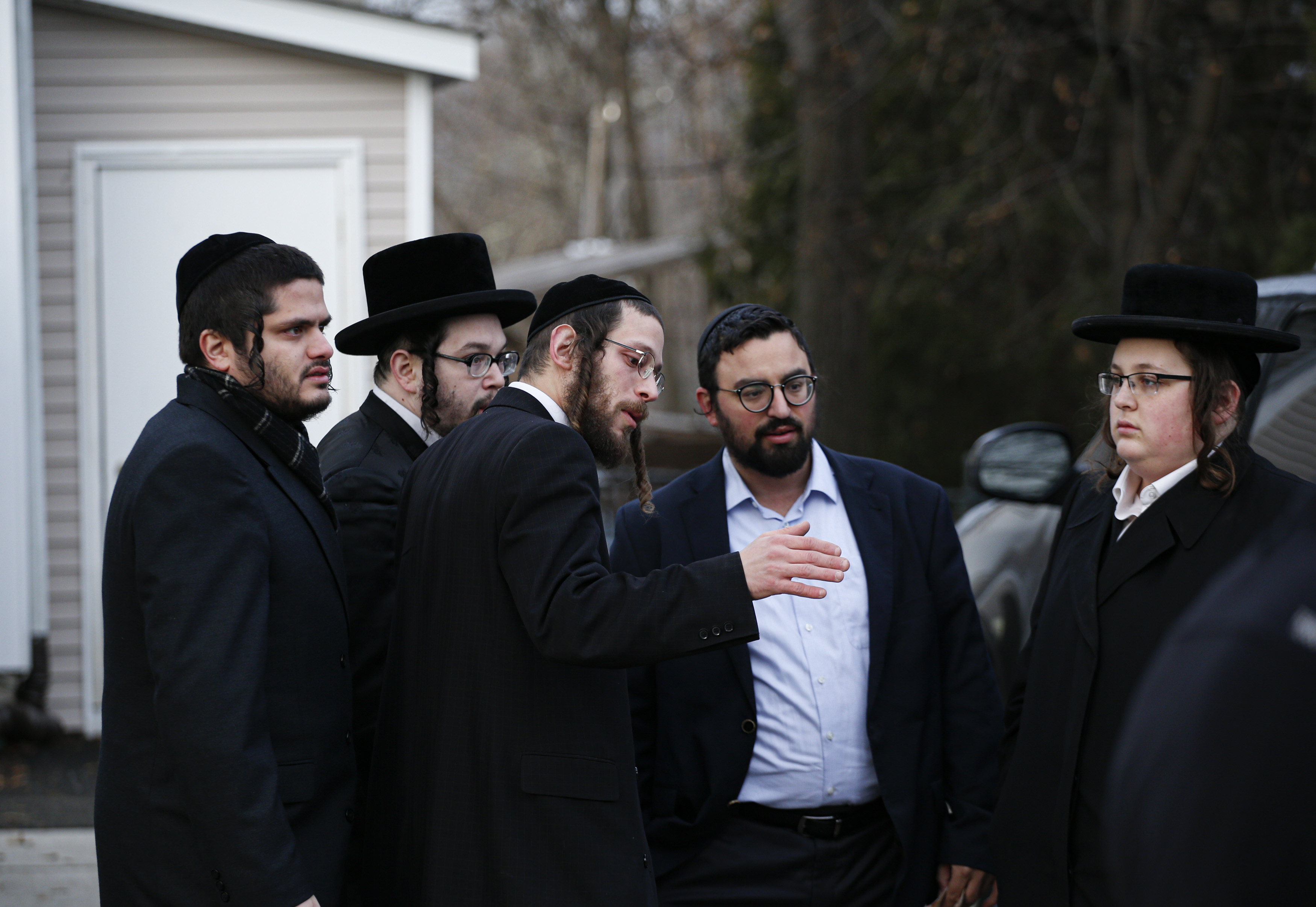 Members of the Jewish community gather outside the home of rabbi Chaim Rottenbergin Monsey, in New York on December 29, 2019 after a machete attack that took place earlier outside the rabbi’s home during the Jewish festival of Hanukkah in Monsey, New York. (Photo by KENA BETANCUR/AFP via Getty Images)

The president has condemned the attack, and urged Americans to come together to fight anti-Semitism.

The anti-Semitic attack in Monsey, New York, on the 7th night of Hanukkah last night is horrific. We must all come together to fight, confront, and eradicate the evil scourge of anti-Semitism. Melania and I wish the victims a quick and full recovery.

“We must all come together to fight, confront, and eradicate the evil scourge of anti-Semitism,” Trump tweeted Sunday.