The show was discussing 2020 candidates’ fourth quarter fundraising and put up a list of various candidates with their names, pictures and the amount of money each raised. (RELATED: #BoycottMSNBC Trends On Twitter After Yang Demands Apology From Network For Apparent Media Blackout)

“The screenshot below was from Squawk Box this morning around 6:50 am when we mistakenly ran the wrong images,” Dauble said in an email, including a link to the later program where the images were correct.

Founding Partner of Redpoint Ventures Geoff Yang tweeted, saying that the image was of him. Geoff Yang added that he is “NOT running for President.” 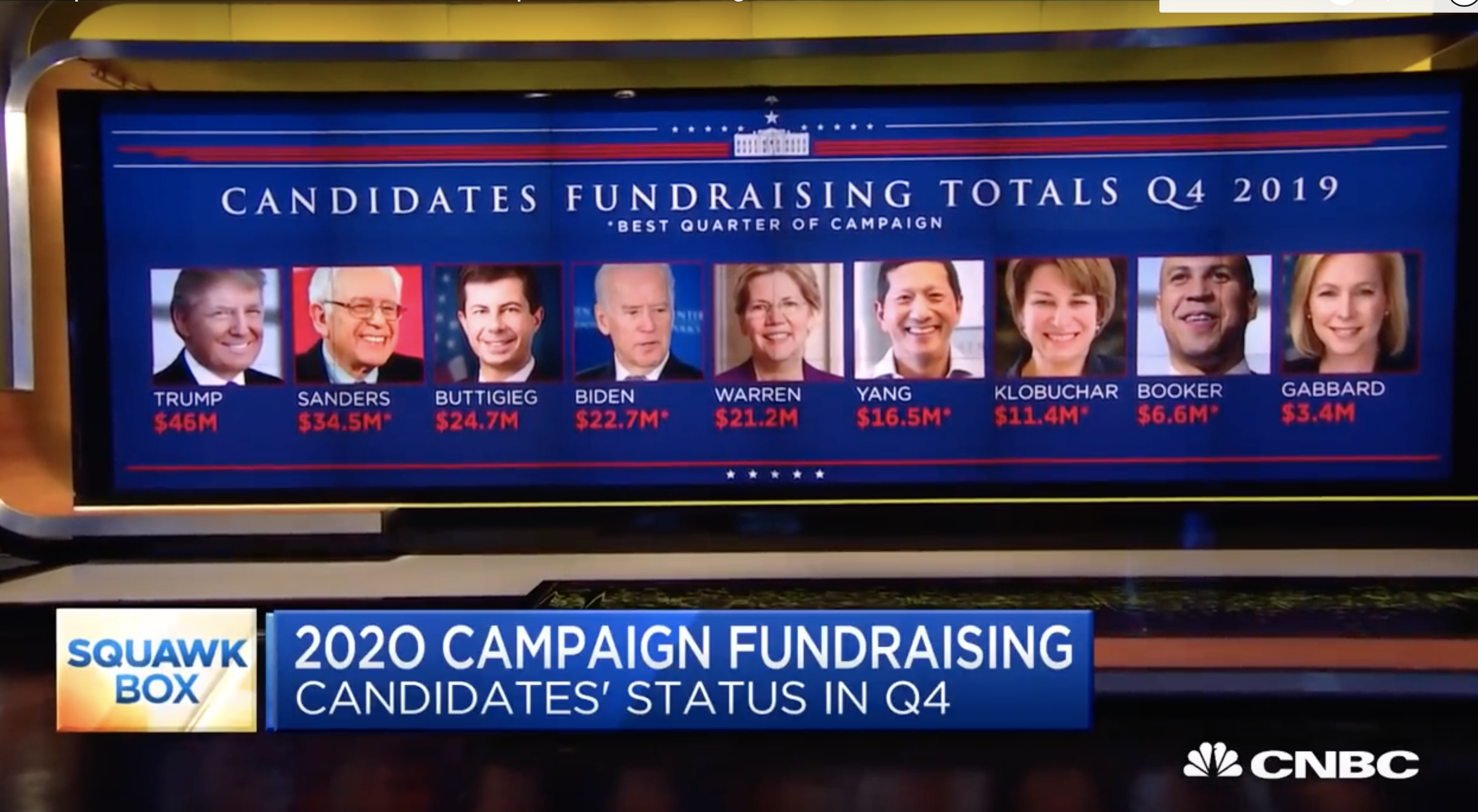 The video was put onto “private” mode by CNBC Television’s YouTube page shortly after the clip aired.

Both Yang and Gabbard have criticized the media throughout their campaigns, with Yang specifically having a problem with MSNBC.

Yang announced in November that he was boycotting MSNBC because of an apparent media blackout against his campaign. He ended his boycott of the network in December.

Gabbard blasted CNN and The New York Times during the October debate for suggesting she is a Russian asset and apologist for Assad. She called the comments “completely despicable.” CNN and the NYT were co-hosting the debate. Yang has stood up for Gabbard at one point during the campaign, saying “she deserves more respect.”