Former Ukrainian President Petro Poroshenko, a key figure in the Biden-Ukraine saga and a leader who enjoyed considerable support from the United States, is facing growing legal problems at home.

Poroshenko is currently under investigation for a wide range of criminal charges, including state treason, tax evasion, abuse of office, usurpation of power, and legalization of illegal incomes.

Late last month, Ukrainian law enforcement searched the headquarters of Poroshenko’s European Solidarity party and a gym in Kyiv owned by the former president. Moreover, the Ukrainian State Bureau of Investigations announced that it intended to interview Poroshenko four times this month about the charges against him. (RELATED: Winner Announced In Ukrainian Presidential Election)

On December 18, Ukrainian newspaper The Kyiv Post published documents showing that “during Poroshenko’s 2014-2019 term in office, his allies regularly paid media outlets for favorable coverage and directed smear campaigns against his own critics on social networks.” 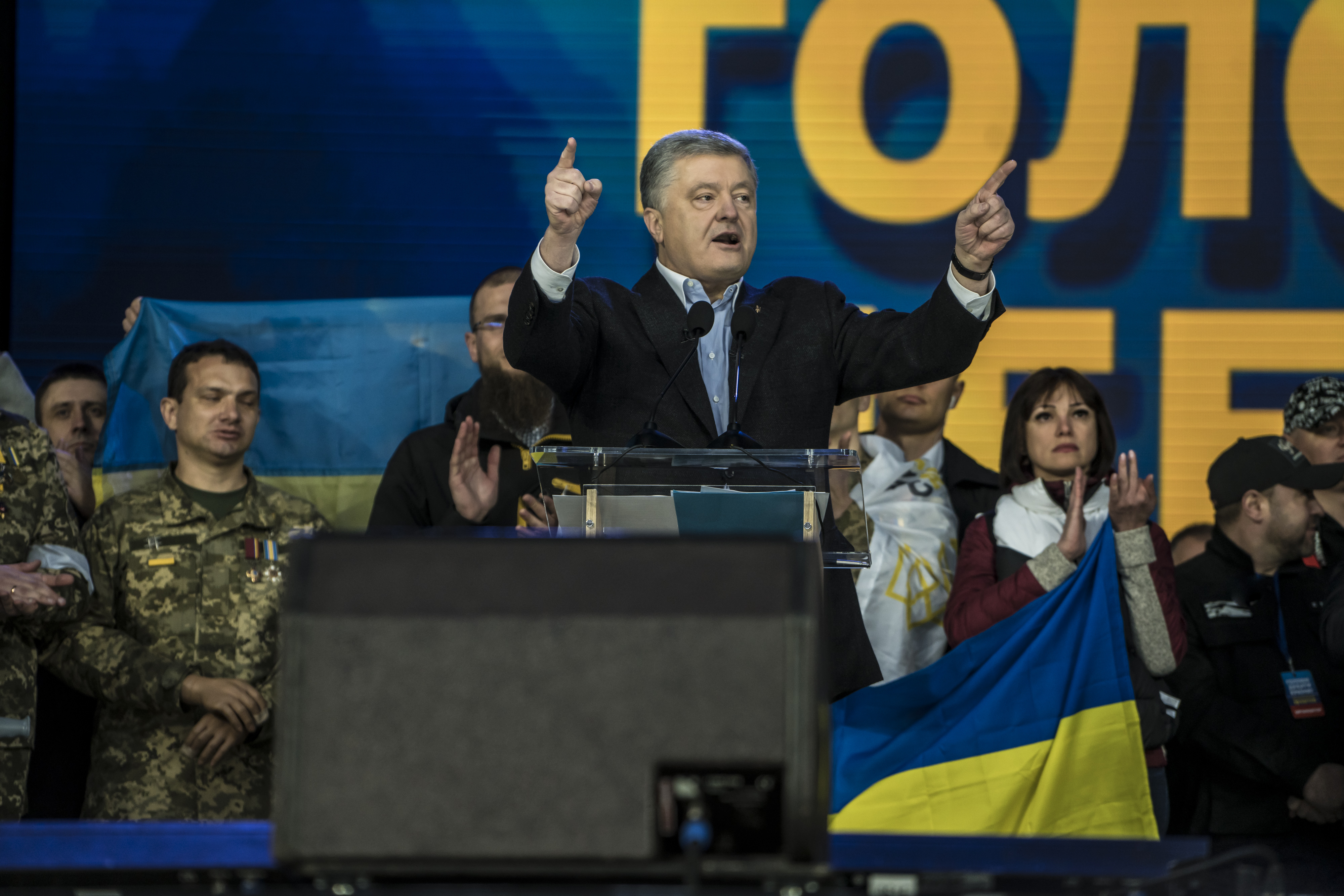 KIEV, UKRAINE – APRIL 19: Ukrainian President Petro O. Poroshenko participates in a debate with his electoral opponent Volodymyr Zelenskiy (not pictured) at Olympiskiy Stadium on April 19, 2019 in Kiev, Ukraine. Recent polls have indicated that Zelenskiy is likely to win Sunday’s runoff election by a large margin. (Photo by Brendan Hoffman/Getty Images)

The former Ukrainian president has dismissed the accusations against him as being politically motivated.

Investigators have also targeted several members of Poroshenko’s inner circle. On October 17, Ukrainian authorities detained Oleh Hladkovsky, a former senior defense official and a close Poroshenko ally, as he unsuccessfully attempted to leave the country. Hladkovsky is under investigation over reports that his son Ihor used his father’s position to illegally smuggle spare parts from Russia and sell them to Ukrainian arms manufacturers at an inflated price.

Poroshenko, who lost to comedian-turned-politician Volodymyr Zelensky in a landslide defeat in last April’s Ukrainian presidential election, came to power in 2014 after a pro-Western political revolution shook the country. The former confectionary oligarch promised to break Ukraine out of Russia’s orbit and instead align it with the United States and Europe. (RELATED: Ukrainian President Fears A ‘Full-Scale Russian Invasion’)

During his five years in office, Poroshenko received substantial military and economic aid from Washington. The United States has provided Ukraine with $1.5 billion in military aid and $320 million annually in economic aid since 2014. Between 2014 and 2016, the United States also granted three $1 billion loan guarantees to Ukraine.

Although Poroshenko assured Western governments and financial institutions that he was committed to rooting out corruption in his country, Ukranian civil society groups accused their president of putting the interests of his fellow oligarchs first. Poroshenko raised eyebrows when he appointed several of his former business partners to high ranking government positions. Activists also raised alarm when Poroshenko packed the Ukrainian Supreme Court with judges tainted by corrupt backgrounds. 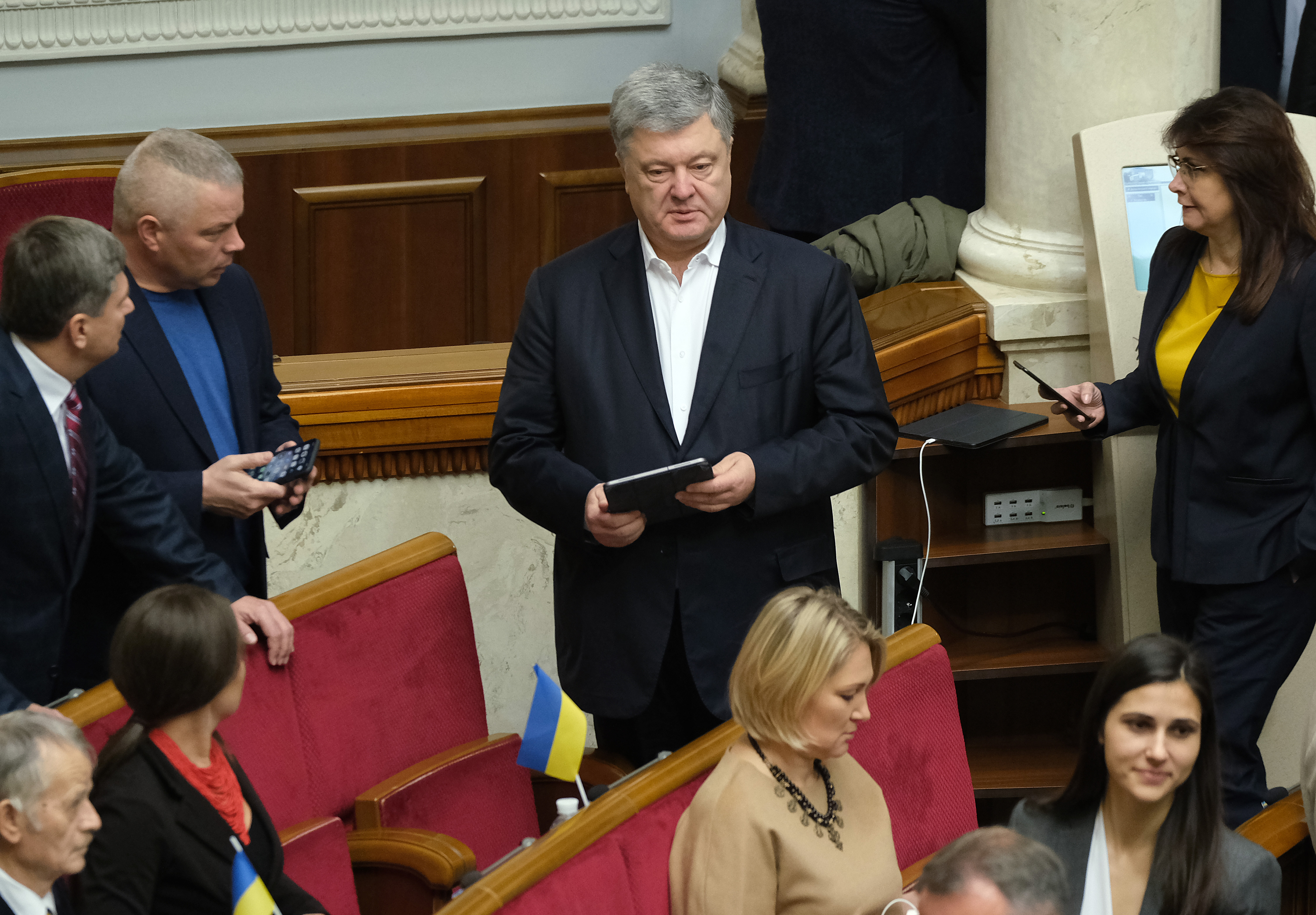 KIEV, UKRAINE – OCTOBER 02: Former Ukrainian President Petro Poroshenko (C) attends a session of the Verchovna Rada, the Ukrainian Parliament, on October 02, 2019 in Kiev, Ukraine. Ukraine has found itself at the core of a political storm in U.S. politics since the release of a whistleblower’s complaint suggesting U.S. President Donald Trump, at the expense of U.S. foreign policy, pressured Ukraine to investigate Trump’s rival, Joe Biden, and Biden’s son, Hunter. While the story is dominating U.S. news and political discourse in the United States, in Ukraine it is receiving limited attention, with lawmakers and the public more focused on domestic issues, including a possible peace deal with Russia and separatists in the war-torn Donbas region. (Photo by Sean Gallup/Getty Images)

Poroshenko had a particularly close relationship with former Vice President Joe Biden, who served as the Obama administration’s pointman on Ukraine. The two leaders regularly met and exchanged phone calls. During his final visit to the Ukraine in January 2017, Biden joked that he might continue to call Poroshenko even after leaving office just to hear the sound of the Ukrainian president’s voice.

The Poroshenko administration regarded Biden as its main champion in Washington. As one Foreign Policy article from 2016 noted, “Ukraine’s government has relied heavily on its direct channel to the U.S. vice president, and Biden’s departure will leave a gaping hole.” (RELATED: Ukraine Proves The End Of History Is Still A Long Way Away)

Several years later, Poroshenko finds himself at the center of a controversy that has engulfed Washington. At a January 2018 event at the Council on Foreign Relations, Biden revealed that he had pushed Poroshenko to fire then-Ukrainian Prosecutor General Viktor Shokhin by threatening to withhold a $1 billion U.S. loan.

Critics accuse Biden of trying to disrupt an investigation into Burisma Holdings, a Ukrainian gas company that employed his son Hunter and was at the time under investigation by the Ukrainian authorities.

The former Vice President and his team fervently deny that his request for Shokin’s firing was related to the probe into Burisma. But Poroshenko has declined to confirm that Shokhin’s firing had nothing to do with the Burisma investigation.