Thirty miles west of Cleveland along the Lake Erie shoreline sits a town named Lorain, Ohio. Famous for being the birthplace of Toni Morrison, Lorain was once a bustling steel town that drew people from all over the country for manufacturing work. Even the high school football team was named “The Steelmen.” But today, like many Rust Belt towns, Lorain shows signs of decay: ramshackle houses, vacant buildings covered in graffiti, and abandoned plants and factories — lots of them.

Thanks to the exodus of manufacturing jobs in the United States under NAFTA, Lorain was struggling long before the economic crisis of 2008. In 2000, the per capita income in Lorain was about $16,000; 17% of all residents lived below the poverty line.

But after Trump announced a 25% tariff on steel and a 10% tariff on aluminum beginning in March 2018, the people of Lorain got a bit of good news. Republic Steel, whose Lorain mill had gone idle in 2016, announced it was coming back to the city, promising to create 1,000 jobs. Production is slated to begin this spring.

“Republic is prepared to respond quickly to an anticipated uptick in demand across the nation,” Ted Thielens, a representative for Republic Steel, said in his announcement. “This could result in Republic bringing back 1,000 or more jobs to its Lorain, Ohio, facility. Republic anticipates that it would take a few months to hire and train employees and restart its idled equipment.” (RELATED: A New Coal Mine Is Opening To Fuel The US Steel Industry) 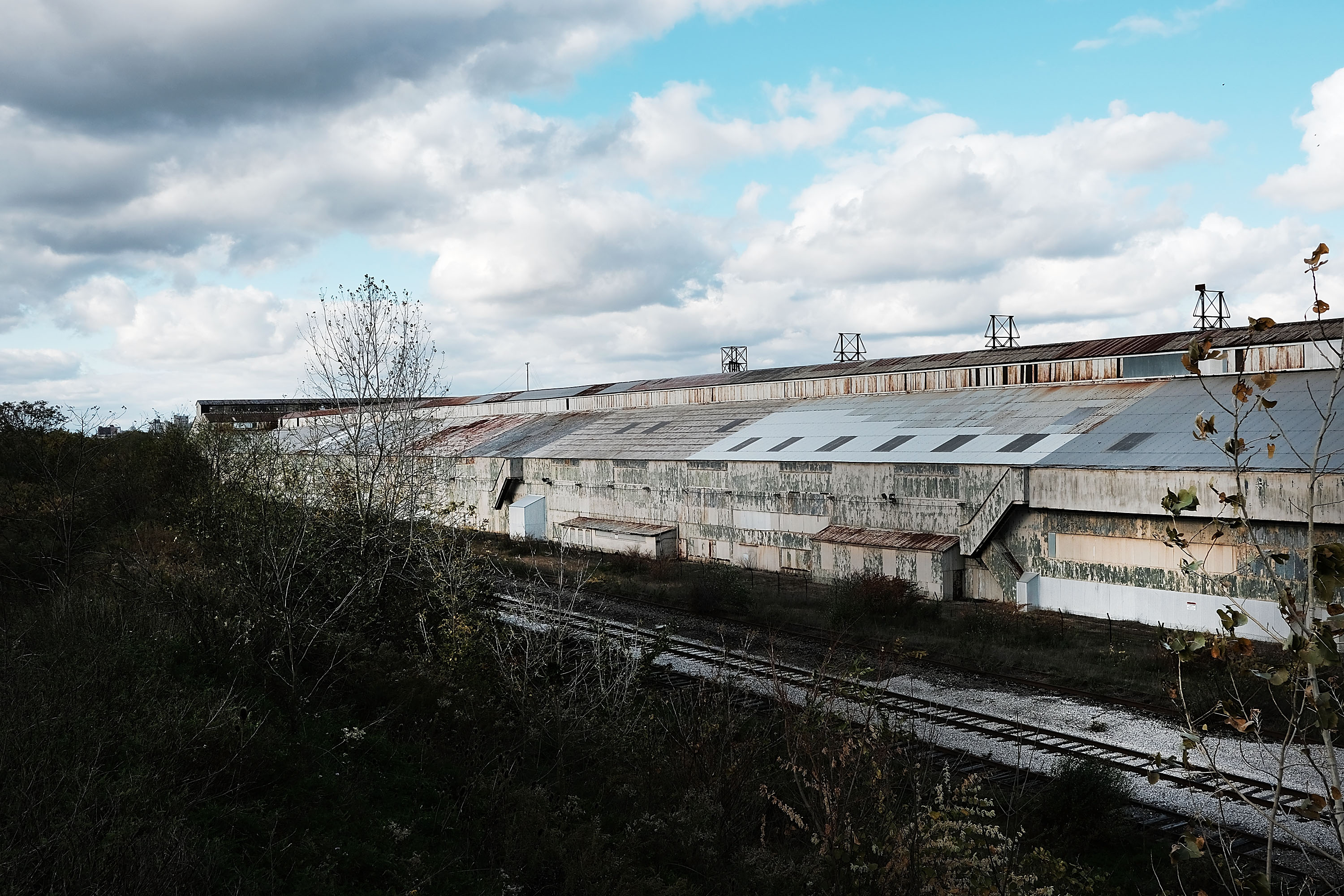 A closed steel plant is shown on October 24, 2016 in Youngstown, Ohio. Ohio has become one of the key battleground states in the 2016 presidential election with both candidates or their surrogates making weekly visits to the Buckeye State. (Photo by Spencer Platt/Getty Images)

You won’t read it in The New York Times, but business owners in Ohio are reporting 2019 was their best year in recent memory.

John Kenny, a lifelong resident of Lorain County, Ohio, is the owner of a recruiting company called Preston Staffing. He places workers in jobs with manufacturing companies: “Tier Automotive Suppliers, Tool and Die, Aluminum, Specialized Machining and Heating and Cooling. Some steelworkers, also UAW,” Kenny told American Renewal. “Some are unionized, some are not.”

Regardless of the type of manufacturing work, Kenny said the past four months have been the most productive at Preston Staffing since he and his partner started the company in 2016. The numbers back him up. In August 2019, Ohio’s unemployment rate was 4%, according to the Department of Jobs and Family Services. That’s less than half the unemployment rate of 10 years ago: In July 2009, a few months after President Barack Obama promised to create more government jobs with his “shovel ready” stimulus package, more than 10% of all Ohioans were unemployed. (RELATED: Trump Blames EPA For Ohio’s Struggling Coal And Steel Industry)

“There have been more opportunities in 2019 due to the stronger economy,” Kenny said. “We’re placing people in good-paying, middle-class manufacturing jobs. Instead of focusing on bringing those jobs back, the Democrats have gone wrong by trying too hard to establish a socialist society instead.”

He’s not exaggerating. One of the Democratic front-runners for president in 2020, Bernie Sanders, is an open socialist, and even moderate candidates like Andrew Yang proposed a universal basic income and guaranteed government jobs as the solution to middle-class strife. 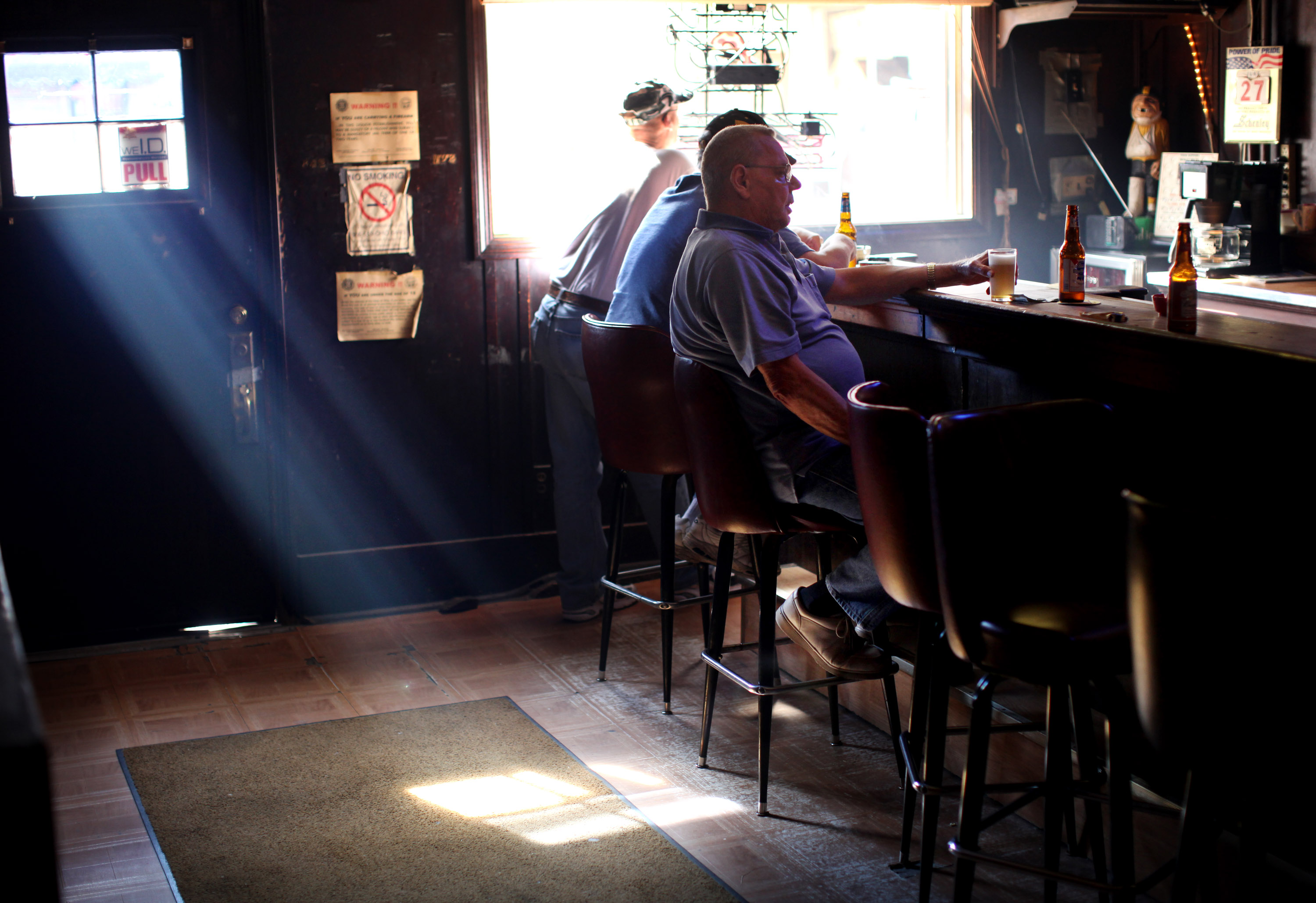 Ironically enough, Trump’s policies have benefited the people Democrats claim to champion: the working poor and people of color, especially Latinos. Lorain, where Republic Steel is planning to re-open as a direct result of Trump’s tariffs, has the largest Hispanic population in the state of Ohio. More than a quarter of residents are Latino — many of them descendants of Puerto Rican laborers who migrated to Lorain to work in the steel mills during World War II. Whether they love Trump or hate him, it’s hard to imagine that Lorain’s Latinos won’t benefit from an additional 1,000 jobs and an uptick in economic productivity in their struggling city. Nationwide, the Hispanic unemployment rate in September 2019 was 3.9%, which even the mainstream media acknowledged as a “record low.” The unemployment rate for black Americans is at an all-time low also, at 5.5%.

Compare that to 2010, when the Hispanic and black unemployment rates were 13% and 16%, respectively. Obama’s promise of “shovel ready” jobs, provided by the government, is a distant memory that never materialized. (RELATED: NY Times: Steel Industry Is On The Rebound Under Trump)

As an official White House paper on Trump’s trade policies put it, “President Donald J. Trump is ensuring that forgotten Americans are forgotten no more.” The president promised to lift America’s poorest citizens “off the sidelines, out of the margins, and back into the workforce.”

The numbers don’t lie. Democrats running for president in 2016 can’t dispute that in many ways, the economy looks better than ever for those at the bottom of the economic ladder, especially African-American and Hispanic workers. All they have to offer these voters is woke cultural politics.

In terms of real-world solutions, Democrats aren’t offering much to anyone, besides the promise of a guaranteed government job and a check every month.