Rosenstein said in a declaration filed in response to a lawsuit Strzok has pending against the Justice Department and FBI that he authorized releasing the text messages to media outlets Dec. 12, 2017, the eve of his testimony before the House Judiciary Committee.

“The disclosure obviously would adversely affect public confidence in the FBI, but providing the most egregious messages in one package would avoid the additional harm of prolonged selective disclosures and minimize the appearance of the Department concealing information that was embarrassing to the FBI,” said Rosenstein, who left the Justice Department in May 2019.

Strzok, the former deputy chief of the FBI’s counterintelligence division, sued the Justice Department and FBI on Aug. 6, 2019, for unlawful termination, infringement of due process, and violations of the Privacy Act. (RELATED: Strzok Sues FBI And DOJ)

Strzok was fired Aug. 8, 2018, over anti-Trump text messages that he exchanged with Page, who served as legal counsel to former FBI Deputy Director Andrew McCabe. 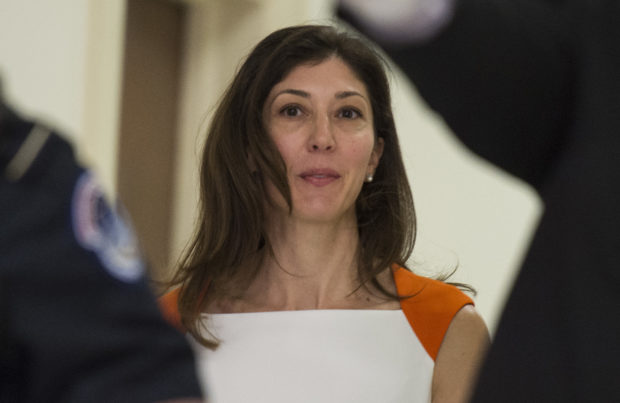 The existence of damning text messages between Strzok and Page was first reported Dec. 2, 2017, in stories at The New York Times and Washington Post.

The Justice Department scrambled to review and produce the texts to congressional committees who requested the communications. Rosenstein said a review of some of the messages was unexpectedly finished the day before his testimony.

In one exchange, dated Aug. 15, 2016, Strzok referred to an “insurance policy” that was discussed that day in McCabe’s office during a conversation about the Trump investigation.

Rosenstein asserted that Strzok and Page’s privacy interests were not violated by releasing the messages because they “were sent on government phones with the knowledge that they were subject to review by FBI” and because they “were so inappropriate and intertwined with their FBI work that they raised concerns about political bias influencing official duties.”

He said that since he was scheduled to testify before the House, “it would be in appropriate to withhold the messages” until after his testimony.

“All I can say is this: I very much look forward to Rod’s deposition,” she wrote on Twitter.

All I can say is this: I very much look forward to Rod’s deposition. https://t.co/so43a38WBh