Puerto Rico Gov. Wanda Vázquez Garced fired officials over the weekend after residents discovered a warehouse full of supplies reportedly meant for victims of one of the most destructive hurricanes to hit the island.

The video shows residents opening a door to a large warehouse full of water bottles and baby food, among other necessities, that had been there since Maria slammed into the island in 2017, killing more than 2,000 people and injuring several hundreds more.

President Donald Trump lifted a hold on more than $8 billion in disaster aid funding to help victims of Maria, according to a Jan. 15 Politico report. (RELATED: Is Puerto Rico’s Death Toll From Hurricane Maria Even HIGHER Than We Thought?) 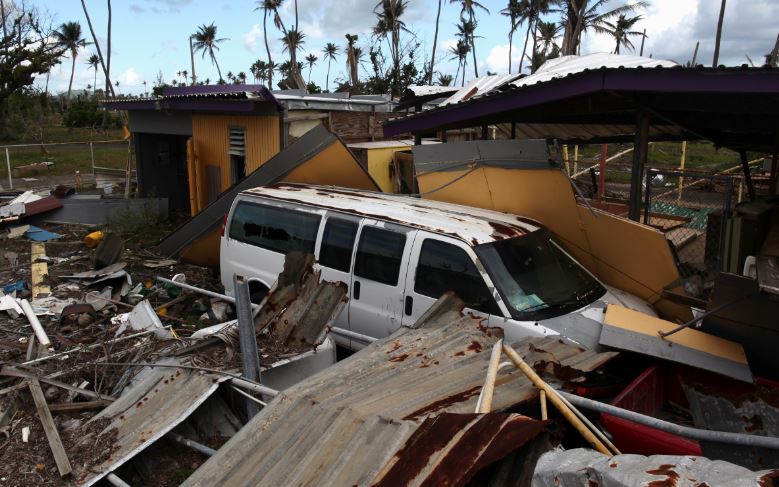 A car is partially buried under the remains of a building, after Hurricane Maria hit the island in September, in Humacao, Puerto Rico January 25, 2018. REUTERS/Alvin Baez

Carlos Acevedo, director of Puerto Rico’s Office of Emergency Management, was one of the officials who was pushed out. He denied allegations of mishandling, according to a Sunday statement the office of emergency management published.

“There have not been orders to seize or destroy those items at any point,” Acevedo said in a statement. Vázquez’s decision comes months after Trump criticized the American territory, calling Puerto Rico “one of the most corrupt places on earth” in an August tweet in 2019.

Puerto Rico is struggling to get out from underneath crippling debt and filed for bankruptcy in 2017. Many 2020 presidential Democratic candidates have gone after Trump for his attitude towards Puerto Rico, particularly bringing up the president’s initial reluctance to help the island with aid.

Vázquez’s decision to fire the three officials comes as Puerto Rico is trying to recoup after a massive earthquake hit Puerto Rico Saturday, causing a tsunami warning, officials on the island reported.