Throughout his political career, Independent Vermont Sen. and 2020 presidential hopeful Bernie Sanders has had a complicated relationship with condemning violent rhetoric and endorsing Communist regimes.

From the brutality of the Soviet Union to politically motivated attacks by Bernie supporters, Sanders has a sordid history with violent political rhetoric.

Sanders has repeatedly expressed his admiration for the Soviet Union. After his trip to Russia in 1988, Sanders, then-Mayor of Burlington, Vermont, held a press conference in which he extolled the virtues of Soviet society. He praised their public transportation system, saying, “The stations themselves were absolutely beautiful, including many works of art, chandeliers that were very beautiful, it was a very effective system.”

Finally, he made the argument that the bread lines in Soviet cities weren’t so bad. “It’s funny sometimes American journalists talk about how bad a country is because people are lining up for food. That’s a good thing. In other countries, people don’t line up for food, rich people get the food and poor people starve to death.”

In that press conference, Sanders left out some very important details about the aspects of the Soviet Union that he praised.

The breadlines were not an expression of plenty as Sanders claimed. They were a symptom of an inefficient Communist government. A New York Times investigation in 1982 found that the food on offer in breadlines close to the Kremlin was often rotten and certain amenities like butter were extremely hard to find for the average Soviet citizen. Komsomol, the primary Soviet youth organization operated chiefly as indoctrination camps for Soviet children. 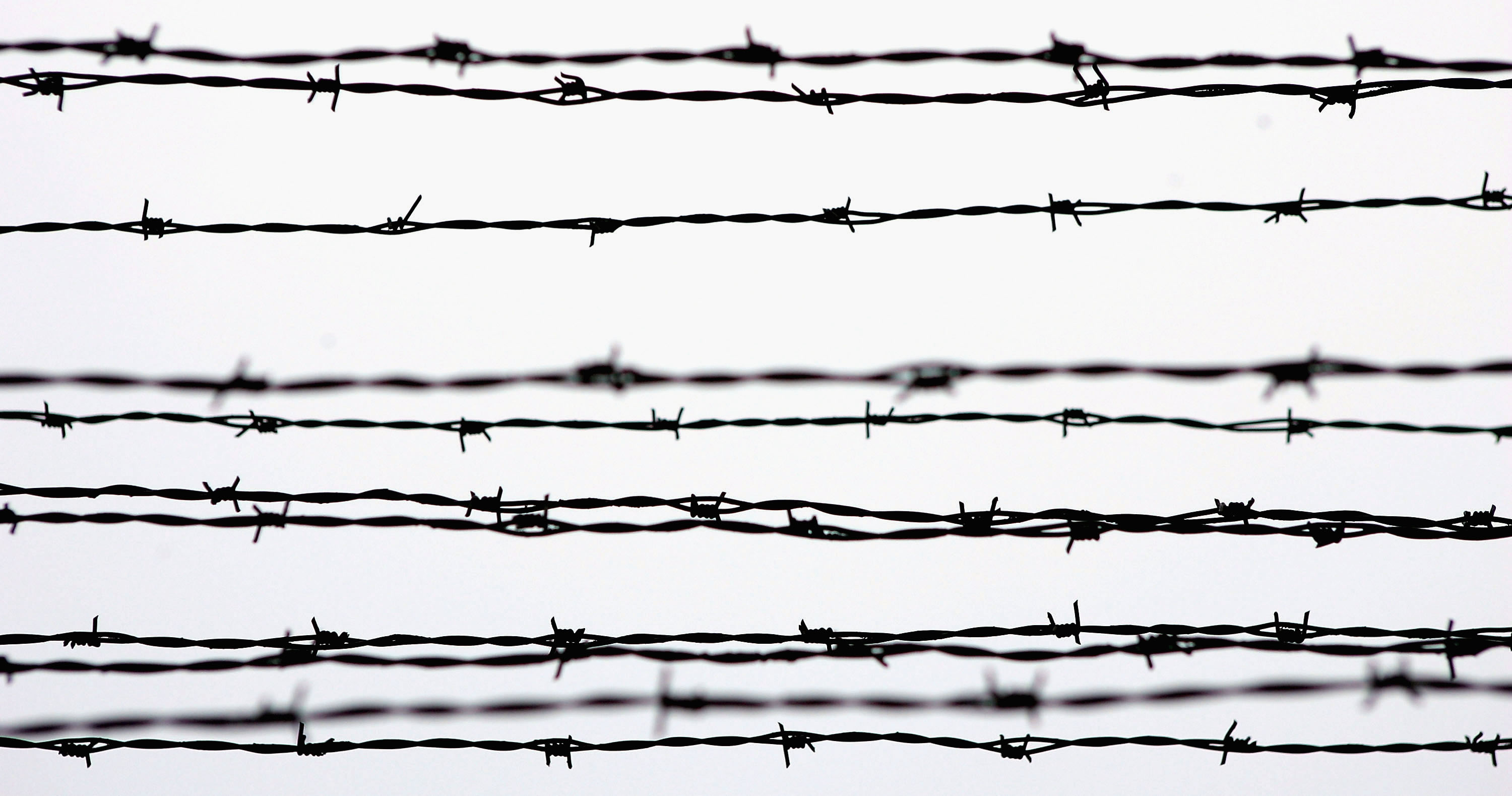 However, Sanders has not limited his praise of Communist countries to the Soviet Union. He has also praised Castro’s Cuba and the Sandinista regime in Nicaragua. “The basic ‘crime’ being committed by the people of Nicaragua today is that the government there has the strange and unusual idea that they should attempt to do something for the people of Nicaragua rather than for the United States corporations,” Sanders said of Nicaragua. In 1985, Sanders also praised Fidel Castro, saying, “In 1959 … everybody was totally convinced that Castro was the worst guy in the world and all of the Cuban people were going to rise up in rebellion against Fidel Castro. They forgot that he educated their kids, gave their kids healthcare, totally transformed the society.” (RELATED: FLASHBACK: Bernie Describes Wanting ‘To Puke’ Watching JFK Get Tough On Castro)

Both the Fidel Castro regime in Cuba and the Sandinista government in Nicaragua were characterized by the severe repression of political dissidents. Castro engaged in brutal reprisals against former Batista officials after the Cuban Revolution, ultimately killing an estimated 15,000 people between 1959 and 2016. Thousands more were held in prison camps, and 1.2 million Cubans fled to the United States between 1959 and 1993.

While Sanders himself has limited his praise to the efficient subway system and bread lines, some of his supporters have endorsed some of the more repressive aspects of the Communist regime.

Some supporters of Sanders’ 2020 presidential campaign have also shown a predilection toward violent action to realize Sanders’ vision for the country. Project Veritas, a right-wing activist group that uses hidden cameras to obtain compromising footage of left-wing figures and organizations, released a video of a Sanders campaign organizer warning that American cities would burn if Trump was re-elected and asserted that Soviet gulags weren’t that bad.

“So, if Trump gets reelected, what?” an off-screen interviewer asked the organizer.

When asked whether Trump supporters should be re-educated to believe in Sanders’ ideology, the organizer said, “There’s a reason Joseph Stalin had gulags, right? And actually, gulags were a lot better than what the CIA has told us that they were. Like, people were actually paid a living wage in gulags, they had conjugal visits in gulags, gulags were actually meant for like reeducation.”

Soviet gulags were forced labor camps in which political prisoners were sent to extract valuable resource for the Russian state. Though not extermination camps, gulags were often located in near-inhospitable locations in the far north and east of Russia, and prisoners in the gulags were ill-treated and ill-fed. Almost 20 million people were sent to gulags from 1930 to 1953, and almost 2 million died while imprisoned.

Though some were quick to point out that this organizer was an outlier, a second video of a different organizer endorsing gulags was quickly released by Project Veritas.

“I mean, I’m ready. I’m ready to start tearing bricks up and start fighting. I’m no cap, bro. I’ll straight up get armed, I want to learn how to shoot and go train. I’m ready for the f**ing revolution, bro,” the organizer said. “I’m telling you. Guillotine the rich,” he added. 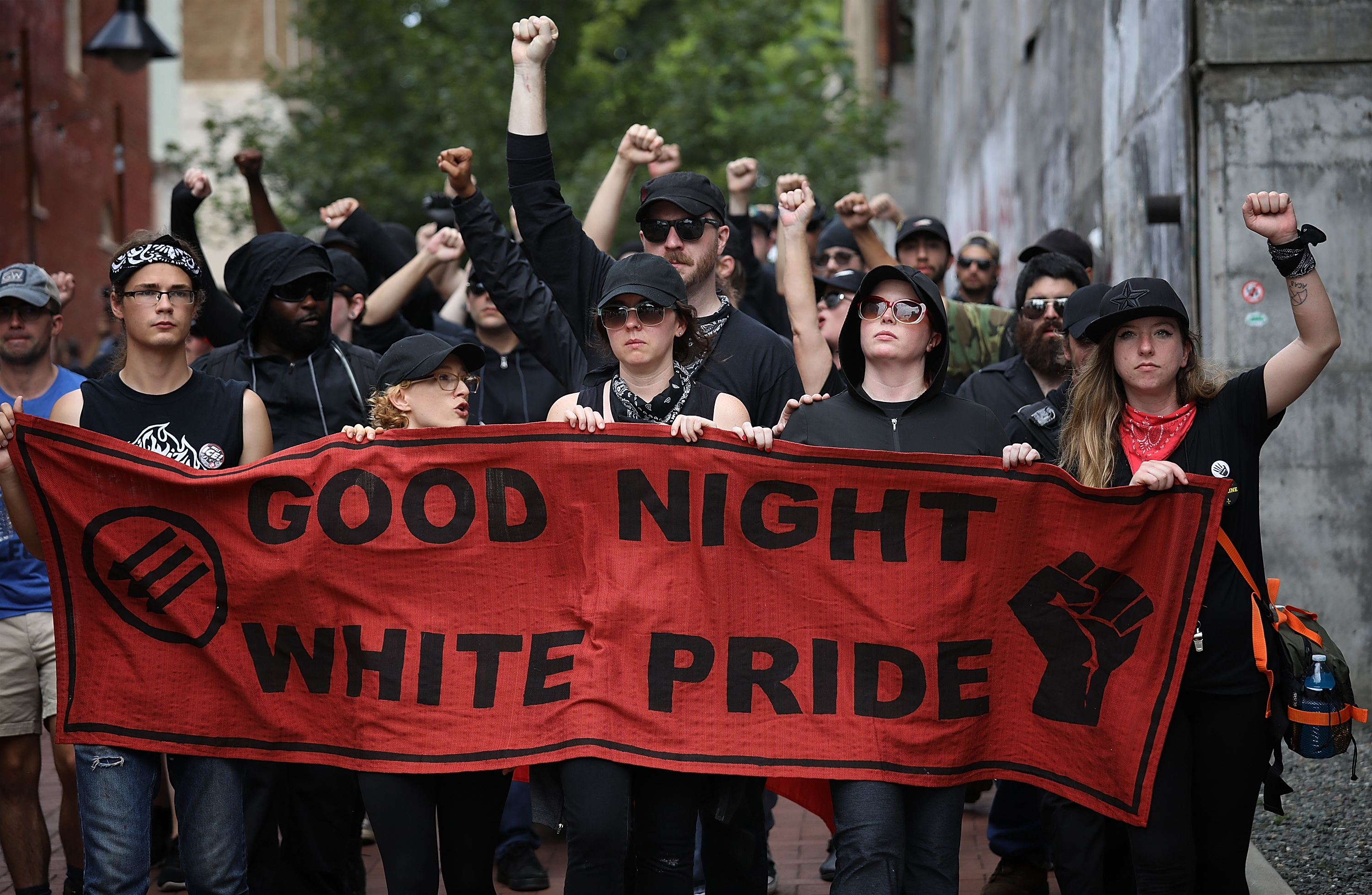 CHARLOTTESVILLE, VA – AUGUST 11: A group of protesters known as “Antifa”, or anti-fascists, march near ths site of a makeshift memorial where Heather Heyer was killed last year August 11, 2018 in Charlottesville, Virginia. (Photo by Win McNamee/Getty Images)

Joseph Alcoff, a former unofficial organizer for Bernie Sanders’ 2016 campaign, is an Antifa leader who has advocated for violence against conservatives and the violent overthrow of the U.S. government.

Alcoff has denounced nonviolence, saying, “We have got to dispense with nonviolence.” He has also called for the harassment of conservatives and others he deems “fascist.”

“You have to expose them and you have to expose where they live, their names, what they do for a living,” he said. “Never let them be anonymous, and never just push their rhetoric without directly countering it.” He has also expressed a desire for rich people to “die in a fire, or someday we will kill you in a fire.” Alcoff was arrested and charged with multiple felonies for his part in an Anitfa mob attack on two Marines in November 2018. (RELATED: DC Antifa Leader Arrested For Multiple Violent Felonies Out Of A Job At Progressive Nonprofit After His Radical Ideology Was Exposed)

Sanders has not publicly commented on Alcoff’s rhetoric or actions. He has condemned individual violent protests, but he has not condemned the Antifa movement.

One Bernie supporter took violent rhetoric to the next level. James Hodgkinson, who attacked a congressional baseball game in June 2017 and severely wounded then-Majority Whip Steve Scalise, was a volunteer for Bernie’s 2016 campaign. On his personal Facebook, Hodgkinson posted messages like “Trump is a Traitor. Trump Has Destroyed Our Democracy. It’s Time to Destroy Trump & Co.” and “Republicans are the Taliban of the USA.” He also posted messages declaring his support for Sanders and his message, writing, “Hillary Rodham Clinton should concede the nomination to Bernie Sanders,” and “Healthcare for all Americans.”

Sanders responded to the shooting by condemning Hodgkinson and his actions. “I have just been informed that the alleged shooter at the Republican baseball practice is someone who apparently volunteered on my presidential campaign,” Sanders said. “I am sickened by this despicable act. Let me be as clear as I can be: Violence of any kind is unacceptable in our society and I condemn this action in the strongest possible terms. Real change can only come about through nonviolent action, and anything else runs against our most deeply held American values.”

Bernie Sanders has been extremely vocal in his support for violent and repressive Communist regimes throughout his political career. He has also attracted numerous followers who also share his admiration for violent left-wing countries, and in certain instances they have been willing to follow through on their rhetoric.