If President Donald Trump wins re-election this year, the first week in February could end up being a big reason why.

This past week included the president’s acquittal, a well-received and unifying State of The Union speech, a set of embarrassing blunders from the Democratic Party, and Trump’s highest approval ratings since being sworn into office. All of it made for the best week of Trump’s presidency.

The week started on Monday night when technological failures led to the implosion of the Democratic Iowa Caucuses. After repeatedly touting 2020 as the most important election in U.S. history, Democrats couldn’t even count the votes in their first primary, leading the Associated Press (AP) to refuse to declare a winner, and embattled Democratic National Committee (DNC) Chairman Tom Perez to call for a recanvassing.

The Iowa debacle has led to a wave of protests and conspiracy theories, as it appears the failures of the Iowa Democratic Party hurt firebrand socialist candidate Bernie Sanders the most, and benefited the more establishment-friendly Pete Buttigieg. The Democrats have stressed the importance of unity throughout this election cycle, noting that a divided party cannot defeat Trump. However, that’s exactly what Democrats have now, and it could take a long time to rebuild the trust that has eroded in recent days. (RELATED: Don’t Buy Into The Hype About Republicans Losing Texas)

A night after the Iowa Caucuses, the president gave a State of The Union speech centered around unifying themes like patriotism, sovereignty, and families, and saw it rejected by ill-tempered Democrats. But, while House Speaker Nancy Pelosi ripped up the president’s speech, the American people seemed to love it. 76% of Americans who watched Trump’s State of The Union address approved of it, according to CBS News. This included 97% of Republicans, 82% of Independents, and even 30% of Democrats. Tearing up a speech that honored veterans, miracle babies, and cancer patients was not a good look for the normally shrewd speaker, and she spent the past weekend urging Twitter and Facebook to take down an edited video of the Democratic leader ripping up the speech. (RELATED: Could It Be A Bernie Sanders Landslide In Iowa?) 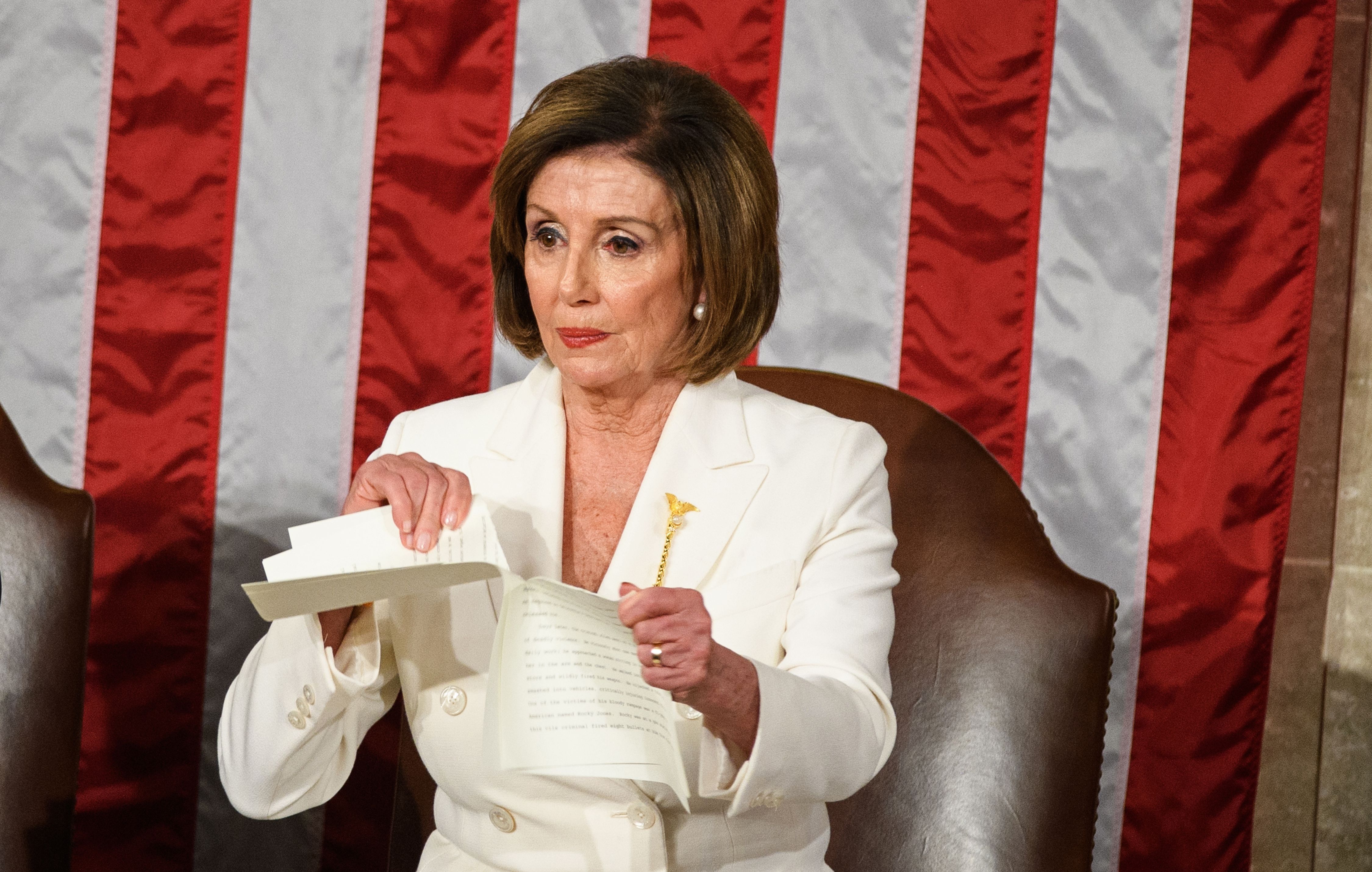 Speaker of the US House of Representatives Nancy Pelosi rips a copy of US President Donald Trumps speech after he delivers the State of the Union address at the US Capitol in Washington, DC, on February 4, 2020.  (Photo by MANDEL NGAN/AFP via Getty Images)

Left-wing HBO host Bill Maher sounded the alarms on his weekly show Friday night, pointing to Trump’s State of The Union speech as an example of why he will be “hard to beat” in November.

“The showmanship that pulled out every stop with the medals and the Marine being reunited,” Maher said of Trump’s State of The Union speech. “That’s what he does. It’s going to be hard to beat.”

Before his State of the Union speech Tuesday, a Gallup poll was released, showing Trump with his highest approval rating since taking office in January 2017. The poll found that 49% of Americans approve of the job Trump is doing as president, higher than the percentage of Americans that approved of former President Barack Obama at this point in his presidency. The poll also suggested that Americans were tiring of the impeachment saga that had dominated the headlines for over four months. The poll found that 52% of Americans supported Trump’s acquittal, compared to 46% who wanted to see the president convicted and removed from office.

Additionally, the poll also found the image of the Republican Party improving, and the image of the Democratic Party declining. According to Gallup, 51% of Americans now have a positive view of Republicans, up from 43% last year, while just 45% of Americans hold a positive view of Democrats, down from 48% last year. Not only is this a good sign for Trump’s re-election, but it is also a good sign for Republicans hoping to regain the House, and build on their majority in the Senate. (RELATED: Jim Jordan Rips Democrats For Handling Of Trump Investigations)

As expected, the president was acquitted last Wednesday on both articles of impeachment, despite every Democrat and one Republican voting to remove him. The president’s acquittal was inevitable, but nobody really knew what the political ramifications of impeachment would be, and in many respects we still don’t. However, you have to wonder if Pelosi and leading Democrats are re-assessing their decision to impeach, given that it led to Trump’s highest approval ratings ever, and united the Republican Party during a crucial election year. 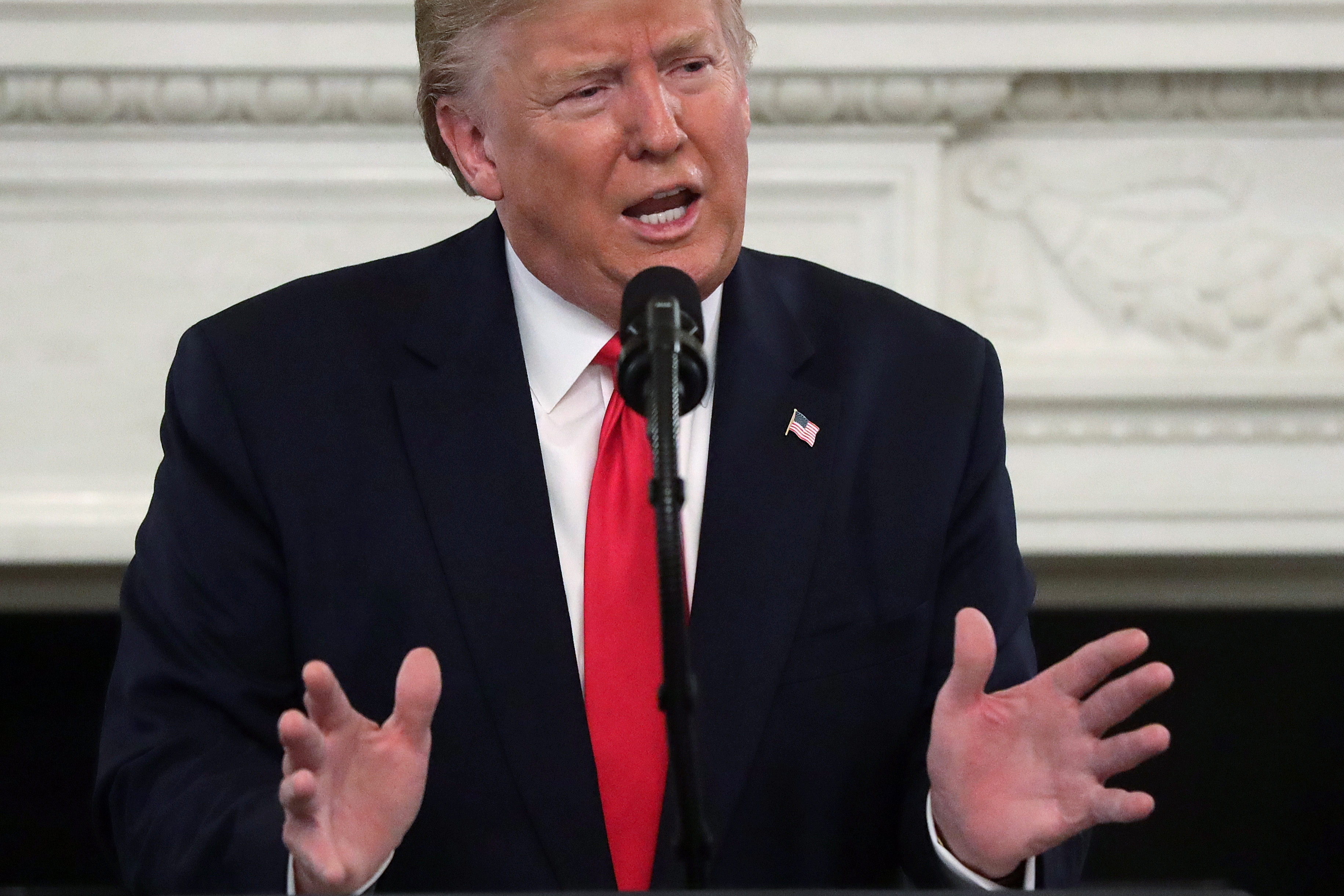 The president spiked the football Thursday at the White House, claiming vindication, and celebrating his best week as president. Trump noted that like impeachment, he has emerged from a multitude of investigations unscathed, hearkening back to the Russia drama that dominated his first two years in the White House.

“And we were treated unbelievably unfairly, you have to understand, we first went through ‘Russia, Russia, Russia.’ It was all bullshit,” Trump said, holding a copy of the morning’s Washington Post, which read “Trump Acquitted.”

This may not be the end of Democratic-led investigations into Trump’s presidency. House Judiciary Chairman Jerry Nadler has already floated the idea of subpoenaing former White House National Security adviser John Bolton, who was not called to testify in the Senate impeachment trial. But, Trump supporters have to feel confident, knowing their man has survived years of investigations and harsh media coverage unscathed, and more popular than ever. The nickname “Teflon Don” has never seemed more fitting, less than nine months out from a presidential election.  A few more weeks like last week, and Trump may secure four more years in the White House.