Seattle Councilwoman Kshama Sawant, a socialist who belongs to a Trotskyist organization that wants to seize control of America’s banks, was a featured speaker at Vermont Sen. Bernie Sanders’s 2020 campaign rally in Seattle on Monday.

In her speech to Sanders’s supporters, Sawant called for a “powerful socialist movement to end all capitalist oppression and exploitation.”

You don’t often hear introductory speakers for @BernieSanders talking about socialism. But in Tacoma, Wash., Kshama Sawant, a socialist on the Seattle City Council, just did.

“We need a powerful socialist movement to end all capitalist oppression and exploitation!” she said. pic.twitter.com/1Rdpla1DH8

Sawant is a member of Socialist Alternative, a fringe Trotskyist group that is open about its goal of a “socialist United States and a socialist world,” according to its website. (RELATED: Marxists And Extreme Radicals Seek To Take Over The Democratic Party)

The Trotskyist group’s platform includes taking control of the “top 500 corporations and banks that dominate the U.S. economy” and paying compensation “on the basis of proven need to small investors, not millionaires.”

Additionally, in order to put an end to layoffs, the socialist group calls for taking “bankrupt and failing companies into public ownership.” 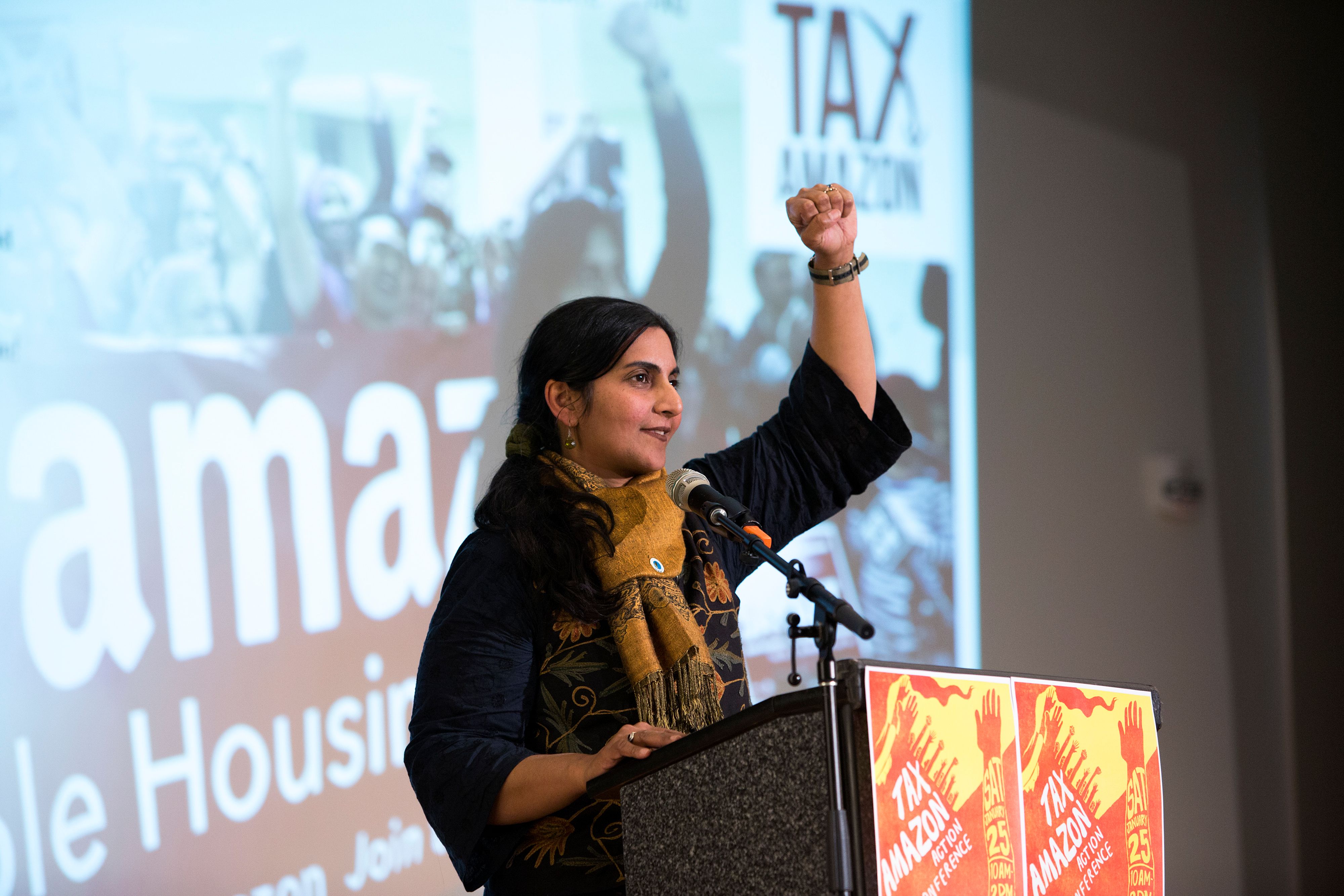 Neither the Sanders campaign nor Sawant returned a request for comment.