President Donald Trump’s decision Tuesday to grant nearly a dozen people executive clemency was met with mixed reactions, but who are the men and women who benefited from Trump’s mercy?

The 11 people who were granted a pardon or a commutation from the president range from a former sports owner, a disgraced Democratic governor to ordinary citizens serving harsh sentences for drug-related crimes.

Rod Blagojevich: Blagojevich served as the 40th governor of Illinois from 2003-2009 before suffering a precipitous fall from grace after it was revealed that he tried to sell then-President-Elect Barack Obama’s Illinois senate seat. The Democrat was subsequently impeached and removed from office unanimously by the state senate. 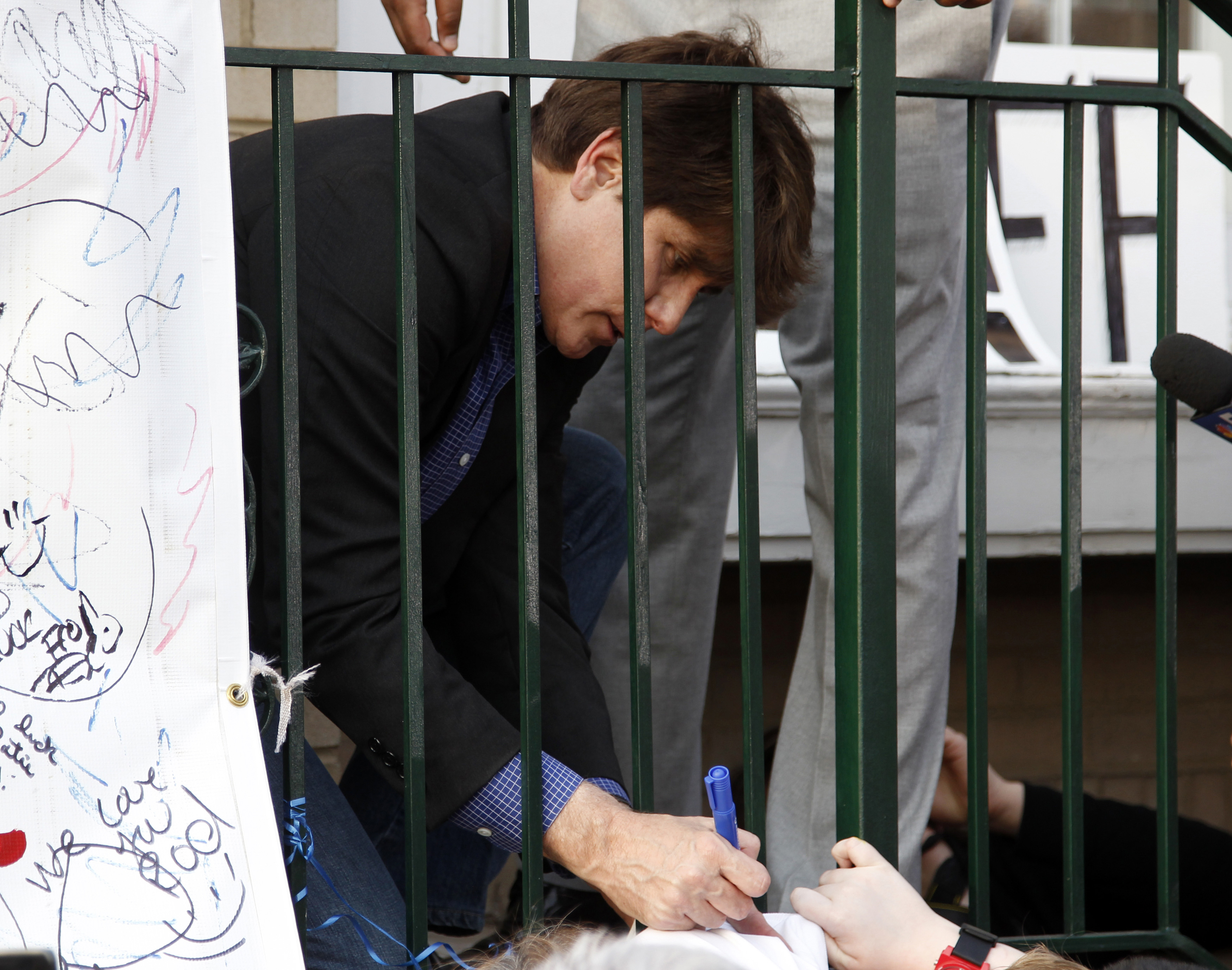 Former Illinois Governor Rod Blagojevich signs autographs on his front porch after making a statement to reporters outside his Chicago home one day before reporting to federal prison in Colorado to serve a 14-year sentence for corruption, March 14, 2012. REUTERS/Jeff Haynes

In 2011, Blagojevich was sentenced to 14 years in prison, and ultimately served eight before being granted clemency Tuesday by Trump. Blagojevich showed gratitude towards the president after his release Tuesday night, saying that he now identifies as a “Trumpocrat.” The president’s decision to grant clemency to Blagojevich was harshly criticized by many on both sides of the aisle, with Illinois’ House Republican delegation releasing a statement calling the former Democratic governor “the face of public corruption in Illinois.”

Bernard Kerik: Kerik is most famous for having served as New York City’s police commissioner on September 11, 2001. Kerik was also appointed by President George W. Bush to be the interim Interior Minister of Iraq in the aftermath of 9/11, during which time he allegedly accepted a $250,000 interest-free loan from an Israeli billionaire. Kerik pleaded guilty in 2009 to misleading the U.S. government about the loan, and was sentenced to two years in prison and three years of supervised release. Kerik received a full pardon Tuesday from Trump. (RELATED: ‘It Wasn’t Racist’: Rudy Giuliani Takes Aim At Bloomberg Over Stop-And-Frisk)

Eddie DeBartolo Jr.: The Billionaire former San Francisco 49ers owner was fined $1 million and sentenced to two years probation in 1998 after being caught up in a scandal involving former Democratic Louisiana Gov. Edwin Edwards. During DeBartolo’s ownership, the 49ers won five Super Bowl championships, and he was inducted into the Pro Football Hall of Fame in 2016. The president issued DeBartolo a full pardon Tuesday after extensive lobbying from several of DeBartolo’s former players, including Hall of Fame receiver Jerry Rice. (RELATED: Mahomes, Chiefs Defeat 49ers In Classic Super Bowl) 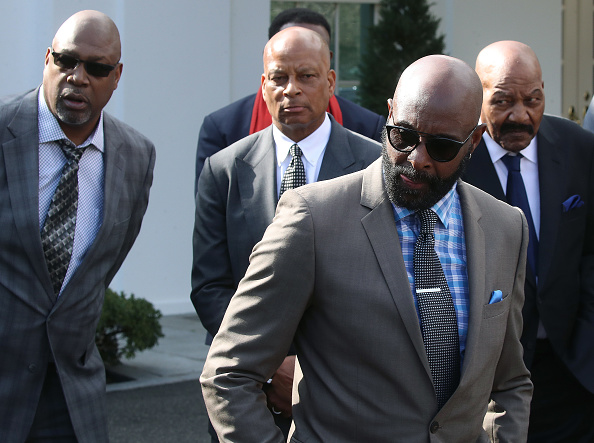 Michael Milken: The billionaire financier spent nearly two years in prison in the early 1990s due to his role in an insider trading scandal. Milken was the inspiration for Michael Douglas’s character Gordon Gekko in the 187 film “Wall Street.” Since his release from prison, Milken has received praise for his philanthropy, and has raised hundreds of millions of dollars to cancer research.

Angela Stanton: Stanton was placed in home confinement for six months in 2007 over her role in a stolen-vehicle ring. The best-selling author and TV personality is an outspoken Trump supporter, and the White House praised her for “working tirelessly” to improve outcomes for ex-prisoners attempting to reenter society.

Paul Pogue: Pogue is the founder of McKinney construction firm, and was sentenced to three years in prison in 2010 for filing false income tax statements. Pogue was granted a full pardon by Trump, and the White House praised him for his philanthropy and his humanitarian work throughout the world.

Judith Negron: Sentenced to 35 years in prison in 2010 over her role in a $205 million Medicare fraud scandal, Negron was granted clemency Tuesday by Trump after serving eight years. The White House cited a letter from Negron’s prison warden praising her as a “model inmate who works extremely well with others.”

David Safavian: A former lawyer in President George W. Bush’s administration, Safavian was sentenced to a year in prison in 2008 for lying about his connection to former lobbyist Jack Abramoff. Trump granted Safavian a full pardon, and the White House praised him for having “dedicated his life to criminal justice reform.” (RELATED: ‘Club Fed Is A Myth’—Here’s What Michael Cohen Is In For At A ‘White Collar’ Prison)

Ariel Friedler: The CEO of a former technology company, Friedler served two months in prison in 2014 for being part of a conspiracy to access a protected computer, and was forced to sell his company. The White House stated that Friedler since engaged in veterans issues, and has helped ex-prisoners reenter society.

Tynice Nichole Hall: Hall served 14 years of an 18-year sentence for allowing her apartment to be used for drug deals. During her time in prison, Hall completed job apprenticeships, and completed coursework towards a college degree. The White House also stated that Hall has taught her fellow inmates educational programs, and stated that Hall “has accepted responsibility for her past behavior and has worked hard to rehabilitate herself.”

Crystal Munoz: Munoz spent a dozen years in prison for her role in a marijuana trafficking ring before being granted clemency Tuesday by Trump. During her prison sentence, she volunteered with a hospice organization and “demonstrated an extraordinary commitment to rehabilitation,” according to the White House.

1
'We Should Never Let Someone Like That Run This Country': Tucker Carlson Says Dr. Fauci's Advice Could Lead To 'National Suicide'
Media
2
CNN's Acosta Interrupts Dr Birx As She Discusses The WHO's Handling Of Coronavirus Pandemic
Politics
3
EXCLUSIVE: Coronavirus Expert Says Virus Could Have Leaked From Wuhan Lab
Investigative Group
4
Kennedy Family Member And Son Missing After Chesapeake Bay Canoe Trip
US
5
'I Would Like Them To Shut Up': Dr. Drew Says Media 'Needs To Stop 'Whipping Up Further Panic And Chaos' With Coronavirus Coverage
Entertainment