Democratic New York Gov. Andrew Cuomo said Friday he is willing to offer the Department of Homeland Security (DHS) all information from DMV databases, with the exception of social security numbers, as part of a compromise with DHS.

Following immense backlash from the state’s law enforcement community, Cuomo on Friday said he is willing to offer DHS a compromise on a sanctuary law that bars information sharing between DMV and federal immigration authorities. The governor said he’s willing to give DHS all information from state DMV databases, but will not offer social security numbers.

The capitulation came after DHS and members of the law enforcement community have vehemently criticized a New York law, known as the “Green Light” law, that not only allows illegal aliens to obtain driver’s licenses, but also forbids information sharing between state DMVs and federal authorities. Namely, Immigration and Customs Enforcement (ICE) and Customs and Border Protection (CBP) are barred from accessing state DMV databases. 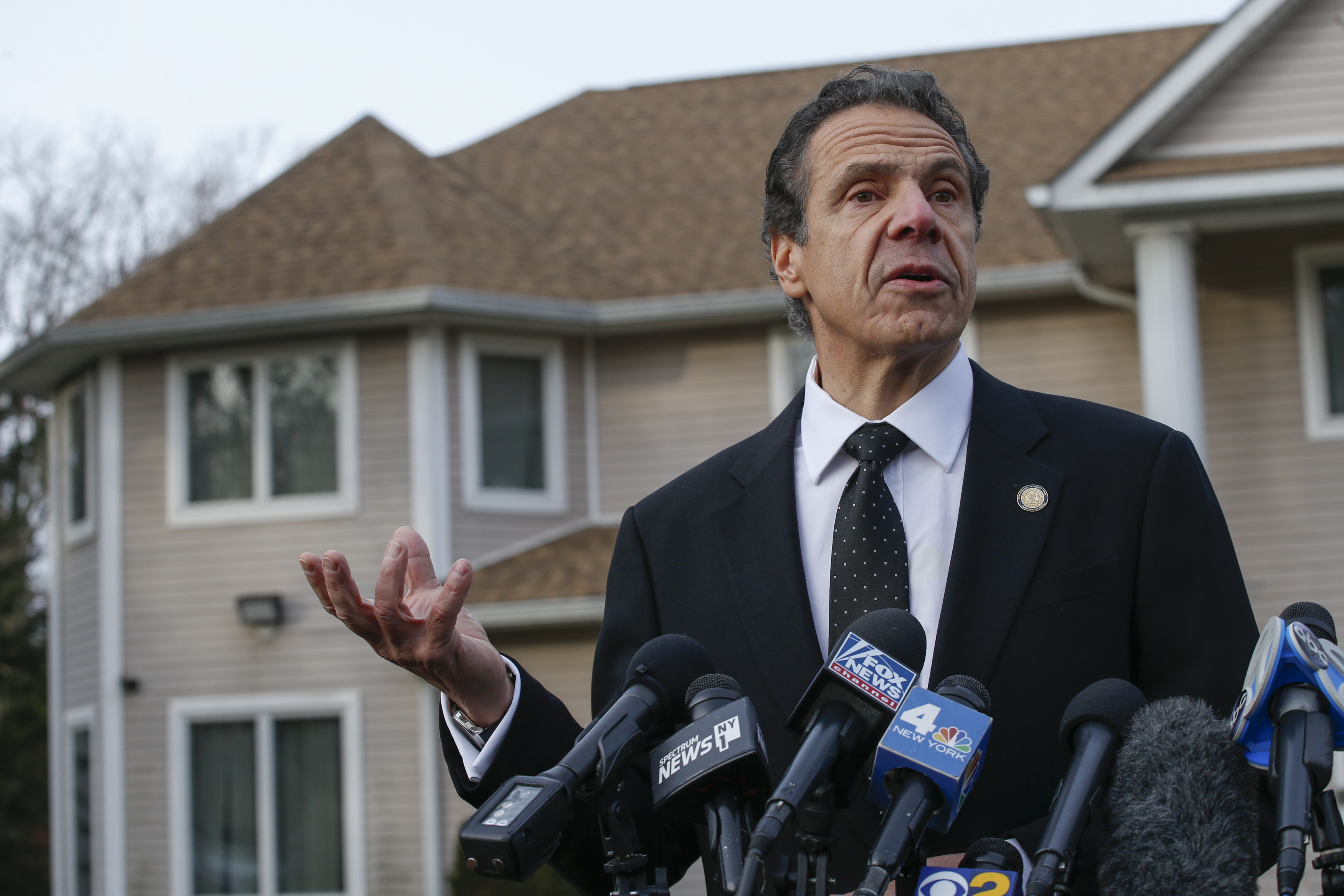 New York Governor Andrew Cuomo speaks to the media outside the home of rabbi Chaim Rottenbergin Monsey, in New York on December 29, 2019 after a machete attack that took place earlier outside the rabbi’s home during the Jewish festival of Hanukkah in Monsey, New York. (Photo by KENA BETANCUR/AFP via Getty Images)

CBP and other immigration authorities say the information they obtain from DMVs is necessary to conduct their jobs. Because of the law, DHS revoked all New York applications for the federal government’s trusted traveler programs, saying that they can’t verify records without the information.

In addition to seeing his constituents lose their trusted traveler benefits, numerous law enforcement unions in the state came out publicly against the law, including the Federal Law Enforcement Officers Association, the New York Association of Chiefs of Police, and the New York State Sheriffs’ Association.

Cuomo recently met with President Donald Trump on a possible compromise, but no agreement was met.

Would allowing access to all data except for social security numbers be enough to suffice DHS concerns? It’s not yet known, and DHS has yet to announce anything, but a spokeswoman did react to Cuomo’s recent comments. (RELATED: DHS Suspends New Yorkers From Its Trusted Travelers Programs In Wake Of Illegal Alien ID Law)

“Last week’s meeting with the [DHS acting chief Chad Wolf], [Cuomo], and [Trump] was positive & productive. Since then, DHS and NYS officials have been working closely to come to a mutually-agreeable solution. At this time we have nothing to announce but look forward to a positive outcome,” DHS spokeswoman Heather Swift tweeted Friday.