In our time of need, it’s always important to thank your trusty knife. In all seriousness though, a great tactical knife can be the difference between life or death in the wilderness, whether it’s fending off wildlife or helping build your lean-to or other improvised shelter.

An all around helpful tool, a great tactical knife is sturdy and practical. Many men love a specific knife style or brand, and stick with it until the end. Hopefully with this article you can find your go-to tactical knife, as we looked into a combination of some of the highest-reviewed selections, as well as what the most trustworthy wilderness personalities consider their knife of choice:

Although there is no official Jason Bourne endorsement, the Kershaw Boot Knife is still very cool. 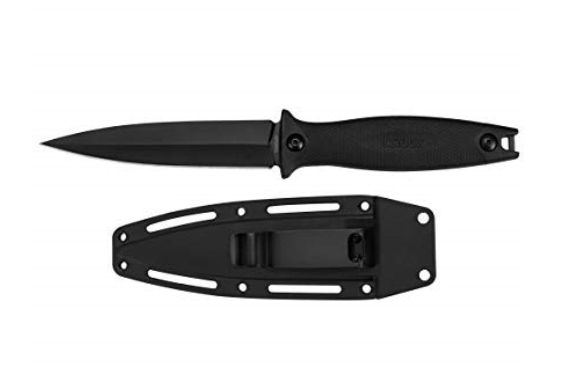 While most fixed blades are meant to be concealed, you can be sure this knife is. With a steel blade and polymer grip, it’s made exactly what you think it’s for and should be easy to grab, grip and pull out in a hurry.

You can tell by its design it’s meant to take punishment and is an incredibly strong blade, having the ‘8Cr13MoV‘ type of steel which is considered to be very capable, even by most steel snobs…which are actually a thing.

Official name: Camillus Survivorman Les Stroud SK Mountain Ultimate Survival Knife – codename: The Survivor Man Knife, is built to last even longer than you are in the wilderness. 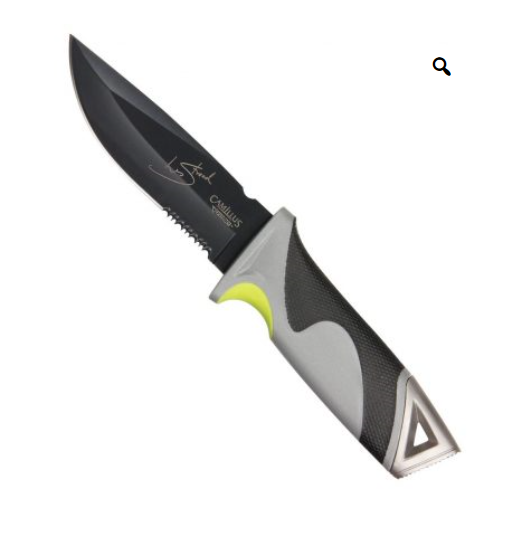 With some of the most durable materials available (carbonitride titanium-bonded, 440 stainless non-stick partially serrated drop point blade), you probably don’t have to worry about a break.

But with the Survivorman label comes a flurry of great features attached to its sheath, such as: LED flashlight, whistle, fire starter, and S.O.S. signal mirror.

One of the more popular blade brands on the market, the Benchmade Bedlam 860 Scimitar would make even English Kings proud. At $200 it is a practical, everyday nature boy’s (not Ric Flair) knife, perfect for the outdoors. 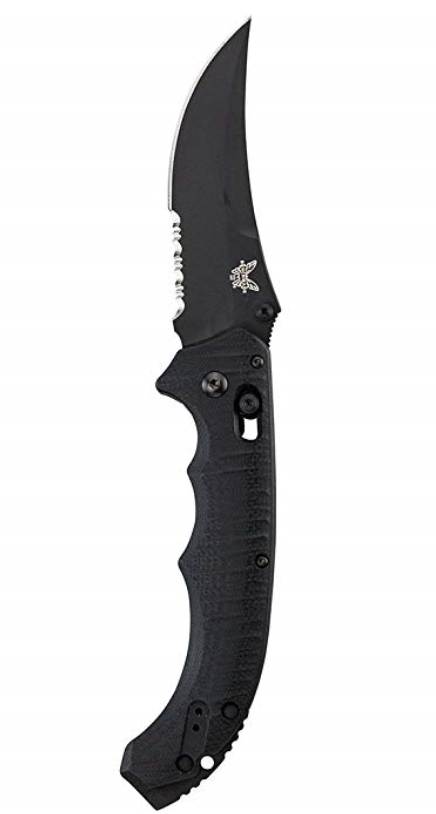 Decently strong and durable, the lifetime warranty provided should put your mind at ease. It is meant for varying temperatures, but be aware of its manual fold, which could be an advantage in tactical situations.

Gerber being the respectable brand that it is teamed up with the most respectable wild man Bear Grylls to form the ‘Bear Grylls Ultimate Pro Knife, Fine Edge‘. This knife is military-grade with a pull-through carbide sharpener in the sheath to ensure readiness at all times. 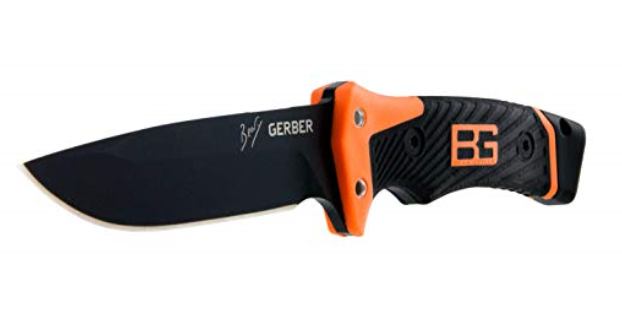 The only reason Grylls survived the wilderness with Shaq. (via Amazon.com)

Not completely unlike the Survivorman blade, the Grylls knife comes with an array of sheath-paired features: an emergency whistle, a pocket guide and a fire-starter rod.

It’s meant to never corrode or lose its effectiveness, with a large, textured and rubberized handle that’s meant to last through tough conditions.

Who’s always posting about their elk meat, bows and all-around survivability? Joe Rogan. When it comes to his knife of choice, there’s a bit of an online mystery surrounding what he uses out in the wild, as opposed to what he uses for meat carving.

In fact, there’s even some subreddits designated to figuring out what he uses. 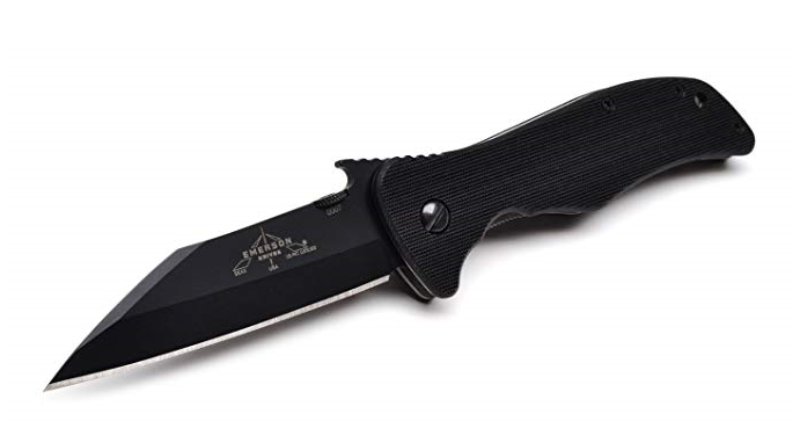 While some say the unofficial Rogan blade is an Emerson Sheepdog, those, like many Emerson knives can be hard to get a hold of.

Two models available on Amazon however include the SEAX and the Big Bulldog. The Big Bulldog is said to be made entirely based on demand, and has some pretty interesting selling points to say the least. The brand is quoted as describing the knife in the following manner: “The ergonomics on this model are great and when it’s in your hand it feels like you could punch right through a brick wall”.

Don’t ask, we didn’t. The SEAX models are just under 4 inches of lock titanium in blade length, and are also somewhat hard to find. So, get them while you can.

Have a favorite tactical knife or blade we missed? Let us know if you have any ideas on why your knife is best suited for survivability. Maybe we missed the ‘Steven Seagal Special’ or the ‘Chuck Norris Blade That Even He Can’t Break’, but that’s why we have you – the reader – to tell us about them.