Kansas Republican Rep. Ron Estes pulled no punches when describing the purpose of the Second Amendment during a panel discussion at CPAC 2020 on Friday.

“The primary goal of having a well regulated militia is to make sure we protect ourselves from the government,” he told his audience, distancing himself from those who support the right to bear arms for solely sporting purposes.
He also outlined “3 differents standpoints,” from which the Second Amendment can be understood. A person may choose to bear arms for defence against their fellow citizens, for hunting, or to resist tyranny, explained the congressman. 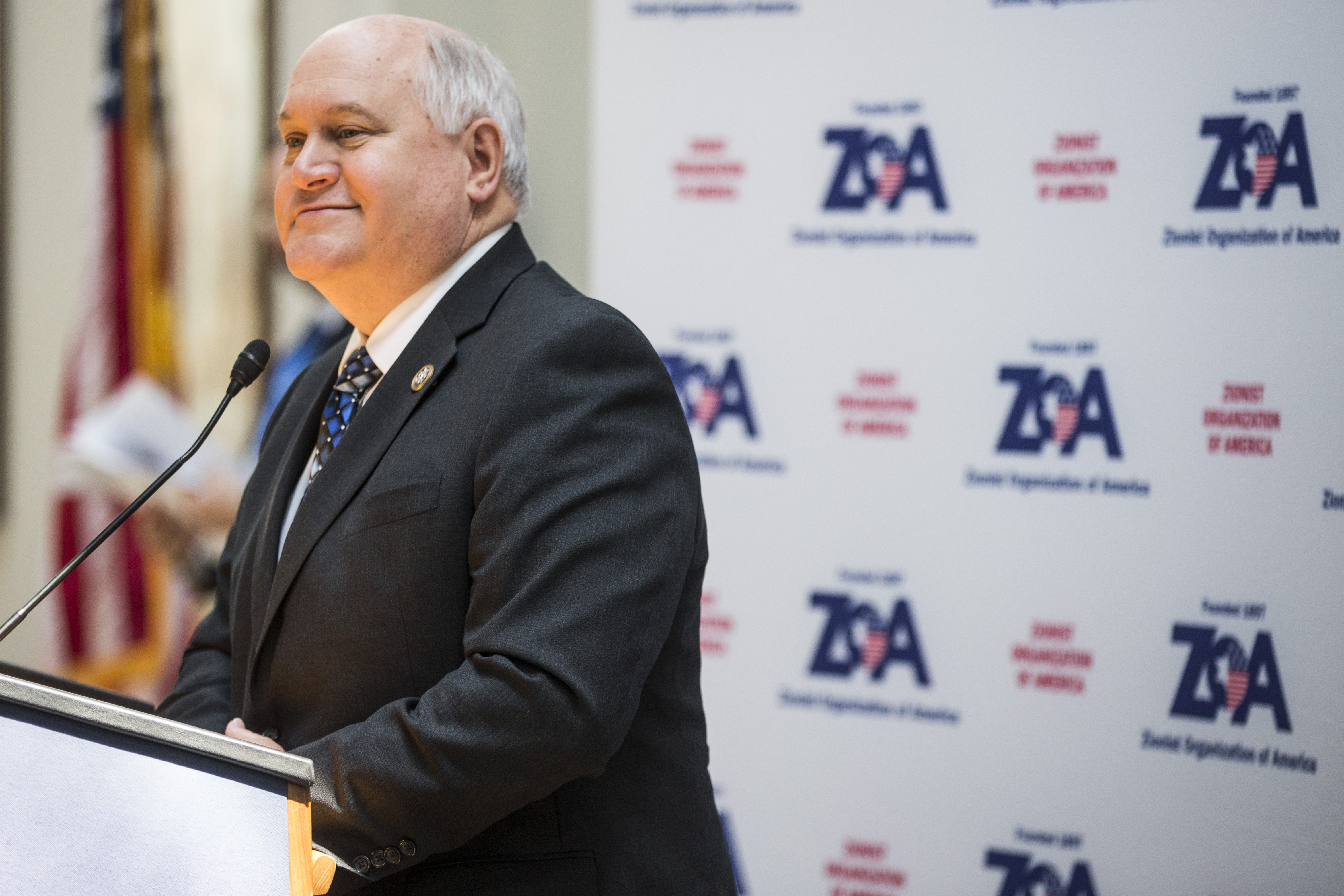 Estes was joined in this position by former Representative Brat who agreed that the Second Amendment “ain’t there for hunting folks, it’s there to protect us from tyrannical governments.” (RELATED: Joe Biden Claims A Whopping 150 Million People Have Been Killed By Guns Since 2007)
Brat also encouraged gun owners to take a strong stance against politicians like Joe Biden, Bernie Sanders or Michael Bloomberg who advocate confiscation of certain types of guns. “Don’t think for a minute that somebody’s a moderate if somebody says… we won’t take all of your guns away just some of them,” he said.
Panel moderator and political commentator Ben Ferguson agreed with the Congressmen, adding that he fears the weaponization of the state against pro gun advocacy groups like the NRA. He also shared that he owns a gun store that has been denied services by a local bank, noting that this may emerge as a new tactic employed by those hostile to the Second Amendment.

1
Chinese Markets Reopen — And They Still Sell Bats, Dogs And Cats
World
2
'Nasty, Snarky Question': Trump Gives CNN's Jim Acosta An Earful During Coronavirus Briefing
Politics
3
EXCLUSIVE: As Coronavirus Crippled Small Businesses, Some Lenders Pounced
Investigative Group
4
Here's A List Of Some Of The Most Unusual Animals, Reptiles Available At A Typical Wuhan Wet Market
World
5
Trump Says US ‘Will Not Pay’ For Harry And Meghan’s Security Detail
US