A former U.S. prisoner under the Castro regime is claiming that Vermont Sen. Bernie Sanders once visited him in captivity and said he couldn’t understand “what’s so wrong” about Cuba.

Alan Gross — an American who was incarcerated in Cuba from 2009 to 2014 and suffered from ailing health conditions — is claiming that Sanders lauded the communist government during a U.S. congressional delegation visit.

The longtime prisoner told NPR that Sanders, while speaking to him in captivity in 2014, said he just couldn’t understand what’s negative about the country’s government.

“He said, quote: ‘I don’t know what’s so wrong with this country,'” Gross said to NPR.

While Tester said that he did not remember the conversation, a Heitkamp source told NPR that the former senator recalled an “uncomfortable exchange” between Sanders and Gross taking place.

The Daily Caller News Foundation reached out to the Sanders campaign for comment, but did not receive a response.

Gross was arrested in 2009 while working in Cuba to develop Internet access for the island’s Jewish community after finishing a U.S. Agency for International Development subcontract. The Castro regime charged Gross with espionage — an accusation that both Gross and the U.S. government denied. 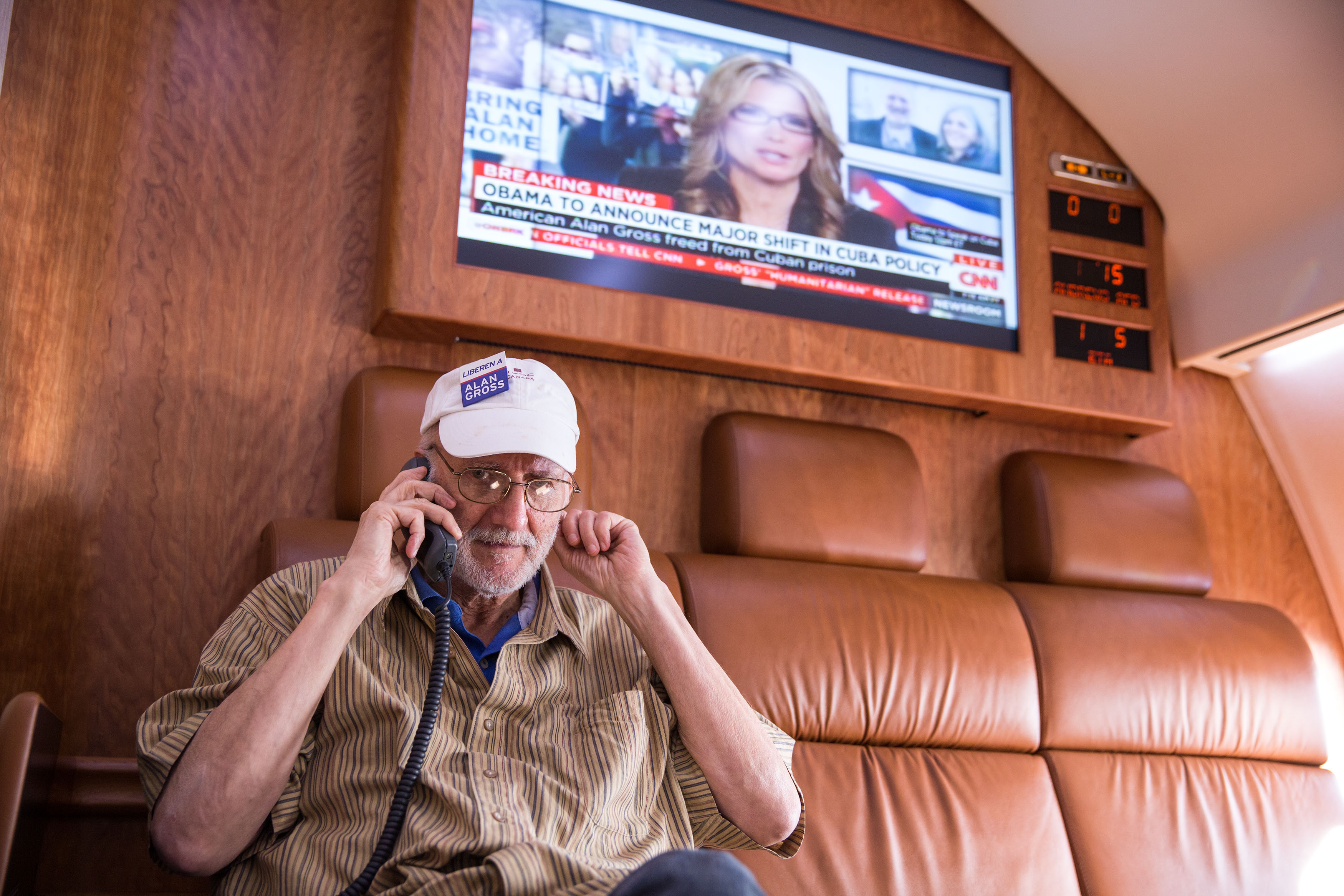 Alan Gross talks with President Barack Obama onboard a government plane headed back to the US in this December 17, 2014 White House handout photo. REUTERS/Lawrence Jackson/White House/Handout via Reuters

He endured major deterioration of his health during his 1,841 days in custody, losing 100 pounds and five teeth. Gross also says his captors threatened to rip his fingernails out and hang him.

“The first year of my captivity was akin to sensory deprivation because I saw about 20 minutes of sunlight during the first year,” Gross told NPR.

The Obama administration lobbied heavily for his release, and ultimately was able to bring him home to the U.S. in December 2014 in exchange for the release of three Cuban nationals convicted of spying. Ahead of his release, the congressional delegation visited Gross, where he says he had pleasant conversations with Tester and Heitkamp, but not Sanders.

“Senator Sanders didn’t really engage much in the conversation,” Gross stated. It was near the conclusion of the conversation, however, when the self-described democratic socialist allegedly said he didn’t understand what was so bad about the country’s autocratic government.

“I just think, you know, it was a stupid thing for him to do,” Gross said. “First, how could he not have seen the incredible deterioration of what was once the grandeur of the pre-Castro era. And two, how could be so insensitive to make that remark to a political hostage — me!”

Gross’ claim is far from an isolated incident.

Sanders, throughout his long history in politics, has made numerous laudatory comments about far-left, autocratic regimes across the world. The democratic socialist lawmaker is on record praising aspects of the Castro regime, the Soviet Union, and the marxist Sandinista government in Nicaragua. (RELATED: House Democrats Block Resolution Condemning Bernie Sanders’s Praise Of Fidel Castro)