From his proclamation that billionaires should be taxed out of existence to his positive comments about communist Cuba, Independent Vermont Sen. Bernie Sanders has not been a stranger to contentious statements.

However, before he made a name for himself as the nation’s most prominent “democratic socialist,” Sanders was a prolific writer, and some of the things he chose to write about might turn far more heads than any Medicare for All proposal or comment about the Cuban literacy rate.

Sanders had some thoughts about what really causes cancer while living and working in rural Vermont after graduating from the University of Chicago. In 1969, he claimed in an article written for the Vermont Freeman that sexual inactivity contributed to women’s breast cancer. 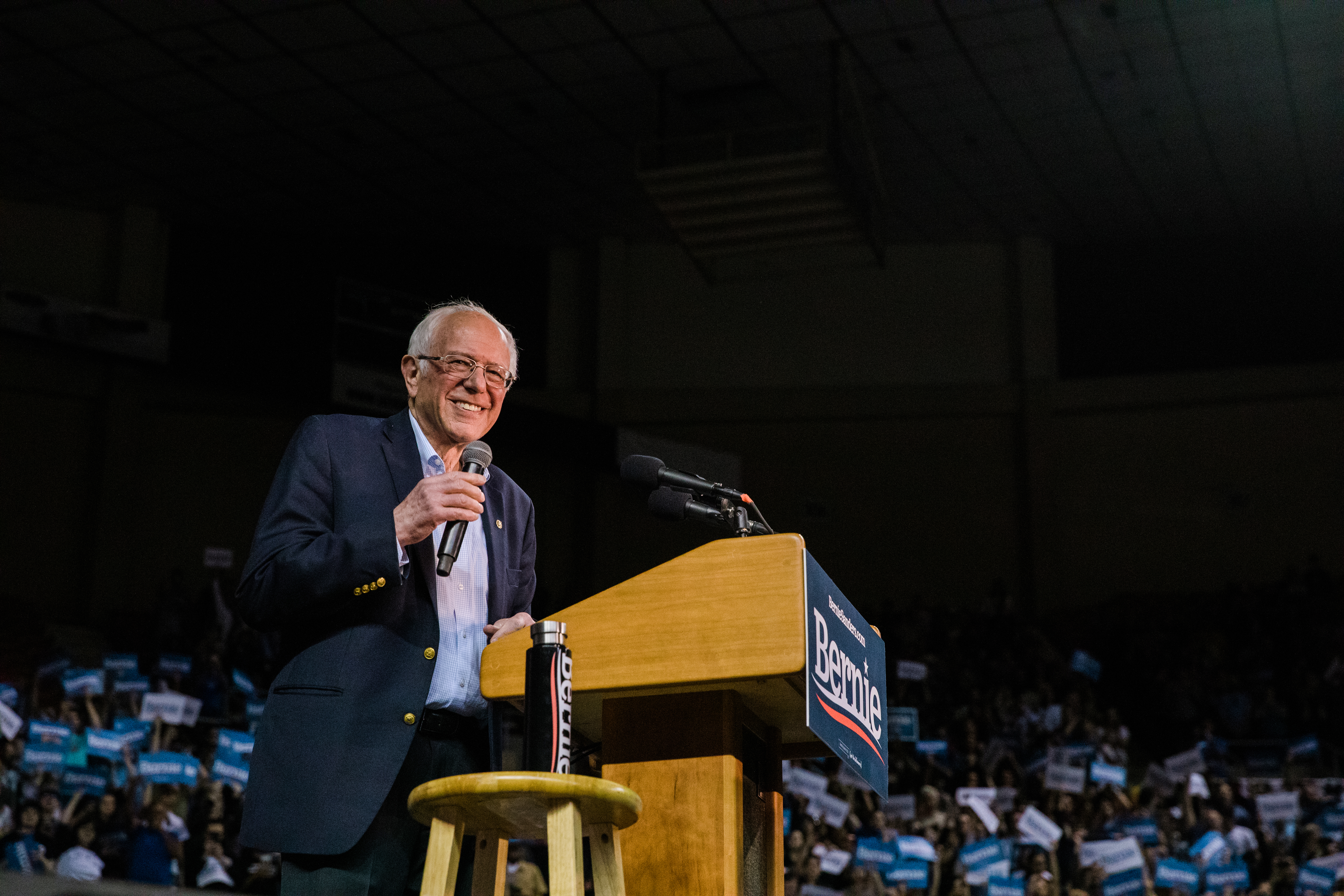 “The manner in which you bring up your daughter with regard to sexual attitudes may very well determine whether or not she will develop breast cancer, among other things,” Sanders wrote in the article — dubbed “Cancer, Disease and Society.”

“How much guilt, nervousness have you imbued in your daughter with regard to sex?” he continued.

In the same article, Sanders also posited the theory that most diseases were psychosomatic and that a “revolution in society could eliminate disease.”

“Will society be changed so as you fit the needs of the human organism,” he wrote, “or will the human organism continue to be adapted, molded, and crushed to fit into basically insane and disease provoking patterns?” (RELATED: Sanders Once Said He Didn’t Understand ‘What’s So Wrong’ With Cuba, Former Prisoner Recalls)

Sanders reiterated this belief in 1981 — the year he first took office as mayor of Burlington, Vermont — in another article, “Disease, to a large degree, is caused by the way we live in society.”

“I have my own feelings about what causes cancer and the psychosomatic aspects of cancer,” Sanders doubled down at a media event in 1988.

While Sanders cited a study from 1954 to support his stance, the American Cancer Society has stated that there is no evidence that “emotions can cause cancer or help it grow.”

In another 1969 article for the Vermont Freeman, Sanders argued that young children should be allowed to be naked, and even touch each other’s genitals, in order to foster healthy sexual attitudes between girls and boys. He also noted that such a revolution in gender relations would wipe out the pornography industry.

“In Vermont, at a state beach, a mother is reprimanded by Authority for allowing her 6-month-old daughter to go about without her diapers on,” he wrote. “Now, if children go around naked, they are liable to see each others sexual organs, and maybe even touch them. Terrible thing! If we (raise) children up like this it will probably ruin the whole pornography business, not to mention the large segment of the general economy which makes its money by playing on peoples sexual frustrations.” 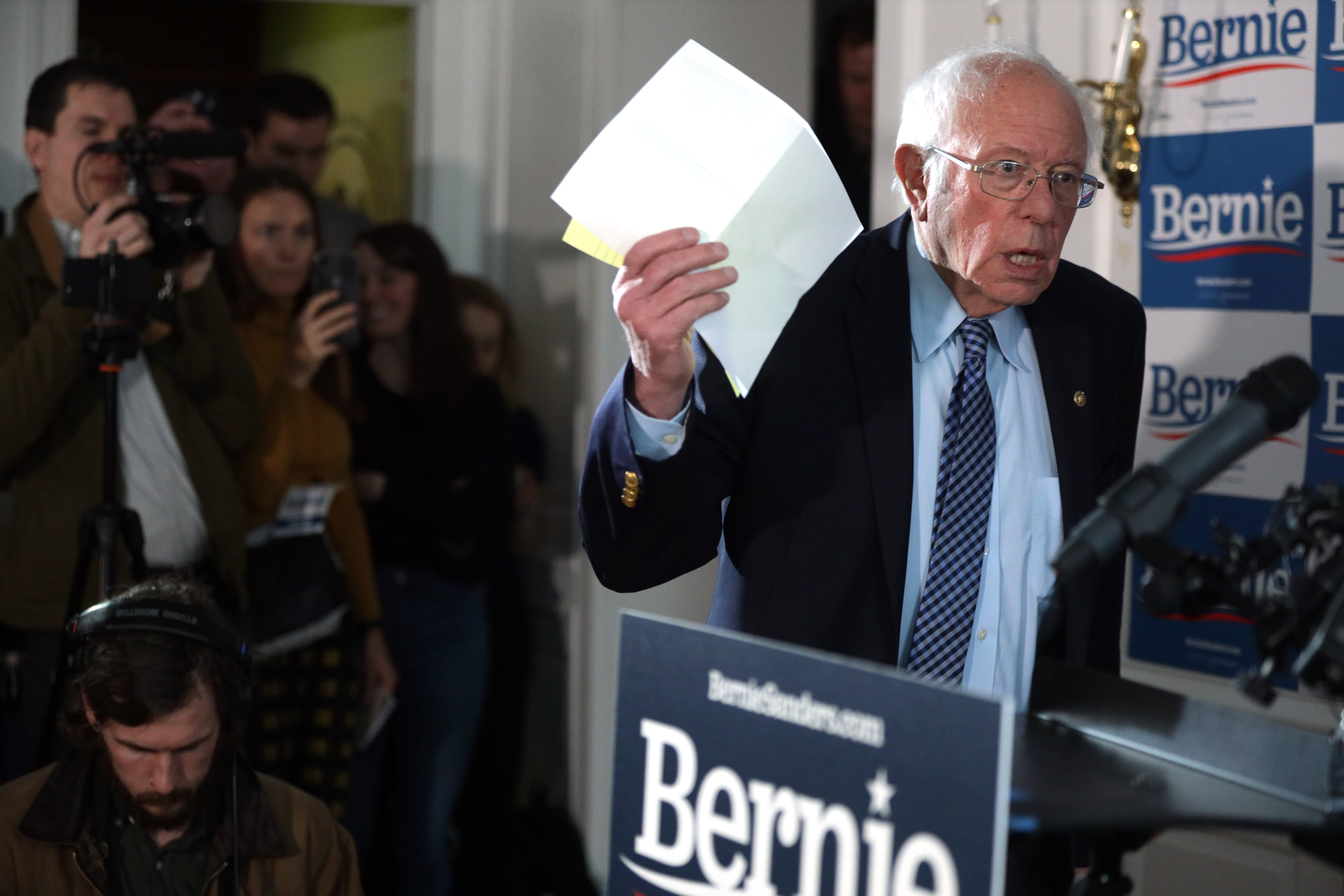 This article became a point of contention in the 2020 campaign after an adviser to former New York City Mayor and then-presidential candidate Mike Bloomberg referenced it on the CNN show “New Day.”

In a 1972 article — written eight years after he had graduated from the University of Chicago and in the same year he ran for governor of Vermont as a member of the Liberty Union Party — Sanders wrote about sexual fantasies of men and women, including bondage and rape. Sanders begins the article by stating that “A man goes home and masturbates his typical fantasy. A woman on her knees. A woman tied up. A woman abused.”

He continued, “A woman enjoys intercourse with her man — as she fantasizes being raped by three men simultaneously …. Do you know why the newspapers with the articles like ‘Girl, 12, raped by 14 men’ sell so well? To what in us are they appealing?’’

The rest of Sanders’ article focused on the changing gender roles and stereotypes in the context of the counterculture movement in the late 1960s and early 1970s. (RELATED: New Video Uncovered From Bernie Sanders’s USSR Honeymoon)

The article became a issue during Sanders’ first run for the Democratic nomination in 2016.

“No, it was bad fiction. I learned my lesson. I think I could make a good president, but I write fiction pretty poorly,” Sanders said while on Late Night with Seth Meyers, after Mother Jones published an article in 2015 referencing his work. 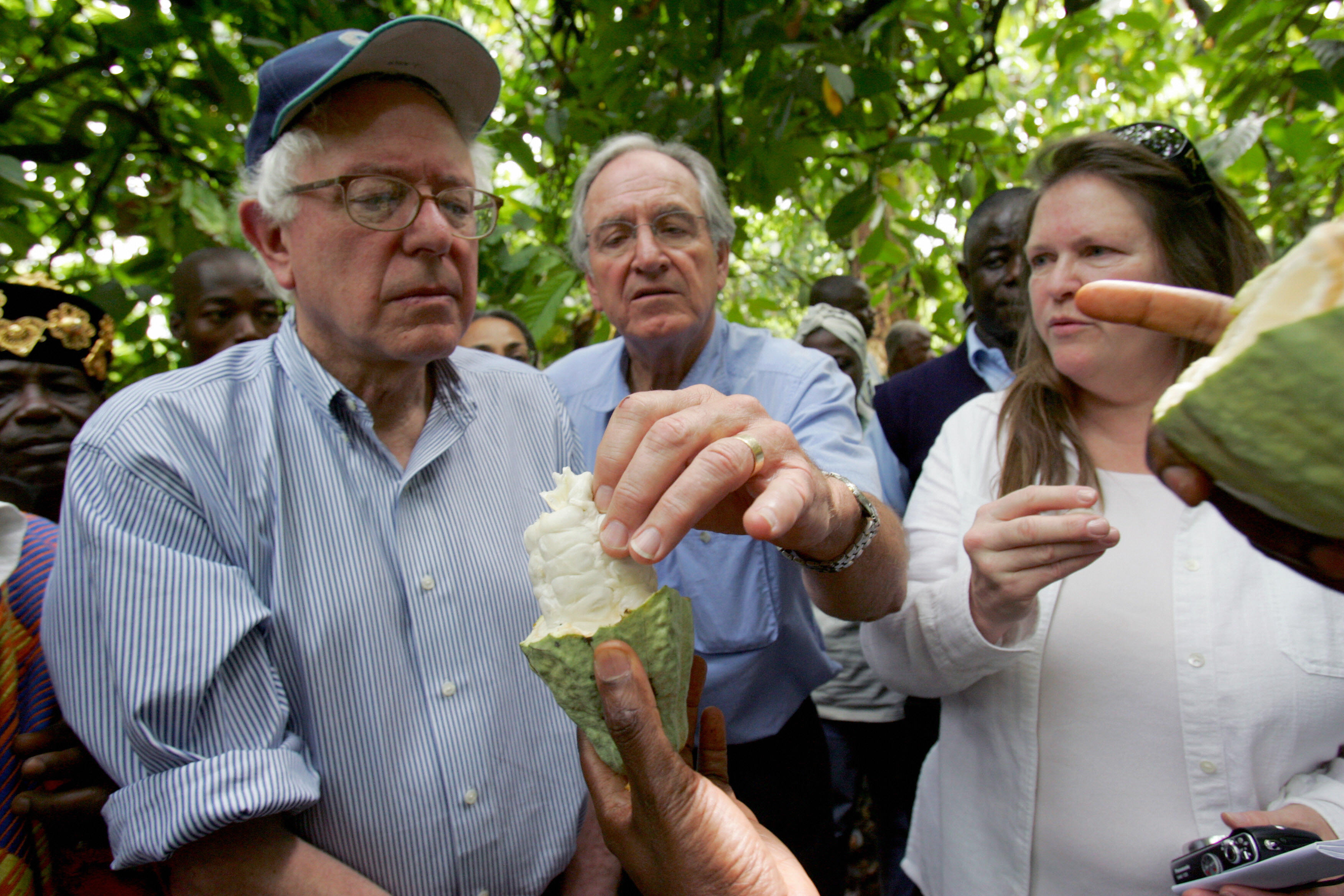 US Senators Thomas Harkin (C, Bernard Sanders (L) and Sander’s wife hold cacao beans as they visit a cacao plantation in Kouadioyaokro village, 150 km from Abidjan, 09 November 2008. US Senators Tom Harkin and Bernie Sanders visit comes ahead of a July 2008 certification deadline to ensure cocoa heading to the United States — the third largest importer of Ivorian cocoa — has not been produced with child labour. (Photo: ISSOUF SANOGO/AFP via Getty Images)

The Sanders campaign also described the article to the Washington Post as a “dumb attempt at dark satire intended to attack gender stereotypes in the 1970s, and it looks as stupid today as it was then.”

Sanders has become more famous for his statements about Cuba, the Soviet Union and the merits of “democratic socialism,” and has attempted to downplay his past literary ventures as experiments in stream of consciousness.