The Trump administration, citing national security concerns, issued a veto warning against a Democratic bill that would rescind the president’s travel ban.

The White House issued a public warning to congressional leaders Tuesday, announcing that if the No Ban Act were to land on President Donald Trump’s desk, his advisers have recommended he veto the legislation. The No Ban Act was introduced by House Democrats seeking to reverse the president’s travel ban on several countries deemed by the administration to be high risk.

“This legislation would limit the President’s authority to suspend or restrict aliens from entering the United States when he determines such action to be in the national interest,” read a White House statement released Tuesday.

The administration not only cautioned against limiting the president’s power to bar dangerous individuals from entering the interior of the U.S., but also raised the added threats brought on by the spread of the novel coronavirus, also known as COVID-19. 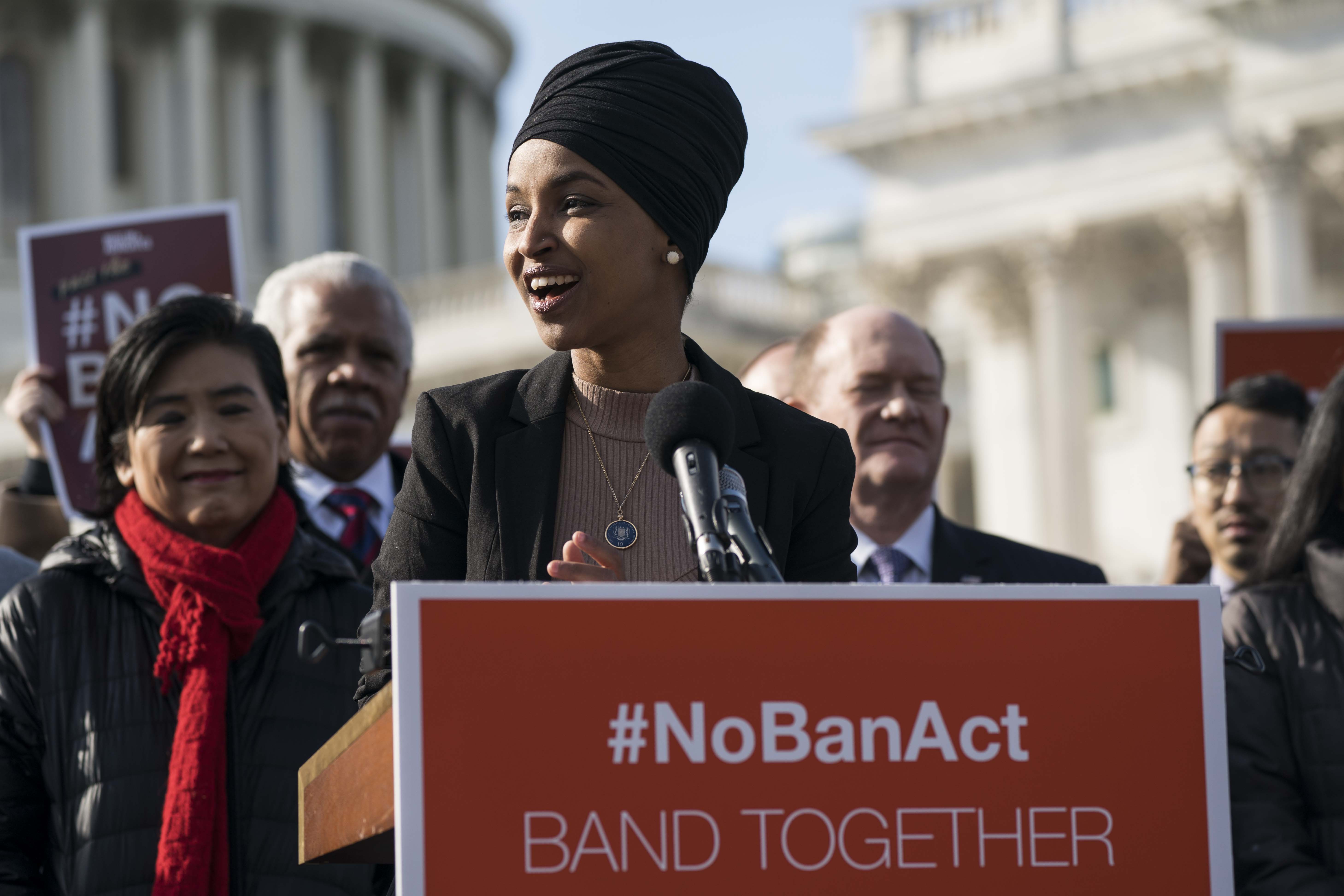 Rep. Ilhan Omar (D-MN) speaks during a news conference outside of the U.S. Capitol on January 27, 2020 in Washington, DC. Senate and House democrats are calling for the passage of the NO BAN Act to end President Trump’s travel ban which they call discriminatory. (Photo by Sarah Silbiger/Getty Images)

“[The No Ban Act] would harm the national security of the United States. Notably, the President’s authority to restrict travel into the United States has been central to the Administration’s ongoing efforts to safeguard the American people against the spread of COVID-19,” the statement continued. “At a minimum, [the legislation] would cause dangerous delays that threaten the safety, security, and health of the American people.”

Trump moved to ban certain nationals from entering the U.S. almost immediately upon assuming office. The president issued his first travel ban in January 2017, but that order was blocked in federal court. His next travel ban order also met resistance at the juridical branch.

It was his third travel ban that survived a challenge all the way to the Supreme Court in June 2018, allowing the order to remain in place.

The administration’s ban originally restricted travel from seven countries: Syria, Iran, Libya, Yemen, Somalia, North Korea and Venezuela. Because most of the countries have majority-Muslim populations, detractors of the executive order have deemed it a “Muslim ban.”

This list has only grown. In late January, the Department of Homeland Security (DHS) announced the addition of six countries: Burma (Myanmar), Eritrea, Kyrgyzstan, Nigeria, Sudan and Tanzania. A spokesman said these countries were added due to their inability to meet certain security standards.

However, even if the bill were to pass the Democratic-controlled House, it faces a bleak future in the GOP-controlled Senate.

The administration, nevertheless, cemented its opposition to the bill.

“The NO BAN Act would needlessly upend this careful and thorough process and replace it with burdensome bureaucratic requirements that unduly limit the President’s authority to respond quickly to threats and protect the public,” the White House statement continued.