Republican Ohio Gov. Mike DeWine suggested Monday that the Tuesday primary should be postponed due to fears of coronavirus, which continues to spread rapidly throughout the U.S.

“It is clear that tomorrow’s in-person voting does not conform and cannot conform with these CDC guidelines. We cannot conduct this election tomorrow,” DeWine said at a press conference.

“The power to suspend an election, the power to delay an election, is not one we have. It rests with the legislature and the courts,” Ohio Secretary of State Frank LaRose added at the press conference, Politico reported.  “I hope and anticipate the judge will agree with us.” 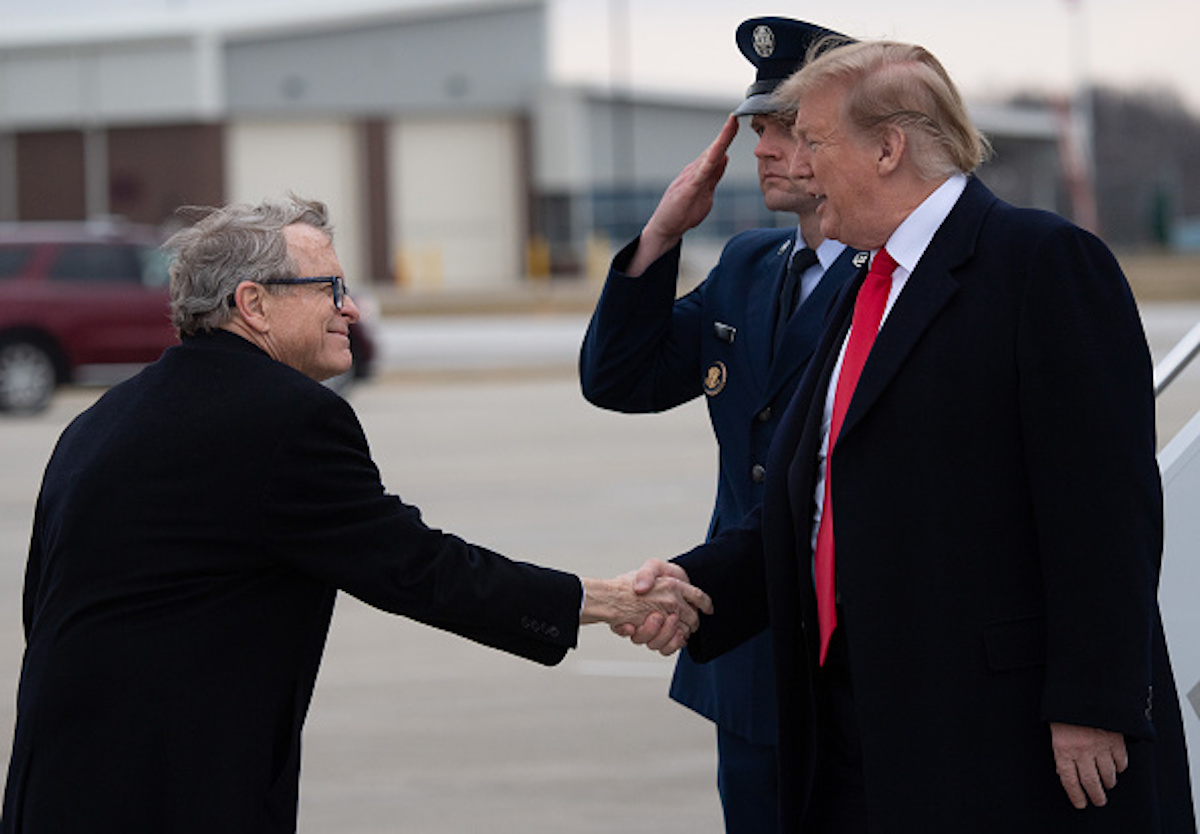 US President Donald Trump shakes hands with Ohio Governor Mike DeWine as he disembarks from Air Force One upon arrival at Akron-Canton Airport in Canton, Ohio, March 20, 2019, as he travels to attend a fundraiser. (Photo credit should read SAUL LOEB/AFP via Getty Images)

There are four states holding primaries Tuesday, including Arizona, Florida and Illinois. A judge will have to approve his request, as he does not have the power to make the decision.