Republican South Carolina Sen. Lindsey Graham on Wednesday held a press conference with a group of Republican Senators to call for an immediate fix to a “life-threatening drafting error” in the coronavirus package.

Graham was joined by South Carolina Sen. Tim Scott, Nebraska Sen. Ben Sasse, and Florida Sen. Rick Scott at the press conference to discuss the coronavirus emergency legislation. The presser was first announced in a tweet by Graham, saying they “will discuss a massive drafting error in the current version of the coronavirus relief legislation that could have devastating consequences.”

IMPORTANT:
The problem Sasse, Tim Scott and Graham have is that the UI benefits would be larger than what many low-wage workers make because of the *extra $600 per week.*

They worry that would create an incentive for low-wage workers to get laid off and stay laid off.

“A massive drafting error in the current version of the coronavirus relief legislation could have devastating consequences: Unless this bill is fixed, there is a strong incentive for employees to be laid off instead of going to work,” the group said in a statement.

“This isn’t an abstract, philosophical point — it’s an immediate, real-world problem.  If the federal government accidentally incentivizes layoffs, we risk life-threatening shortages in sectors where doctors, nurses, and pharmacists are trying to care for the sick, and where growers and grocers, truckers and cooks are trying to get food to families’ tables,” the statement said.

“This isn’t who we are as Americans; this isn’t what we do in a crisis. We must sadly oppose the fast-tracking of this bill until this text is addressed, or the Department of Labor issues regulatory guidance that no American would earn more by not working than by working,” the group concluded. 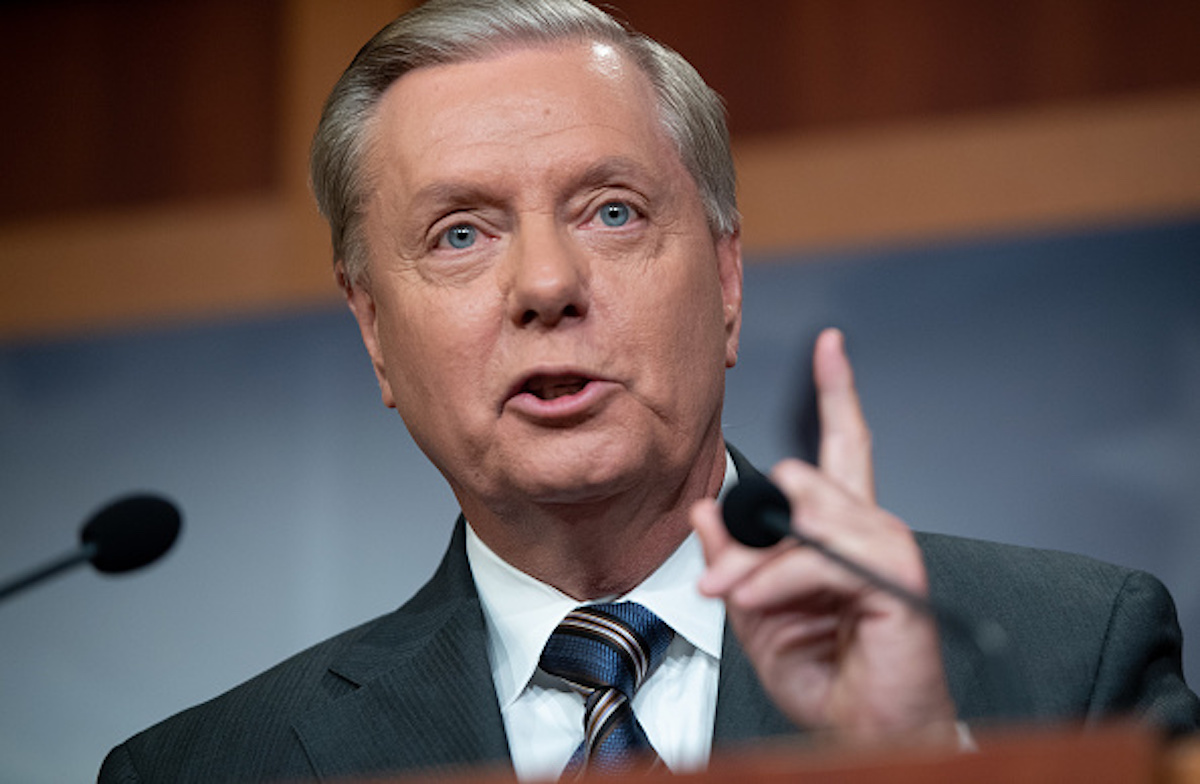 Senator Lindsey Graham, Republican of South Carolina, speaks about sanctions against Turkey at the US Capitol in Washington, DC, October 17, 2019. (Photo by SAUL LOEB/AFP via Getty Images)

Meanwhile, Speaker of the House Nancy Pelosi delayed the passage of the Senate’s coronavirus relief package on Wednesday, as the House was in session for nearly three minutes and then adjourned until Thursday.