The tweet was removed because it violated the platform’s policy against the distribution of misinformation surrounding coronavirus, a spokeswoman told the Daily Caller News Foundation on background because the company believes it can respond to press more quickly that way.

The Federalist’s account was “temporarily locked,” according to the spokeswoman. (RELATED: Twitter Gives Tech Billionaire Elon Musk A Pass After He Falsely Says Kids Are ‘Essentially Immune’ To Coronavirus)

“It is time to think outside the box and seriously consider a somewhat unconventional approach to COVID-19: controlled voluntary infection,” The Federalist wrote in the offending tweet that linked to a Wednesday editorial by Dr. Douglas Perednia, a physician based in Portland, Oregon.

Perednia’s editorial is titled “How Medical ‘Chickenpox Parties’ Could Turn The Tide Of The Wuhan Virus” and promotes the possibility that a “controlled infection” should be considered as a solution to the pandemic, which began in Wuhan, China, before spreading worldwide. 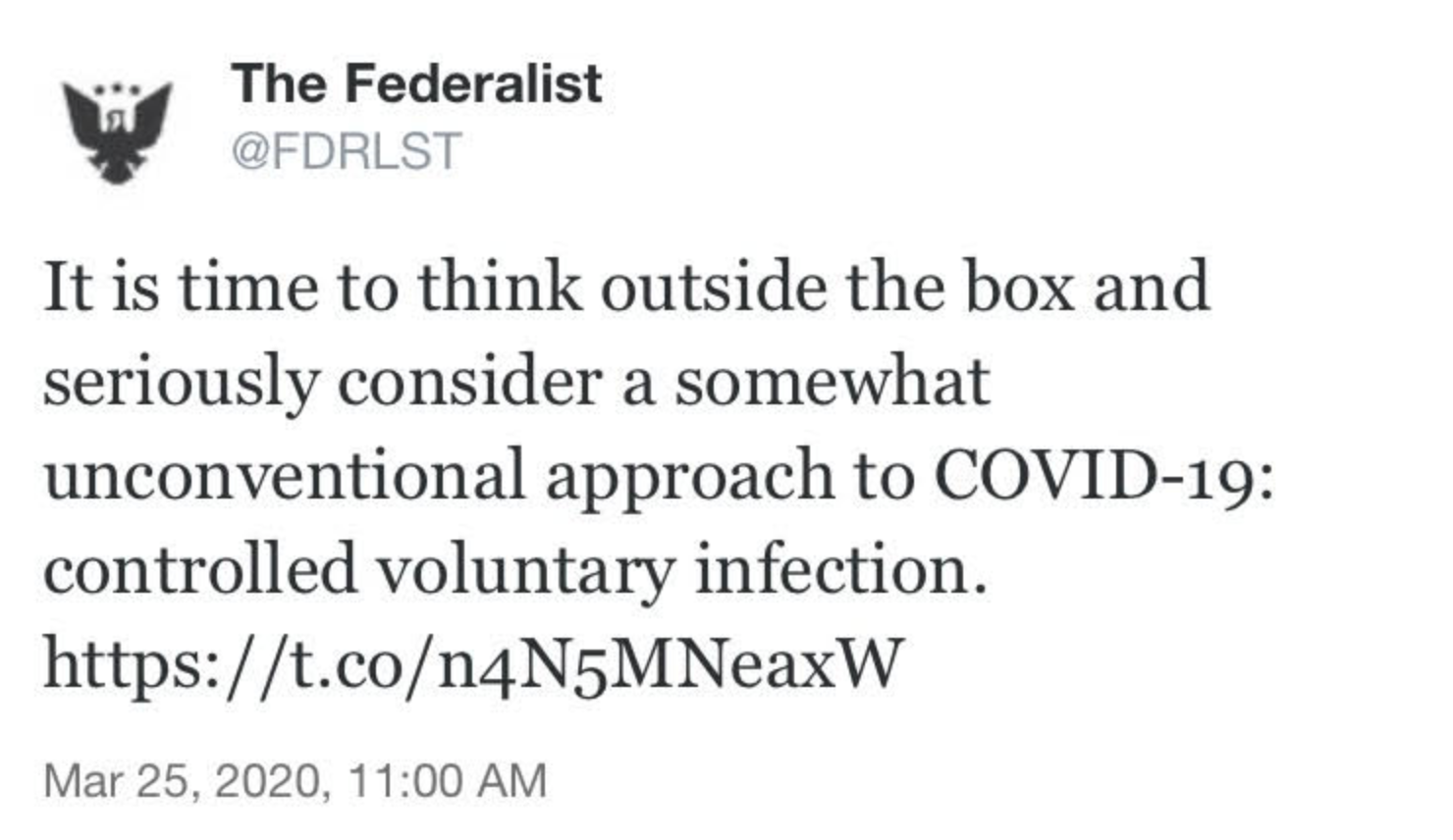 Twitter revised some of its policies to “protect the public conversation around COVID-19,” according to a March 4 blog post from the company. The update also bans advertisements that “opportunistically use the COVID-19 outbreak to target inappropriate ads.”

The virus has spread since February to 36 other countries and territories and has a global death toll of 3,041, according to the Centers for Disease and Control prevention numbers.

Deaths from the virus in China hit 811 on Feb. 9, surpassing the number of patients who died from SARS, China’s National Health Commission noted at the time. China has reported roughly 80,000 cases since February, though the number of cases in the country appears to be declining.

Twitter does not apply the policy consistently. The platform gave Tesla CEO Elon Musk a pass on March 20 after the Silicon Valley billionaire appeared to violate the company’s policies prohibiting coronavirus misinformation. He told his Twitter followers on March 20 that children are “essentially immune.”

The Federalist declined to provide the DCNF with a comment.