Rep. Jim Jordan, the top Republican on the House Judiciary Committee, called on House Democrats to invite Justice Department Inspector General Michael Horowitz to testify about his investigations of the FBI’s abuse of the Foreign Intelligence Surveillance Act.

Rep. Jerry Nadler, the chairman of the committee, has resisted requests to invited Horowitz to testify about his office’s report of the FBI’s mishandling of surveillance against former Trump campaign aide Carter Page.

Jordan renewed his request of Nadler after Horowitz released the preliminary results of an audit his office conducted of a sample of 29 applications that the FBI submitted to a federal court in order to spy on American citizens.

“Because of the pervasiveness and seriousness of the FISA application deficiencies — and the pending reauthorization of FISA — we renew our request that you invite Inspector General Michael Horowitz to testify at a public hearing promptly when the House returns to session,” Jordan wrote in a letter to Nadler obtained by the Daily Caller News Foundation. (RELATED: DOJ IG Inspected 29 FBI Spy Warrants And Found Problems With All Of Them) 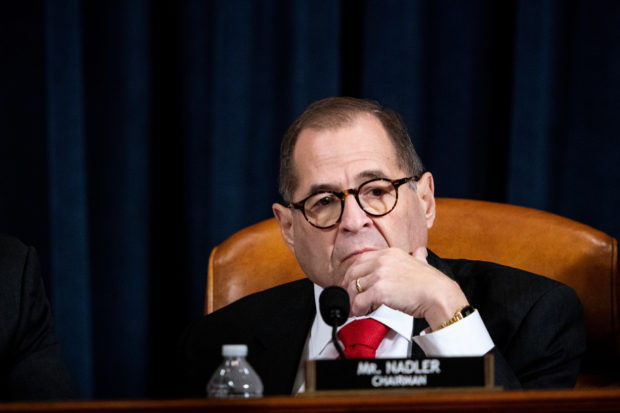 Horowitz’s investigators found problems in all 29 applications selected for audit. A memo that Horowitz sent to FBI Director Christopher Wray said FBI agents failed to complete a series of procedures — called Woods Procedures — that are in place to ensure that investigators verify every piece of evidence that is cited in FISA applications.

Horowitz began the audit as a follow-up to his investigation into the FBI’s surveillance of Carter Page.

That report found that FBI agents withheld information that undercut the bureau’s theory that Page was a Russian agent. Investigators also failed to disclose derogatory information regarding former British spy Christopher Steele. The FBI cited information from Steele throughout its surveillance warrant applications.

Horowitz’s latest report could potentially derail Congress’ reauthorization of several surveillance tools that the government uses to spy on foreigners and U.S. citizens.

The House struck a bipartisan deal on March 11 to reauthorize the surveillance tools after lawmakers agreed to enhance penalties and punishments for government officials who abuse the spy process. The Senate passed a 75-day extension of the surveillance laws on March 16.