Republican Wisconsin Rep. Bryan Steil introduced a bill Friday to rescind the $25 million for the Kennedy Center that was included in the $2 trillion coronavirus package, as they have laid off musicians.

In a phone call with the Daily Caller, Steil said “So we were negotiating this bill. Nancy Pelosi holds up getting relief to Americans to try to get this and other things in the bill. And so the day that the House passed this bill, I drove from Janesville, Wisconsin, to Washington, D.C. to be there.”

“I spoke on the bill, spoke about how I thought the funding for the Kennedy Center was inappropriate. And then before I left Washington, D.C. to drive back home, the day we passed the bill, I dropped this bill into the hopper and introduced it to start day one. The moment after we passed a bill to begin the work of improving it and getting out of the bill, inappropriate funding. A handful of days later, after this passes and you find out that the Kennedy Center is laying people off. That’s almost the icing on the cake,” Steil continued.

“Nancy Pelosi literally held the bill up for days to get her pet projects… Interesting she’d use the choice of words, ‘fiddlers,’ because it was the fiddlers, the violin players, all the musicians at the Kennedy Center that got laid off,” Scalise said Monday night on Fox News.

This comes as Kennedy Center sent an email to musicians in the National Symphony Orchestra saying their checks would be cut off starting April 3, the Washington Free Beacon first reported. This happened just hours after the news they received the news that they would be receiving the $25 from the coronavirus package. (RELATED: Pelosi Says Senate Coronavirus Bill Is Discriminatory To Residents In DC, One Day Before House Vote) 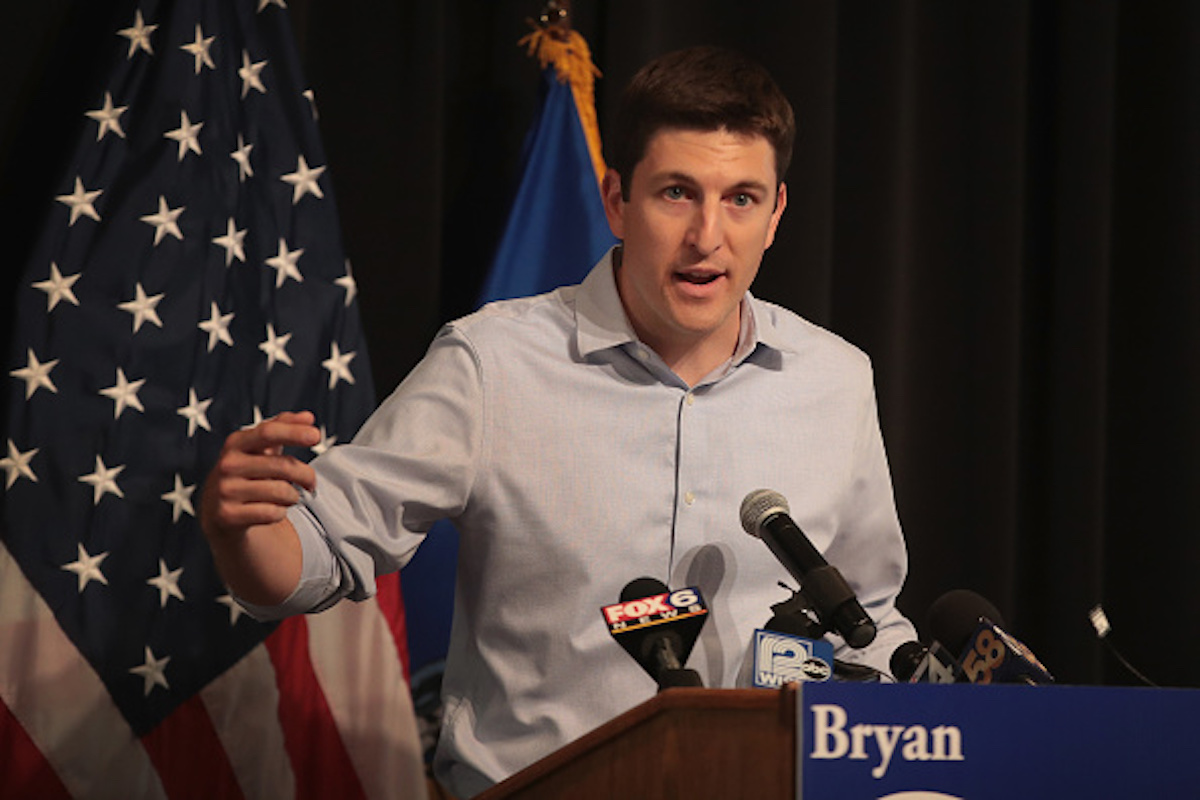 Republican congressional candidate Bryan Steil speaks at a rally on August 13, 2018 in Burlington, Wisconsin. Steil is running in the GOP primary for retiring Speaker of the House Paul Ryan’s seat in congress. (Photo by Scott Olson/Getty Images)

“The Covid-19 Advisory Committee was broadsided today during our conversation with [Kennedy Center President] Deborah Rutter,” the email states. “Ms. Rutter abruptly informed us today that the last paycheck for all musicians and librarians will be April 3 and that we will not be paid again until the Center reopens.”

“Everyone should proceed as if their last paycheck will be April 3,” it continued. “We understand this will come [as a] shock to all of you, as it did to us.” (RELATED: Kennedy Center Lays Off Musicians After Receiving $25 Million Arts Bailout)

Steil hopes to get continued support from his colleagues in the House on his bill in order to bring it to the floor for a vote.

The White House refused to comment on the matter when asked by the Daily Caller.