While the coronavirus pandemic has already claimed the lives of thousands of Americans, and the livelihoods of millions more, there is one group that seems to be benefiting from the chaos that has engulfed the nation: criminals.

Health officials have expressed concern that jails are like petri dishes, and that the prison population could be at high risk as the virus spreads. Some states and cities are attempting to reduce this risk by releasing inmates they deem to be low-risk and non-violent, but there is anxiety that the definition of those two words might broaden based on the ideology and hurriedness of certain public officials. (RELATED: Sen. Ron Johnson Calls For Parts Of The Economy To Re-Open)

Democratic New York Mayor Bill de Blasio announced Tuesday that his city had released 900 inmates, citing a “very complicated dynamic” that has changed the way New York City operates. De Blasio’s move came weeks after New York City’s Board of Corrections essentially called for the city’s jails to be unloaded. While de Blasio has pledged to release only “non-violent” inmates, a New York Post report published Tuesday found that the list of inmates de Blasio wanted to release included a man accused of killing an EMT, and two other men who’s alleged robbery led to the death of a New York Police Department (NYPD) detective. The three men on the original list were ultimately denied release by district attorneys, but their inclusion on the list sparked concern about who else New York might be letting out of its jails. (RELATED: Here’s What The Coronavirus Stimulus Package Actually Does) 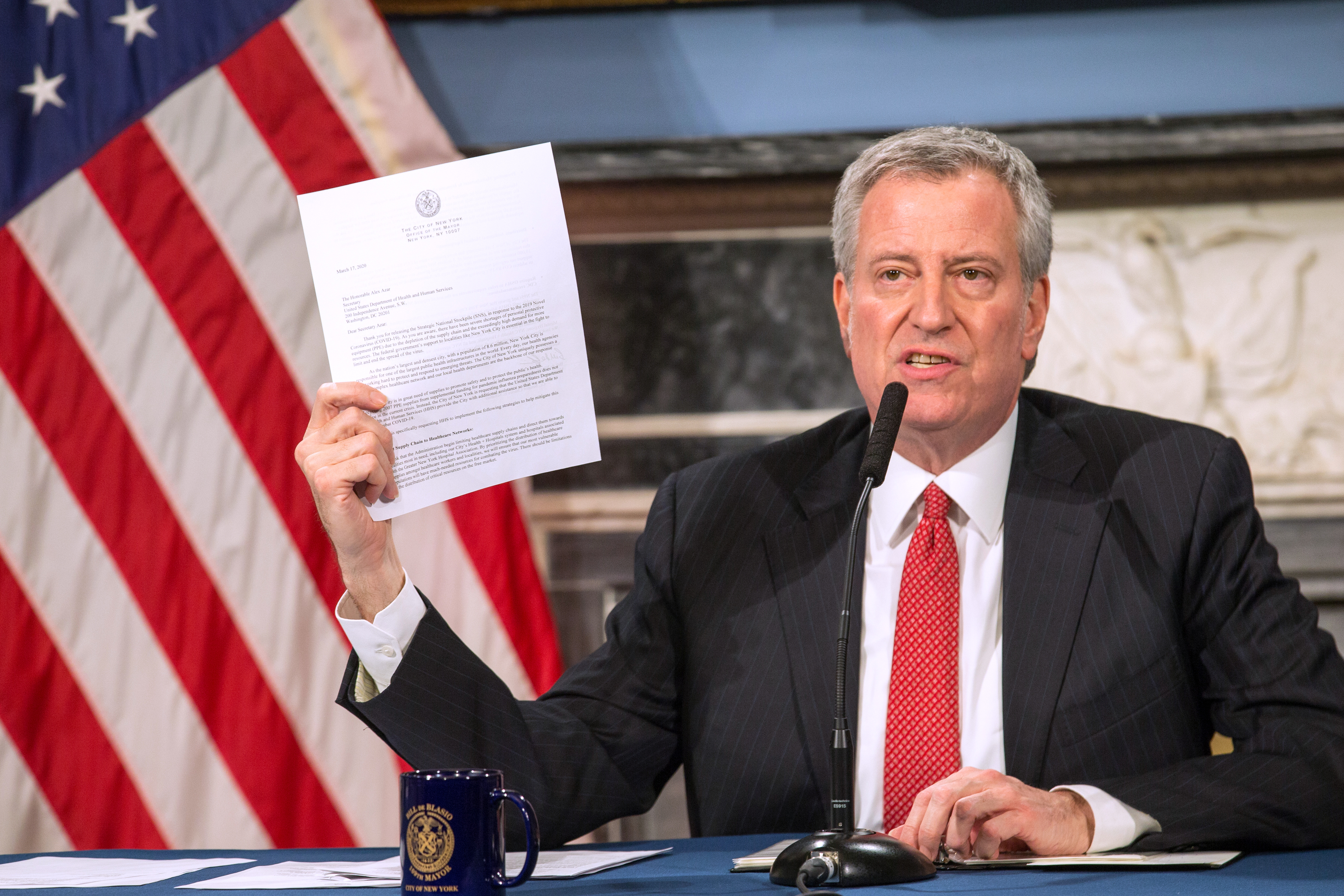 Republican Georgia Rep. Jody Hice, the ranking member of the Subcommittee on Government Operations, wrote a letter to de Blasio demanding answers about the hundreds of criminals from his city that are now roaming free.

“We are concerned about the New York City Department of Correction’s recent efforts to combat the spread of COVID-19 by releasing potentially dangerous and contagious inmates back into the city,” Hice wrote on behalf of the committee’s Republicans.

“Notice there’s no compassion for the normal people huddled in their homes, sitting there as thousands of criminals are released onto the streets,” Carlson said at the time. “Nobody cares about them. She doesn’t.”

However, the decision by certain local officials to release criminals out into the public has done more than just further inflame a tense political and cultural issues. These decisions have already had real world consequences.

A Utah man who was released from a halfway house last month was arrested just two days later, after he allegedly broke into a woman’s home and tied her up at knife point, an incident that was referenced in Hice’s letter.

“This is not a theoretical problem. On March 17, a man imprisoned for a parole violation and deemed ‘non-violent’ was released from detention in Utah as part of the State’s COVID-19 response,” Hice wrote. “Two days later he allegedly broke into a home, tied up the homeowner, and threatened to ‘cut her head off’ if she didn’t stop screaming and give him all her cash, credit cards, and PIN numbers.”

Complicating matters in New York City is how quickly the virus is spreading through law enforcement. More than 1,000 New York City police officers have contracted the virus, and 15% of the NYPD are currently out sick, according to The New York Post. The combination of law enforcement being sidelined and criminals being released from prison en masse would likely produce anarchic and chaotic results. Still, some left-wing advocacy groups and officials have seized on the opportunity to pursue their criminal justice agenda.

A Fairfax county prosecutor is seeking to release dozens of criminals from Virginia Jails, while California granted early release to thousands of inmates. Meanwhile, the ACLU sent a letter to the Department of Justice last month demanding the release of certain criminals from prison.

“DOJ must direct the U.S. Marshals Service (USMS) to release any individuals in their custody who are particularly susceptible to coronavirus, such as the elderly and those with chronic health conditions,” they wrote.

The ACLU also announced a lawsuit against Immigration and Customs Enforcement (ICE) last week, demanding that they stop detaining illegal immigrants during the pandemic. However, not all government leaders are going along with that agenda. Republican Texas Gov. Greg Abbott announced an executive order over the weekend that prohibits violent criminals from being released from Texas jails.

“Releasing dangerous criminals in the streets is not the solution,” Abbott said.

We want to prevent the spread of #COVID19 among prison staff & inmates.

But, releasing dangerous criminals in the streets is not the solution. #txlege #coronavirus pic.twitter.com/GEEB4icIUj

While most people agree that extensive measures are necessary to ensure the safety of inmates, the juxtaposition of criminals being released onto the streets while law-abiding citizens are forced to stay in their homes comes across as shocking.

Most Americans support strong measures being taken by governments to combat the virus, but will they continue to be ok with their daily lives being criminalized, while actual criminals have their crimes excused? That’s the question both political leaders and citizens must grapple with.