Islamic, left-wing and far-right extremists across the globe are taking advantage of the coronavirus pandemic, with many individuals attempting to use the upheaval to push their own ideologies and enact violence.

As governments put communities on lockdown and order their citizens to remain indoors, extremists are using the unprecedented circumstances to advance their own agendas. Since COVID-19 began spreading, there has been a growing number of documented examples of extremists groups trying to manipulate people online and even commit violence while security systems are vulnerable.

“Supporters of domestic and international extremist groups have encouraged followers to conduct attacks during the COVID-19 pandemic to incite panic, target minorities and immigrants, and celebrate the deaths of their enemies,” concluded a report released by the New Jersey Office of Homeland Security and Preparedness.

Al-Naba, a weekly newsletter published by the Islamic State of Iraq and Syria (ISIS), argued in a recent editorial that the coronavirus pandemic has created a security distraction, leaving an opening for terrorists to exploit, according to Homeland Security Today.

“The last thing they want,” the ISIS newsletter read, is for Islamist extremists to be preparing attacks “similar to the strikes of Paris, London, Brussels and other places.” The al-Naba editorial encouraged followers to launch attacks at the Western, non-Muslim world during the health crisis — and show no mercy.

Two military officers told The Associated Press that ISIS attacks in March spiked, but security forces were able to prevent at least three of other assaults.

The FBI shot and killed 36-year-old Timothy Wilson on March 24 to stop him from carrying out a terrorism plot. Authorities said Wilson was scheming a plan to bomb an unidentified hospital.

The 36-year-old, who frequented neo-Nazi room chatrooms, was motivated by “racial, religious and anti-government animus,” according to the FBI. Prior to his death, Wilson had spoken about the coronavirus pandemic, and expressed a belief that it was a disease introduced by Jewish people.

“If you don’t think the whole thing was engineered by Jewish people as a power grab, here is more proof of their plans,” he said, using the chatroom name Werwolfe 84. 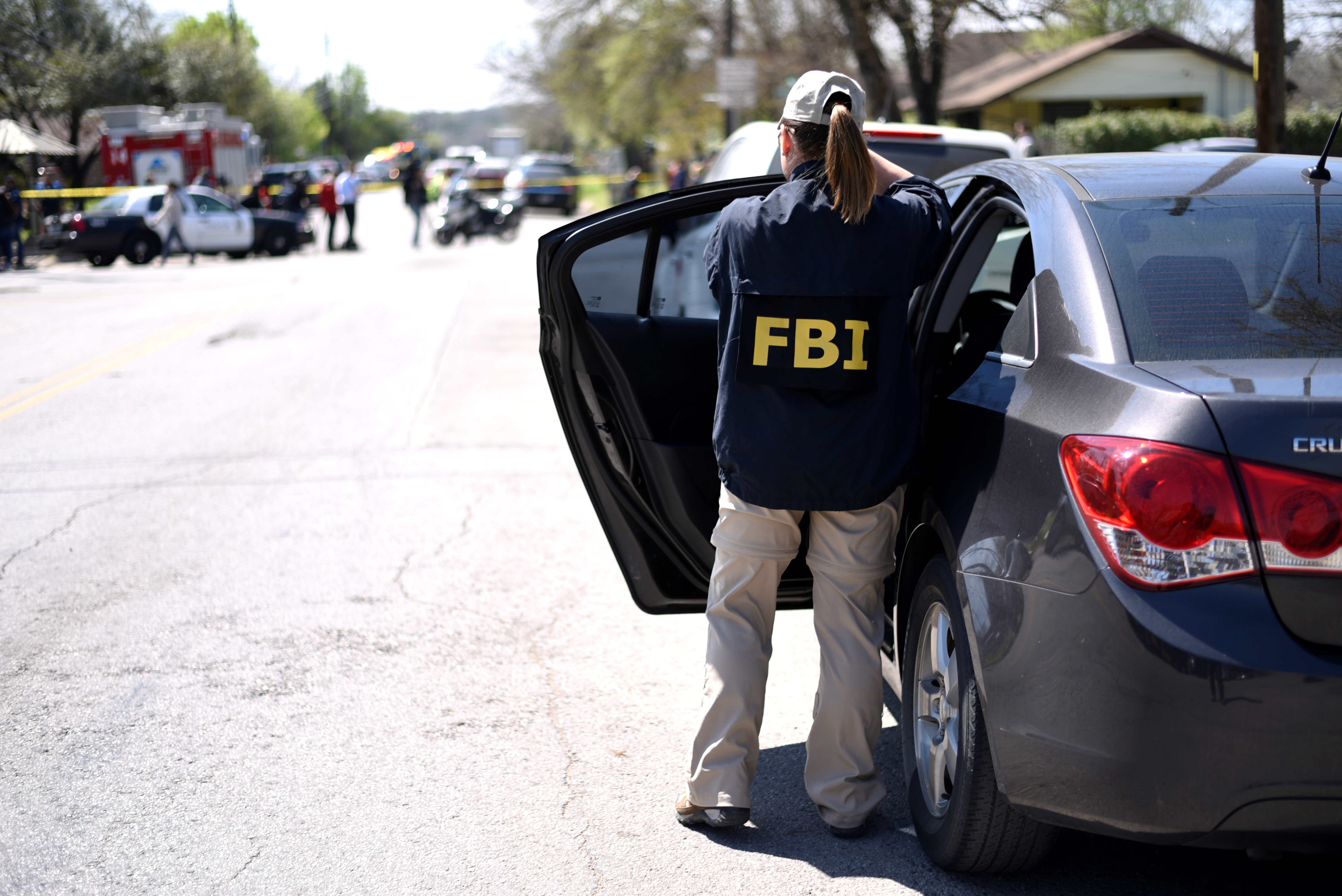 An FBI agent exits her car after arriving at the scene of an explosion on Galindo Street in Austin, Texas, U.S., March 12, 2018. REUTERS/Sergio Flores

Many left-wing intellectuals around the world are united in their belief that the current pandemic will finally bring an end to capitalism, according to Dr. Rainer Zitelman, a historian and sociologist.