The coronavirus pandemic has not deterred U.S. Attorney John Durham from pushing to end his investigation into the origins of the Trump-Russia probe.

Durham, the U.S. attorney in Connecticut, has increasingly focused on former CIA Director John Brennan’s role in shaping an intelligence community assessment that the Russian government meddled in the 2016 election explicitly to help Donald Trump, according to The Wall Street Journal.

Durham has been looking at whether Brennan pushed for a more aggressive assessment of Russia’s motives. One issue is whether a mole who the intelligence community relied on for insight into Vladimir Putin’s motives actually had access to the Kremlin.

The New York Times reported on Dec. 19 that Durham was seeking Brennan’s emails, calendars and other documents. 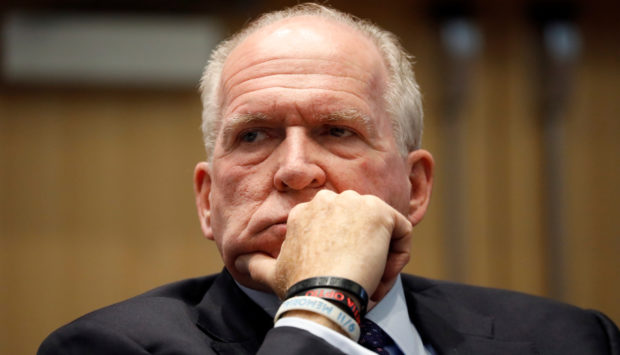 The emails include correspondence between Durham, aides to Barr, and Michael Horowitz, the Justice Department’s inspector general. Horowitz released a scathing report on Dec. 9 that blasted the FBI for submitting inaccurate and incomplete information to the Foreign Intelligence Surveillance Court in order to wiretap Carter Page.

The British government has rejected Durham’s request to interview Steele, who investigated the Trump campaign on behalf of the Clinton campaign and DNC, according to TheWSJ.

Sir Andrew Wood, a former British diplomat who set up a November 2016 meeting between Steele and an aide to John McCain, told The Journal that he has recently been contacted by Durham’s office.

The Justice Department released records this week that show Durham convened on a nearly weekly basis last summer with officials in Washington, D.C.

Durham traveled with Barr during that time period to meet with foreign intelligence officials, including in Italy and Australia. The pair inquired during their trip to Italy about Joseph Mifsud, a Maltese professor who had contact in 2016 with Trump campaign aide George Papadopoulos.