The Supreme Court on Friday announced they will delay its arguments throughout April as coronavirus continues to spread throughout the U.S., delaying arguments by Democrats to obtain President Donald Trump’s financial records that were already delayed in March.

“The Court will consider rescheduling some cases from the March and April sessions before the end of the Term, if circumstances permit in light of public health and safety guidance at that time,” Kathy Arberg, a Supreme Court spokeswoman, said in a statement. “The Court will consider a range of scheduling options and other alternatives if arguments cannot be held in the Courtroom before the end of the Term.”

The court postponed arguments scheduled for April 20-22 and April 27-29. 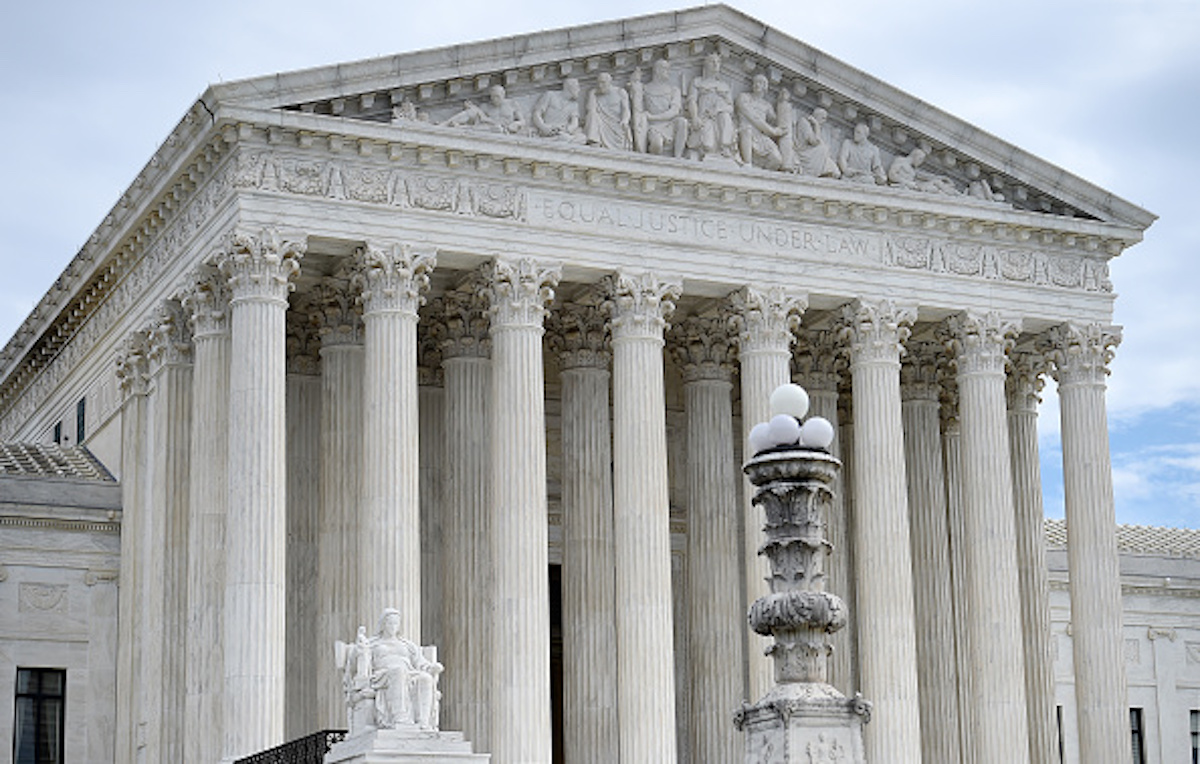 The US Supreme Court is seen on March 27, 2020 in Washington, DC. (Photo by OLIVIER DOULIERY/AFP via Getty Images)

The Supreme Court has had to cancel arguments before to due other pandemics, such as the Spanish Flu and yellow fever.