China’s agriculture ministry announced in a note published Wednesday that dogs would be reclassified as pets rather than livestock, Reuters reported.

In the note, the Ministry of Agriculture said that dogs would no longer be considered livestock, a designation used for animals that can be bred to provide food, milk, fur, fiber, and medicine, according to Reuters.

“As far as dogs are concerned, along with the progress of human civilization and the public concern and love for animal protection, dogs have been ‘specialized’ to become companion animals, and internationally are not considered to be livestock, and they will not be regulated as livestock in China,” the note said. 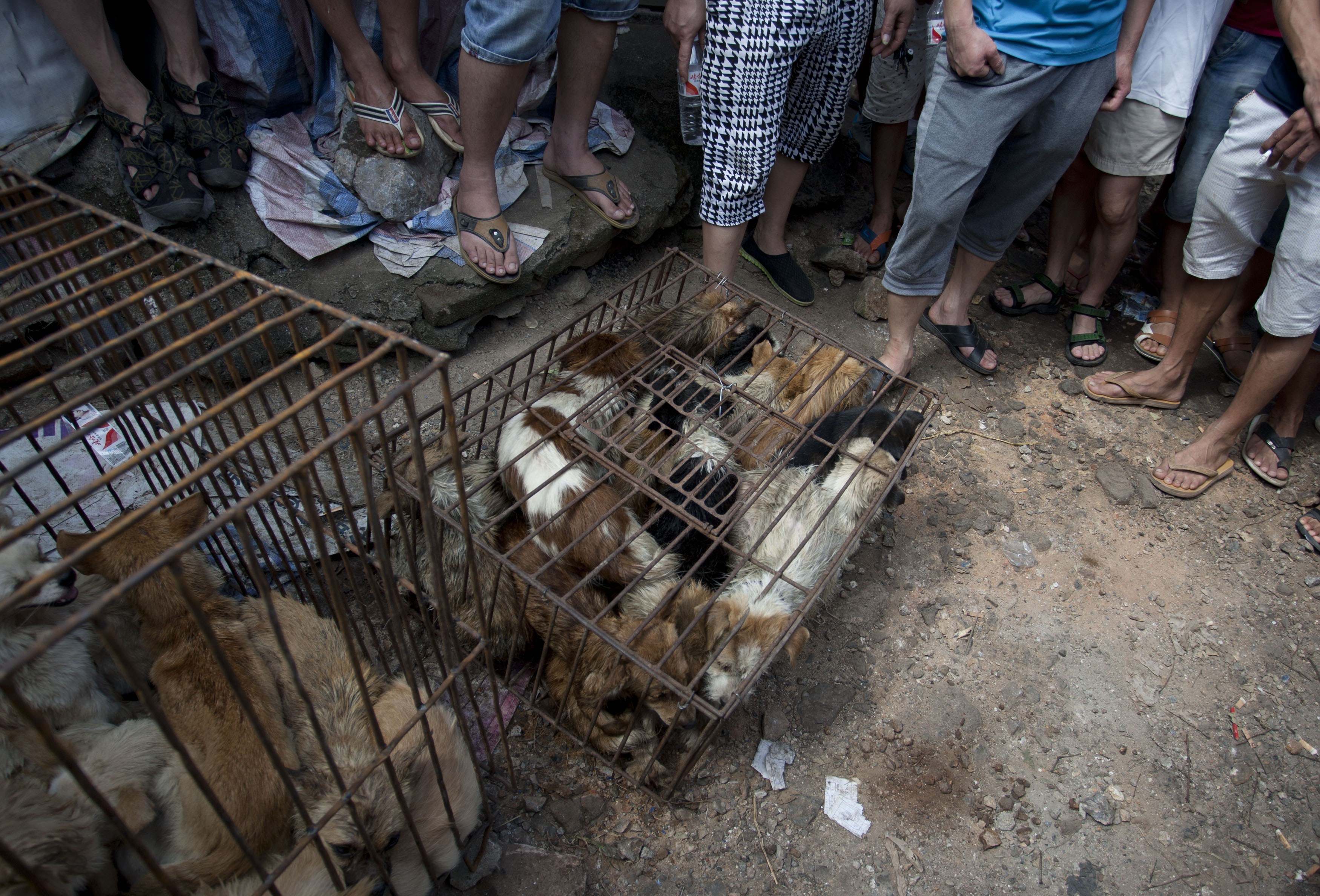 Chinese customers gather around dogs in cages on sale at a market in Yulin, in southern China’s Guangxi province on June 21, 2015. (Photo credit should read STR/AFP via Getty Images)

The announcement follows the ban on trading, breeding, and consuming wildlife, a measure enacted following the coronavirus outbreak, which is believed to have originated at a wet market in Wuhan, China. China has also received criticism and condemnation from lawmakers and United Nations authorities urging the ban of wet markets. (RELATED: Dr Fauci Says Wet Markets Should Be Shut Down ‘Right Away’)

Dog meat is a delicacy in many regions of China, and the Humane Society International estimated that around 10 million dogs are killed in China every year for meat, including stolen pets. There is also an annual festival called the “Yulin Dog Meat Festival” that spans about 10 days where thousands of dogs are reportedly consumed after being paraded in wooden crates and cages before being slaughtered.

This draft proposal could signal a game-changer moment for animal protection in China,” Wendy Higgins, a Humane Society International spokeswoman, said according to Reuters.